In the context of the global slowdown in trade and the efforts the Indian government is making to push for deeper and larger basket of exports, it is necessary to keep the policy space free. This will allow the government to sequence the reforms that helps the economy the most to derive the most value from them. 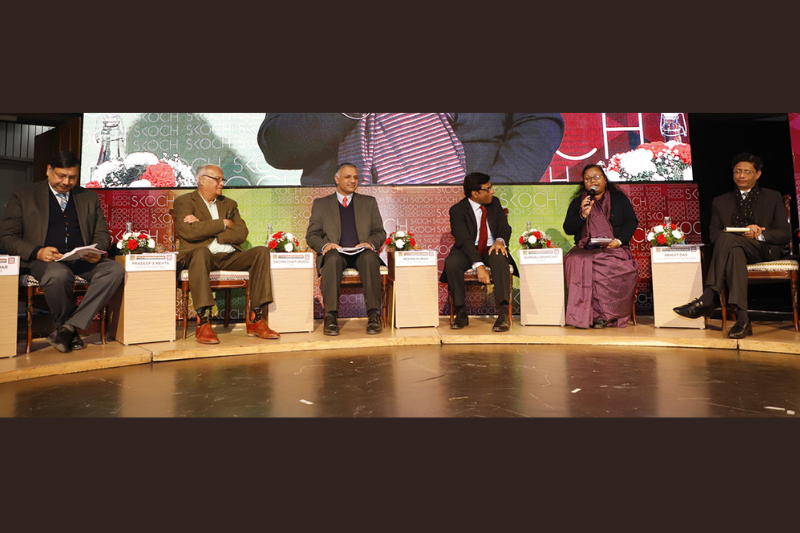 The fact and most agree that the government has to play a significant role to give India the competitive edge. To do that, it must not be pressurised by international commitments that may not be often in the best interests of the economy. The Indian market with a 1.3 billion plus population and recording one of the two fastest GDP growth rates in the world, has become the hot spots of the world economy and this is a sweet spot for the nation to exploit in this decade.

Sachin Chaturvedi, Director General of RIS said the key for trade policies to work in India’s favour is for it to be linked to a national industrial policy. There is a need to consequently move beyond the standard rhetoric, which makes Industrial Policy a hostage to broad principles. It should be extended to specifics. This means working out in details the precise rationale, the utility and the specific scope of what such a policy should address.

Within such an industrial policy, a critical element has to be the role of technology. Indian companies must be encouraged to create an edge in technology and that will need an informed understanding of the trends in global markets. Already the first set of advantages in supporting tech-oriented firms are showing up. “This means India’s technology gap is not that acute, as it is sometimes claimed. The exports of high technology-intensive products from India has risen from about $1.4 billion in 2014 to over $3.9 billion in 2019”.

He further added there is thus need to examine the reasons for the success of the sectors among the technologically advanced ones, where India is doing well. “In the field of bio-similar in the past few years, India now lags only the USA. Companies like Biocon and Shanta Biotech are bringing out impressive break throughs. The share of India in global supply of vaccines is now as high as 57 per cent”. The government must now move to take advantage of this surge by integrating the several commendable initiatives it has launched so that Skills India, Digital India and others do not continue to operate in silos. Also, to link financing to these breakthroughs there is a need to recreate at least one development financial institution, “The absence of DFIs has led to a gap in financing of long-term development projects. The public sector banks can’t fill in that role. As a result, you are not thinking big.”

Abhijit Das, Head, Centre of WTO Studies, said technology and the specific role data would play in the Indian economy will be massive. He said thanks to the earlier work by Indian negotiators in WTO which includes Mohan Kumar, now chairman of RIS, India has next to no commitments to open up its services economy. “We should exploit this advantage. I am sure new tech will not emerge in India, but in Silicon Valley or elsewhere. But it is not difficult without violating IP to copy that tech. That is our strength. To do so, however, we need to ensure that selective data that emerges from India should stay within the country enveloped by legal regulations. It has to be shared with our entities for exploitation if we are to share in the profits of the digital revolution.”

He described this policy as one of strategic protectionism and said despite the calls for free trade all major economies have practiced it.

According to Nagesh Kumar, Director and Head of the South and South-West Asia, of UNESCAP, India’s strength lay in its informal sector. “The capacity of the sector to adopt technology what we call jugad is phenomenal and is a manifestation of India’s technological skills. To make use of it however, we need to support a regime of petty patents in our industrial policy. This is what we need and this is what countries like Japan and Korea adopted in the first flush of their industrialisation. Their adoption of the international full-scale patents regime came much later”.  He also said this was possible, even if India joined the RCEP trade pact. “There has been no discussion on the dynamic gains from a trade pact of this stature. The treaty would have helped us to unleash industrial restructuring. As the lessons from the EU and NAFTA pacts show, it opens up fair chances for everyone to make both services and industry more competitive. India is losing a very important efficiency gain and must reconsider its position.”

The importance of staying engaged with trade pacts was made strongly by Pradeep Mehta, Secretary General of Consumer Unity & Trust Society (CUTS). He said signing on to them has not reduced space for the Indian government to carry through domestic reforms at its own pace. “We must remember that our decision to liberalise was not made on external pressures. As China also said when it entered WTO membership that it planned to lock-in its domestic reforms. For instance, our TRIPs reforms would not have happened if we are not in WTO. I agree we have competitive sectors and we have to ask them what they plan to do in next five years.”

However, Kumar session said he would disagree that there have been no costs to India signing onto TRIPs. “I don’t see a rush of patents from India as we see from China. There is a sequencing issue involved and that means keeping the policy space open for the government. For instance, applying the Gandhian talisman, even if a reform were to benefit 800 million citizens but hurts the poorest 400, we should not touch it. One reason we have kept agriculture out of trade negotiations is precisely this reason.? He said, similarly joining of RCEP has its costs and benefits.

Bornali Bhandari, senior fellow, NCAER said to create technological prowess for Indian companies it is necessary to improve the quality of data services. “I have been researching the reach of direct benefit transfer which is churning out enormous data and it shows suspect data quality is a key constraint for many of the firms to take advantage of the government’s Digital India initiative. If a firm has to be competitive, the ICT infra has to be good quality in tier II and III cities. Just hoping that the onset of 5G will solve all the problems in this respect will not help the firms become globally competitive.”