The Goods and Services Tax (GST) was introduced in India with so much of fanfare. 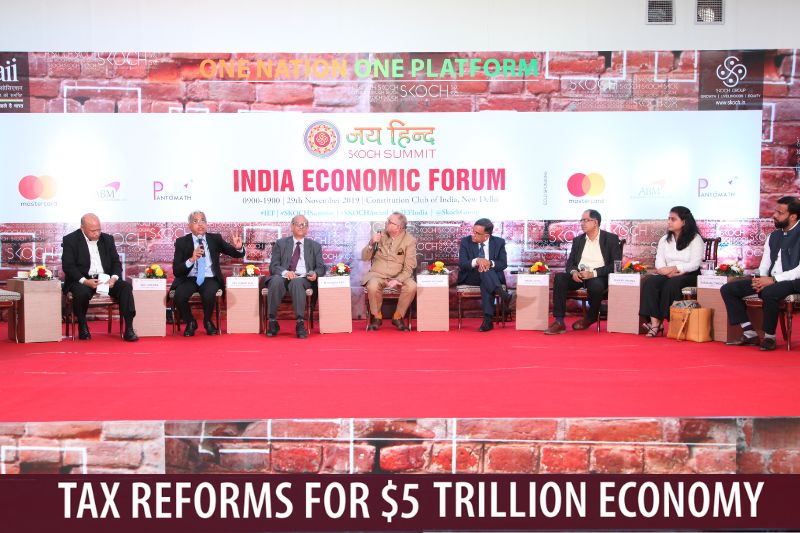 The Goods and Services Tax (GST) was introduced in India with so much of fanfare. It was dubbed as the biggest reform that would prove to be a game-changer initiative for the economy. The new indirect tax regime is in place for two and a half years now. Today, very few people agree that the GST framework has succeeded in achieving the desired outcome. If we go by the macro-economic numbers it would not be wrong to say that the new taxation framework has failed on several counts.

The GST was supposed to be simpler tax system with a few tax brackets. It was supposed to remove the cascading effect of taxes in the economy as well as promoting free movement of goods across states, thereby creating “one nation, one market”. A simplified tax regime was supposed to result in reduced compliance burden for taxpayers and promoting ease-of-doing-business in the country.

So as a concept and on paper this is indeed a gamechanger initiative. But why has it failed to deliver the desired results and what needs to be corrected?

The first, it was supposed to be a simpler taxation system with a few tax slabs. But in reality the slabs remain high and the process of return filing have in fact got more complicated. Currently, there are broadly five slabs – 0 per cent, 5 per cent, 12 per cent, 18 per cent and 28 per cent. Apart from these there are two slabs for precious metal. Gold is taxed at 3 per cent and rough precious and semi-precious stones are placed at a special rate of 0.25 per cent under GST. So the first change that is required to be done is to bring all the items in three slabs – 0 per cent, 12 per cent and 18 per cent. Some experts argue that the rates should be even lower at 0 per cent, 6 per cent and 15 per cent. Irrespective of the rates, most economists and taxation experts agree that the tax slabs should not be more than three. This means, some essential products and services especially those related to the lower section of the society could be exempted from the GST. After that there should be only two rates. This will bring huge simplification in the process.

In the GST framework the onus of tax collection seems to be passed on to the taxpayers. Today, a business is penalised if its customer or supplier fails to pay the GST. This creates fear and trouble for even the genuine taxpayers. It should be the role of the government to get the tax collected from each business. For the wrong committed by one business or entrepreneur some other people or businesses should not be penalised.

GST has negatively impacted small businesses. It has led to cash crunch. GST is paid in advance. It creates huge working capital problems for MSMEs, which are already stressed due to lack of credit from the banking system. There is a need to create a GST refund wallet. The entire system is electronic. The authorities clearly know how much money is due to a business and what kind of refund is required. The businesses should be allowed to utilise the funds stuck in refunds for making adjustments in other taxes. This will help ease the working capital issue.

Arun Goyal, Former Secretary, Government of India, said the GST rates needs to be rationalised and tax base need to be broadened. “The number of entities filing the return has gone up. But the tax base remains low. 78 per cent of GST tax revenue come from just 6 per cent tax payers,” said Goyal.

The GST network based bill discounting can be leveraged for providing credit to businesses, especially micro and small enterprises. All the invoices and bills need to be uploaded to the GSTN. This gives a clear idea of the status of the business of any company. Based on this the banks can easily grant credit to these firms. This can go a long way in addressing the credit issues with MSMEs.

Anil Sharma, Founder, A Sharma and Co said, “there is not enough leadership to lead the change. There is GST council; there is North Block and then there is GST Network. Each pulling in different direction.”

Ved Kumar Jain, Chairman, Ved Jain and Associates, said, “The GST implementation was expected to be too idealistic. The government should have done more homework before implementation.”

Multinational digital and e-Commerce companies have been evading taxes for years. It has caused huge loss to the exchequer. Digital MNCs mostly generate bills from tax haven countries leading to billions of dollars in losses to the exchequer. They must be made to pay tax on all the revenue generated from India. Companies like Apple pay just 1.6 per cent as tax on profits generated from global business.

Ravi Kant Gupta, author and Additional Commissioner of Income Tax, HQ Administration, New Delhi, said digital MNCs avoid taxes through different means like generating invoices and bill from tax haven countries. Such MNCs need to be taxed irrespective of the invoices being generated from the countries with which India has double taxation avoidance agreement. “Since we are the country that generates data, we generate intellectual property and we generate business. It must be taxed here,” Gupta added.
Suranjali Tandon, Assistant Professor, NIPFP, said the e-Commerce companies had been showing losses mostly to avoid tax. “Cash burn by e-Commerce companies need to be taxed,” said Tandon.

“So many things that used to come in the physical form are now coming in the digital form,” said Sharad Sharma, Co-Founder, iSPIRT Foundation.
Instead of imposing 6 per cent equalisation levy and collecting it from the recipient of service of digital advertising, the government should collect the tax from the technology firms like Google, Facebook and Twitter who are the main beneficiaries. This would also lead to a substantial revenue in the form of corporate income tax.

The government seems to be going slow on the Direct Tax Code given the problems arising from the GST. However, the Direct Tax Code is a much needed reform and it must be pushed forward. At least the structural part of the DTC should be announced in the current budget.

The government should learn from the mistakes of GST. It would help implement a robust direct tax system. The new system must be simpler with fewer tax slabs, preferably three, reduced rates and fewer exemptions. In fact, the exemptions should be phased out gradually.