“PM-KISAN scheme is estimated to benefit over 12-crore farmers across the country. A number of schemes are targeted at the support and welfare of farmers, but none of them are as inclusive as the PM-KISAN scheme.” 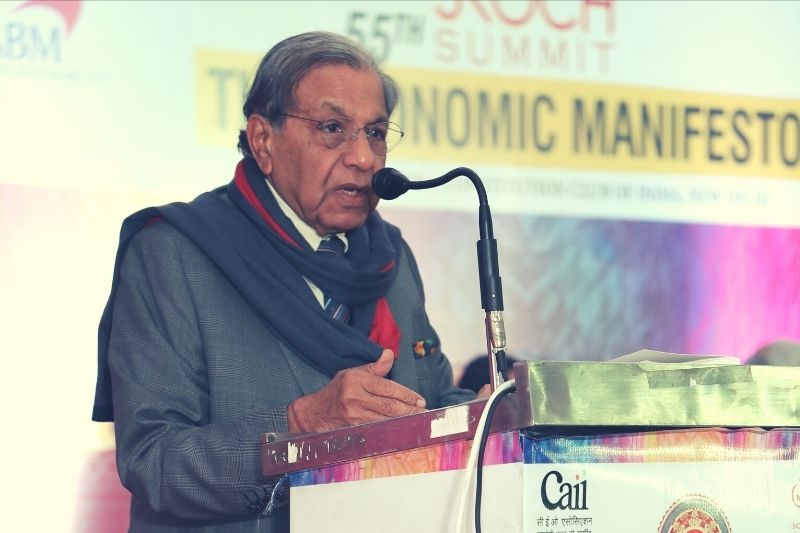 This is a season of manifestos and economic manifesto becomes really important for both policymakers and the public. I want to raise a couple of questions which can be taken up for public debate. We are headed towards a new government formation. All political parties will try to find a way to introduce their manifesto, which will kick off the process of garnering votes from the people. There are many things that should be in all parties’ manifesto. Economic growth and per capita income are very important issues in this regard.

This is an important but a difficult task to achieve, i.e., to get different political parties on the same plank and form a manifesto on similar issues. There are three questions that can be raised. First is the need of macroeconomic stability. The progress of the government is decided by macroeconomic stability achieved through the FRBM Act. It’s a big achievement but is it possible that we are going to lose that progress?

As part of the finance commission, I have been visiting different states in the country. I can say that since the last one year, the feeling in the states about fiscal deficit and debt-to-GDP target being important has mellowed. It is because there are fears about it not being followed at the central level too. Finance Commission has a big task to undertake this time which finds mention in the terms of reference is the fiscal consolidation roadmap for the states as well as the center. We will hope to create a boost in the progress that we have achieved so far.

Secondly, I propose that there should be an institutional mechanism for co-operative federalism. We need to find a way to include the states’ view in the fiscal consolidation path. Institutional framework is still not talked about among economists. In this context, I am asking, if we have the institutional instruments to ensure that there can be co-operative federalism in reality. If we don’t have it, then how do we achieve it?

My third suggestion has to do with the reforms of factors of production, i.e., labour, land and capital. There were some steps taken in the early years of this government but now this has been left to the states. Except a couple of states, most have had a marginal progress in the labour reforms area. Reforms of land, labour and capital are critical to the economic growth and progress. Only then, we will be able to create a prosperous and inclusive India.