There is a need to convert informal jobs, which are much more in number, into formal jobs via the private infrastructure sector. A report by Team INCLUSION 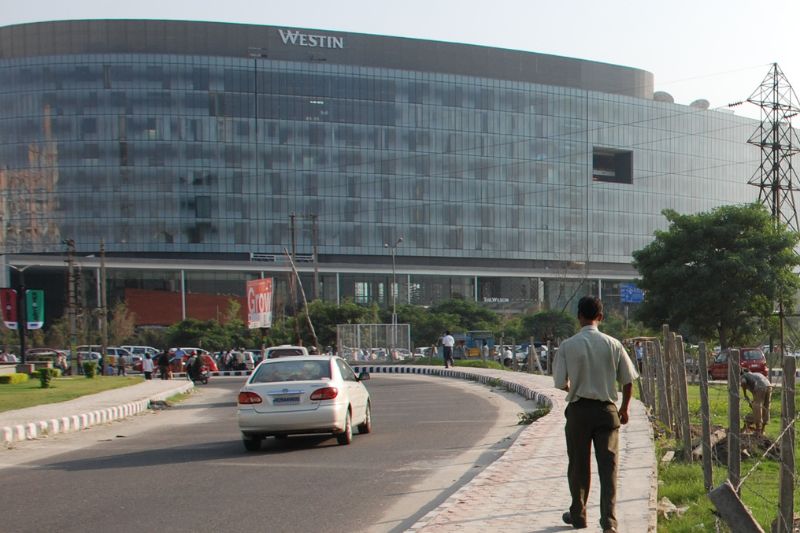 India has to come to terms with jobless growth that has been chasing it ever since the global financial crisis of the late 2000s but more needs to be done to overcome it. By this, one must see to it that every Indian gets a decent formal job.

Prabhakar Singh, Head of Institutional Business, Centre for Monitoring Indian Economy (CMIE), said not only demonetisation, the financial slowdown in the country as a result of the global crisis and the international situation itself were also reasons for the jobless growth. CMIE has a birds’ eye view of jobs since it does the largest household survey in the country by visiting 1.68 lakh households thrice a year. The CMIE survey covers both formal and informal sectors. This data is collected scientifically and put out every year, with much more regularity than in developed countries.

On demonetisation, data collected before and after it pointed out that 1.9 million jobs were lost. The fall in labour participation rate was also steep. All this should also be considered given the Indian financial downturn and the global financial crisis, which took time to travel to India, he said.

There has to be a healthy and tangible measurement of employment, which can help policymakers and politicians. Policymakers can plan for unemployment and politicians can make a measured promise and take stock of what they have delivered.

Gaurav Bhatiani, CEO, Corporate Policy and Analysis, IL&FS, said the world is recovering from the financial crisis and limping back to 4 per cent growth this year. As far as India was concerned, the last quarter was looking up and the country could end with 7.5 per cent GDP growth.

But the biggest reason for the country not being able to get to this kind of growth is infrastructural bottlenecks. With the Government of India (GoI) increasing outlay for civic amenities that form the core components of infrastructure, the situation is looking up. As an industry, infrastructure is an economic and employment multiplier. Projects that make roads, lay water supply lines, construct public buildings and power plants are the highest multipliers. Such projects also require many kinds of labour and not just highly skilled labour. There is work for the unskilled, the semi-skilled and the moderately skilled in infrastructure projects.

With the government low on money to invest in infrastructure, it should create a conducive environment for private parties to invest in public projects and thus drive employment and the economy. The private sector, in turn, can invest in capital intensive industries if there are opportunities. There is a need to convert informal jobs, which are much more in number, into formal jobs and the infrastructure sector can handle that conversion since it has projects where informal labour can get formal role-defined positions.

On the general crisis in jobs, he said the loss of jobs is a chance to improve self-employment and entrepreneurship if one were to take away positives.

Bringing in the banking industry’s perspective, Dharmendra Kalra, Head-Small Business Banking (North and East), Yes Bank, said banks have been looking at promoting MSMEs to offset the need for employment. Banks are looking beyond conventional yardsticks like balancesheets of MSMEs after demonetisation and GST. Their cash flow is also being taken into account.

As a result of proactive bank role, there has been growth in the manufacturing and services sector of MSMEs. Of their total lending, banks extend 17.4 per cent to MSMEs. The government has also effected policy changes–like allowing R2 crore in unsecured funds and change in corporate structure–allowing MSMEs to gain more opportunities to grow.

With the markets being the next area for the MSMEs to raise funds, National Stock Exchange, Regional Head-North, Gaurav Kapoor said the NSE had created the MSME Emerge platform in 2012 to help small entrepreneurs raise equity and longterm capital. The 130-odd companies that joined the NSE then and raised Rs 1,800 crore at an average of R15 crore capital, are now valued at Rs 11,000 crore.

In the cycle of small enterprise, banks come first with loans, then VCs and angel investors and then the markets, which is where the NSE can help. The criteria in NSE has been simplified for MSMEs and allowed the promoter to keep 75 per cent stake. Listing is a sure way to generate funds since the public issue is always underwritten.

Mahavir Lunawat, Group Managing Director, Pantomath Capital Advisors Private Limited and Member, CEO’s Association for Inclusive India (CAII), said MSMEs are the true drivers of the economy as they employ the most number of people at 60 per cent. They contribute 40 per cent of the exports and 47 per cent of the manufacturing output.

They are now taking on the global challenge and need funds. Lunawat said MSMEs should look to stock exchanges to raise funds without the cost of interest payments, an outgo if one borrowed from banks. In India, MSME exchanges are doing so well that the Asian Development Bank and other multinational agencies are studying the India model to replicate elsewhere. The growth of MSMEs via the markets has been over 10 times, he added. This has led to great interest in India at multilateral fora including the World Economic Forum.