If one has to measure the two-year performance of NDA government, then it is safe to assume that the economy today is far more robust than what it was. The credit for this largely goes to a number of policy initiatives and structural reforms that the government has undertaken since coming into power, says Shaktikanta Das 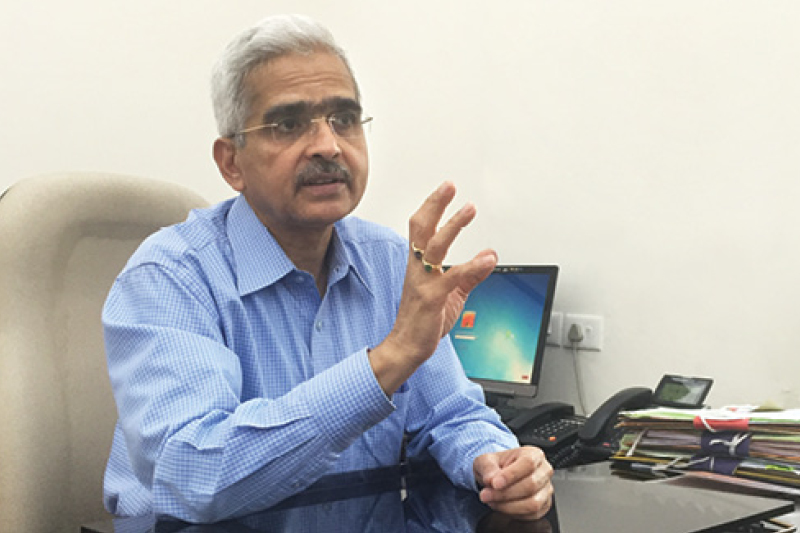 Across sectors—from Agriculture to Manufacturing to Steel & Mining—a host of measures have been put to address the dismal picture the economy portrayed during previous years. Last year we recorded a 7.6 per cent GDP growth; while the fiscal deficit is as per the budgeted target at 3.9 per cent. Controlled inflation at 5.5 per cent has enabled the Reserve Bank (RBI) to reduce its rates and corrections have been made in small savings rate too. Global headwinds have afflicted countries across the world and the present day global economic situation is looking grim. In such a scenario, if India has been able to record a growth of 7.6 per cent despite two consecutive years of poor monsoon, it can be deemed as a commendable performance. If we are fortunate enough to get a good monsoon this year, we should be able to record a 7.8 per cent growth. IMF has maintained its position of projecting India as one of the drivers of global growth in years to come because of India’s ability to stay unaffected amidst a downturn taking place across the world. While challenges in the agriculture and the rural sector remain, a comprehensive view of the economy shows that results are visible due to efficient decision-making process.

One of the major accomplishments in the field of policy-driven governance over the last two years has been the re-allocation of coal blocks. It has brought transparency in the processes of allocation of mines, land and other infrastructure that ensured a smooth transfer of rights and titles. The first two phases of coal block allocation, which saw auction of 33 blocks fetched more than Rs 2 lakh crore for the government. The electricity consumers received a tariff benefit to the tune of Rs 96,000 crore. Thermal Coal is no longer imported, resulting in a saving of Rs 40,000 crore per annum. A sector, which had been under scanner and had faced harsh criticism over the losses incurred in previous bidding of coal blocks, this policy-driven structure has paved the way for ensuring corruption-free governance.

Major breakthrough has been made in the field of construction of highways over the last two years. Projects worth Rs 3.8 lakh crore were stuck—out of which, the government has already unblocked Rs 3.5 lakh crore worth of projects. The government has moved on from a situation where no bids were received for tenders, which were floated by National Highways Authority of India (NHAI) to now receiving 5 to 6 bids for every tender now. Around 10,000 kms of construction of national highway projects were awarded in 2015-16. The government aims to increase the target of awarding projects by 2.5 times in the ongoing fiscal year to the tune of 25,000 kms. The road construction is at an all-time high of 16.5 kms per day and an ambitious target of construction of 44 kms of roads per day has been set for the current fiscal. Several interventions have been made in order to speed up the process of awarding road projects like improved inter-ministerial coordination, ministry taking decision on mode of delivery, changes in exit policy, promotion of innovative project models etc.

Goods & Services Tax (GST) has been a major point of discussion for last several Parliament Sessions. In order to address the issue of numerous indirect taxes, GST is necessary to create a unified system of taxation by bringing all indirect taxes under one tax. The government has been able to introduce the GST Constitution Amendment Bill, which amends the Constitution for introduction of GST. The bill enables the Parliament and State legislatures to frame laws on GST. The GST Council includes representatives from the centre and all states. The bill has already been passed by the Lok Sabha. The Standing Committee in Rajya Sabha has given its recommendations and as of now barring a couple of issues there is a broad consensus with regards to GST.

The Insolvency and Bankruptcy Bill, also known as Bankruptcy Code, creates a formal Insolvency Resolution Process for poor performing business units by providing a possible survival mechanism or by facilitating the liquidation process. In a capital starved country, it is vital to ensure that not much capital is used up on unviable business and a quicker process to declare bankruptcy can ensure this. Currently it takes about 4 years to resolve insolvency in India and does not result in full recovery. The Bankruptcy Code, prepared and passed in a record time, shall ensure a simpler and speedy process in order to recover dues from defaulters and also make employees, the first beneficiaries from liquidation of assets. In today’s context when problems like stressed balance sheets of large corporates and banks holding onto stressed assets persist, the Bankruptcy Code will be essential to address the issue of systemic vacuum, which has been in existence.

During the budget 2016-17, Public Utility Dispute Resolution Bill was proposed for a speedier resolution of disputes in PPP Projects especially in infrastructure related contracts, utility contracts etc. This will give another necessary push towards ease-of-doing business. The Bill is now ready and the government shall move it in the Monsoon Session of Parliament.

FDI policy has been liberalised to a large extent and caps have increased in a large number of sectors like defence, PSU oil refineries, telecom, power exchange etc. During the budget 2016-17, the government also proposed several reforms in FDI policy in sectors like Insurance, 100 per cent FDI is allowed in marketing of food products produced in India and in a way opens the retail sector for foreign retailers who are in the business of fresh produce. FDI inflow during 2015-16 was highest and stood at $52-53 billion. Recently the government approved ten FDI proposals worth more than Rs 600 crore during one of the Foreign Investment Promotion Board (FIPB) meeting. With big proposals getting a clearance from FIPB within a month, it has eased the path further for foreign companies to invest in Indian market across sectors.

Efforts are also being made to limit the role of FIPB only to sensitive sectors like defence and telecom and provide clearance in other sectors through automatic route. A proposal was made and sent to Department of Industrial Policy & Promotion (DIPP) for its approval, listing the items which should not be discussed at FIPB meetings and take a process-driven approach through automatic route. The aim is to simplify the procedures and remove the layers of approvals.

Pradhan Mantri Fasal Bima Yojana (PMFBY) is an important step towards assuring financial support to the farmers in India and minimises the loss incurred due to damage done to crops because of factors like unseasonal rains, monsoon failure, floods, storms etc. The Agriculture Census Report, 2010-11, mentions that there are more than 118 million cultivators in India and this scheme aims to provide cover to almost 50 per cent of farmers. Under this scheme the farmer has to pay only a uniform premium of the total value depending on the type of crop (2 per cent for Kharif Crops, 1.5 per cent for Rabi Crops and 5 per cent for Commercial & Horticulture crops) and the balance amount towards the scheme is paid by the government. Not only central but state governments too have to contribute towards payment of premium. In PMFBY, there is no cap on total value of government’s contribution towards subsidy. Farmers are being made aware of the benefits of the scheme and the government plans to launch campaigns in order to educate and create awareness. Insurance companies have a significant role too in execution of the scheme and settlement of the claims.

In order to make the agriculture sector monsoon proof and improve the irrigation and water conservation facilities across the country, Pradhan Mantri Krishi Sinchayee Yojana has been implemented. A budget of `50,000 crore has been allocated towards the scheme to be spent over a period of 5 years to meet the investment requirements for irrigation at the field level. The scheme has adopted a decentralised technique and allows the states to formulate their irrigation development plans spread over a timeframe of 5 to 7 years. The funds under the scheme shall be allocated to states only when the state government has prepared district and state irrigation plans. The ratio of the fund allocation is 75:25 between the Central and the State Government. For North Eastern states, the funding pattern has been fixed at 90:10.

In the ultimate analysis, I must say that though changes at micro level are yet to become visible, at macro level there have been a sufficient number of changes in the policies, which have fast tracked the decision-making process. This has eased the way business can be done in India. And, the results of all these policies, initiatives and decisions will be visible sooner than expected.