Montek Singh Ahluwalia recounts the decade of 1990s that saw the government introduce changes that were obvious and much-needed as we were running a highly controlled economy. It was also clear then that the countries in South and South East Asia that were doing well were those that had opened up their markets, allowed increased access to private capital and foreign investment. 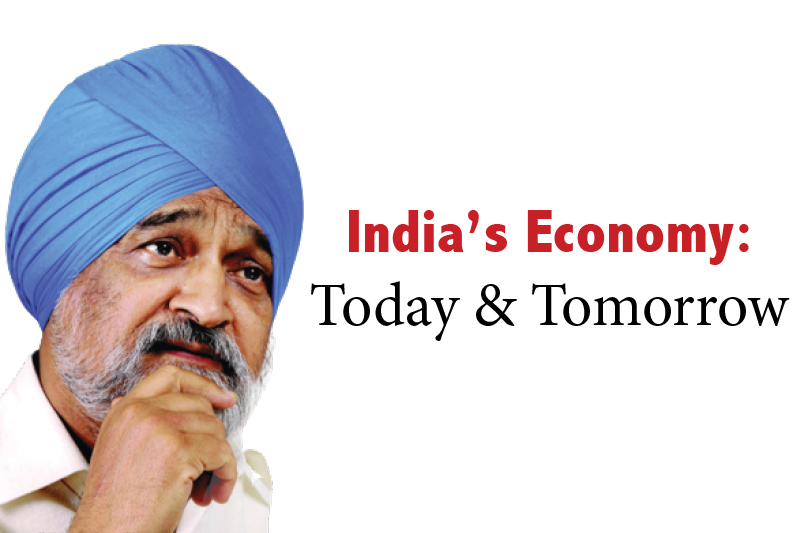 The 1991 reforms took place only because there was a very serious thinktank of people behind them and they included people of my generation like Shankar Acharya, and N K Singh. They also included people who were much senior like P C Alexander, B G Deshmukh, M Narasimham, Abid Hussain and L K Jha. In fact, Jha was one person who had the ability of understanding the language of an economist and putting this across in a precise and comprehensive manner to a non-economist. I remember L K Jha telling Rajiv Gandhi (the then Prime Minister) that the Indian economy was like a vehicle which had 14 brakes, all of which were pressed tight. So if you ease pressure on one brake, the vehicle will still not move. Movement will only be possible if you ease pressure on all at the same time.

This is something even I believe in: if one has several things to do, doing only one of them will not yield results. Again, it is also true that while one does not have to execute all the tasks simultaneously, it is equally true that to get some results one will have to execute several tasks. In fact, it was the implementation of several steps in a near simultaneous manner that was behind the 1991 liberalisation. It was also a period when nobody expected India’s GDP growth rate to reach.

Now, if we look at the situation today: there is a strong undercurrent of an economic crisis in Europe, most of the developed world is reporting negative growth rates while the developing nations are moving strongly forward. But here in India, the focus has now shifted to growth and inclusiveness. Today, people in the country genuinely believe that we can achieve growth rates of over 8 per cent and anything less than that is seen as a major slowdown.

Over the last two decades, the India growth story has been a pan-India story, not limited only to Mumbai, Bangalore or New Delhi but one that spread to even the smaller towns and cities. It is this growth that has enabled us to sufficiently raise the incomes of the mass of our population, leading to a general improvement in their living conditions. However, a major problem that has surfaced as we have grown is the problem of demand and supply. When the country was growing at the Hindu rate of growth such constraints were not important as both demand and supply were on the lower side. But, today when we are growing at more than 6 per cent every year, this has become a major problem. Consider for example, electricity supply. During the entire 10th Plan period, the addition to power generation and supplies was at level that we are now executing on an yearly basis. But still shortages remain.

More importantly, the political class has now started to look at growth of those at the bottom of the pyramid. It has also come to realise that growth and inequality go hand-in-hand; as the economy starts to grow, inequality too starts to increase. But over a certain period of time, the gap between the haves and the have-nots starts decreasing. This is because growth leads to creation of employment opportunities that enable people to move up the value chain, generating more income in the process. And, it is this increased income that the political class can use for various social inclusiveness schemes.

Today, people are coming to realise that as globalisation increases and the economy starts to modernise, there are certain occupations that will change or get disrupted. And, it is here that people ready to adapt to change will gain while those sticking to the dying industries or sectors will not. Such structural changes are an essential part of growth and it is not possible to insulate everything from such change. There will be some disruption where people will not get absorbed. In a modern society, we need to take care of such people by having a base of social security. We don’t have that in India, and a lot of the nervousness about change comes from that fact. We have to be able to inform people that the economy is about to move to a higher growth path and that will create opportunities for them, and if we are able to combine this with some form of social security, we will be able to make them a part of the change process.

This is where skill development and education have a major role to play, and improving them in a way that improves access is important. In fact, in order to increase inclusiveness in society, the four critical areas are agriculture, infrastructure, education and health care. Today, the reforms process means that the government can get out of a lot of areas, especially those that can be better done by a competitive market.

Inclusive growth means growth of a kind that the benefits flow to everyone and the participation in the benefits of growth is very high. This has many implications. What you do in agriculture is very important. The kind of hard infrastructure you build is also important for inclusion since the remoter parts of the country, and small businesses generally, depend on general infrastructure. It also has relevance for social sector initiatives especially health, education and skill development. Without them, fast growth will be difficult to achieve and will certainly not be equitable if it somehow emerges. In short, we have to be active and innovative in many areas to achieve inclusive growth.