If there has been any single initiative of the present government that has received widespread public approval-from both individuals and corporatesit has been the release of New Direct Tax Code and Discussion Paper in August, 2009. Based on the feedback received from the public and stakeholders, a Revised Discussion Paper was issued in June, 2010. It is bold move by the Finance Minister Pranab Mukherjee to streamline the nearly fivedecade- old Income-Tax Act. The new code will overhaul and simplify the existing tax proposals for not only individual tax payers, but also corporate houses and foreign residents. The Revised Discussion Paper was released almost a year after the first draft received more than 1600 suggestions and comments and the major issues highlighted these were incorporated in the Paper. The government is optimistic about introducing the new code in Parliament during the monsoon session and expects to be passed into law by April 2011.

But what is it about the Direct Tax Code that makes it a reformist move. The first is the process itself. The draft legislation and discussion paper were in the public domain for almost a year after which a revised discussion paper addressing the major issues has been released. This is a step forward in the area of participative legislation. The new code seeks to carry forward the government’s policy of moderate tax rates on a wide base which has resulted in the direct tax to GDP percentage going up from 2.97 per cent in 2000 to 6.36 per cent in 2009. It also simplifies the drafting language of the provisions and the structure of the legislation to make it comprehensible to all.

In all, there are eleven areas in which changes are proposed in the revised discussion paper. These are

While the revised discussion paper has reconsidered tax on provident funds at the time of withdrawal, it has rationalised these savings incentives in order to support social security schemes. Hence, the exemption will be applicable to select schemes like Government Provident Fund (GPF), Public Provident Fund (PPF) and Recognised Provident Funds (RPFs), the pension scheme administered by Pension Fund Regulatory and Development Authority and approved pure life insurance products and annuity schemes. A deduction of interest expense of upto Rs.1.5 lakh on a self occupied house has also been proposed. For corporates, the revised draft retains the current position of imposing MAT on the basis of profits, and not gross assets. MAT is a tax imposed on profitable companies, which do not fall under tax net because of various exemptions. The government has also proposed to protect profit linked deductions of units already operating in SEZs for the unexpired period. At the same time, it must be realised that moderate rates of tax for all taxpayers and simple tax provisions can only be provided in a tax regime which is free from sector specific exemptions.

The government’s policy over the last decade has been to have moderate rates of tax for all while weeding out sector specific exemptions. This policy is being carried forward in the New Direct Tax Code, which is likely to be implemented from April 2011.

There have been some concerns that the revised draft is silent on the new rates of taxation while the first draft had indicated wide tax slabs for the three rates of 10, 20 and 30 per cent. As the revised draft notes, “the proposals in this revised discussion paper will lead to a reduction in the tax base proposed in the DTC. The indicative tax slabs and tax rates and monetary limits for exemptions and deductions proposed in the DTC will, therefore, be calibrated accordingly while finalising the legislation.” The government’s policy over the last decade has been to have moderate rates of tax for all while weeding out sector specific exemptions. This policy will be carried forward in the DTC.

We must also look at the revised draft of New Direct Tax Code as one that addresses concerns raised by different sections. As Finance Minister Pranab Mukherjee had asserted in an interview “the revised draft direct tax code is not a throwback to the days of exemptions. What is progressive? What is populist? Who are to judge over it? People expressed their concern. Those concerns have been addressed and the revised draft has been placed before the people.”

More importantly, I feel that the new Direct Tax Code should not be looked at in isolation. Coupled with the Goods and Service Tax (GST), the two will change the very system of taxation that we been following in the country, giving a significant revenue boost to the economy. GST is a part of the proposed tax reforms that centre round evolving an efficient and harmonised consumption tax system. Currently, there are parallel systems of indirect taxation at the central and state levels and each of them needs to be reformed. GST is seen as a comprehensive indirect tax levy on manufacture, sale and consumption of goods as well as services. It will end the long-standing distortions of differential treatments of manufacturing and service sector, leading to the abolition of taxes such as octroi, Central sales tax, State level sales tax, entry tax, stamp duty, telecom licence fees, turnover tax, etc., and eliminate the cascading effects of multiple layers of taxation. This, however, means that all exemptions will have to be narrowed down and rationalised.

What the government is suggesting is not something new. One only has to go back in time to see the role played by Raja J. Chelliah in reforming economic policies in India. It was Dr Chelliah, whose recommendations provided the basis for direct taxes emerging as the major component of tax revenues and, as a consequence, the tax system becoming less regressive. By pushing for a slashing of the tax rates and the number of slabs in respect of corporate as well as personal incomes, he got the system modified to encourage tax payment rather than tax avoidance. Chelliah’s contribution lay in switching to normative approach to the sharing of tax revenue, from what used to be a gap-filling exercise. His idea was to boost the states’ tax collection efforts and improve the efficiency of their spending. His vision, now embodied in the 80th Amendment of the Constitution, was to replace the system of the Centre sharing revenue with the States tax-by-tax by one of sharing all taxes as a whole. And, it is this change that the present government is seeking to introduce. 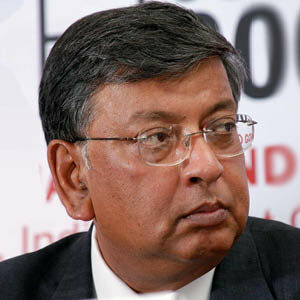