Deprecated: wp_make_content_images_responsive is deprecated since version 5.5.0! Use wp_filter_content_tags() instead. in /var/www/html/inclusion.in/public_html/wp-includes/functions.php on line 5083 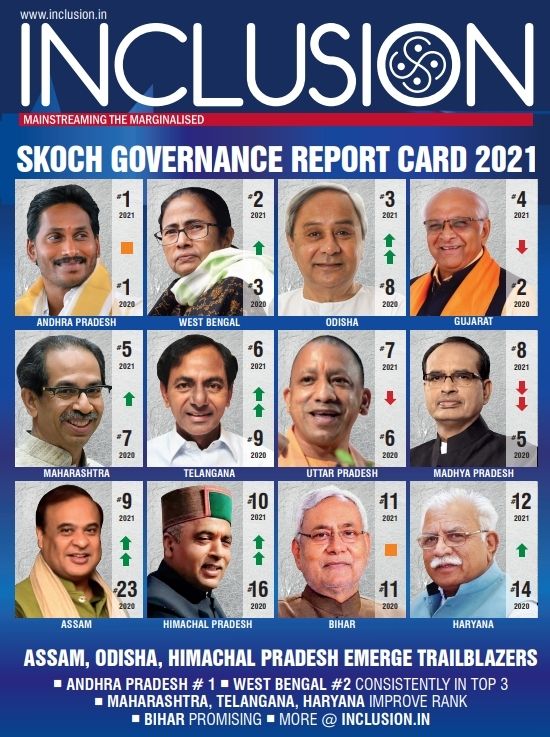 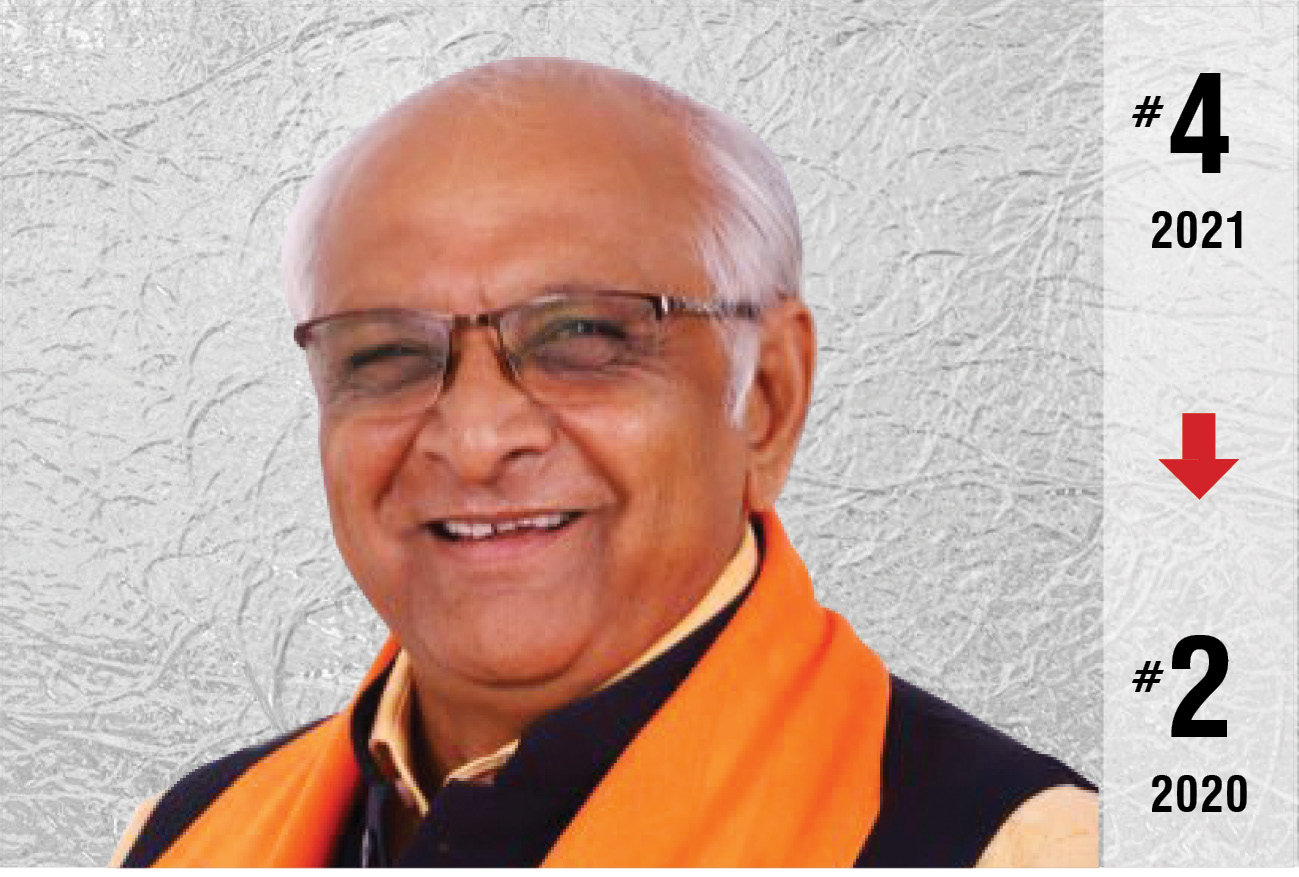 The growth story of Gujarat, the prosperous western frontier state of India continues unabated. It is at the fourth position in SKOCH State of Governance 2021 rankings.

Hailed as a state defined by development and robust governance, Chief Minister Bhupendrabhai Rajnikantbhai Patel is leading a team of dedicated policymakers and executives since September 2021, when he took over the office.

Gujarat’s legacy of being an administrative and economic role model for the rest of the country remains unchallenged and holds great promise to build a stronger and brighter tomorrow with its successes in the coming years.

It is imperative to mention here at the onset that the study has found Gujarat as one of the frontline states in the implementation of e-governance policies and projects in India. The 2021 edition of SKOCH assessment proves it yet again that year after year, Gujarat has come to be known as one of the consistently high-ranking states.

Gujarat has the distinction of clinching on to the coveted grouping of Top 5 best performing states consistently from 2019 to 2021. In the year 2019, Gujarat achieved the #1 rank. There was a slip in position thereafter owing to various factors including that of lesser project participation in the SKOCH study. Nevertheless, even after the decline, Gujarat continues to be one of the best and high-performing states in the country. Gujarat was ranked #2 in 2020 and in 2021 has been ranked #4.

The latest feather in the cap of Gujarat is its splendid show in making the Digital India dream of Prime Minister Narendra Modi implemented with efficiency and maximum benefit to the masses.

Gujarat has shown steady growth in its resolve to make e-Governance a reality, making the state a harbinger of the transparency and ease of governance paradigm in the country. Gujarat made its foray into the sector with #10 rank in 2020. The pandemic days proved to be the game-changer, with state going full throttle to harness the power of technology to bring relief to the masses, the state saw its spectacular rise to the #1 spot in e-Governance in 2021.
Gujarat State Wide Area Network (GSWAN), State Data Center, the Server Farm, Sachivalaya Integrated Communication Network (SICN), Integrated Workflow and Document Management System (IWDMS) and many such models developed by the state have become role models for others to follow. As per the SKOCH study, the Gujarat CM Dashboard is a highly impactful e-Governance project.

Affirmative actions on governance matters can drive change and Gujarat has been a testimony to it. Gujarat was ranked #3 in Municipal Governance in 2019, it experienced a decline to the #9 rank in 2020. Gujarat’s improvement in 2021 shows a renewed vigour in its local government priorities as the state has climbed up five spots to the #4 rank.

There have been several impactful projects from this sector which paved the way for Gujarat’s leadership in the country. It includes the Integrated Lease Management System and DMF Mobile Medical Unit (MMU).

Always ahead of time, Gujarat is called the bastion of an ideal Ease-of-Doing Business model. Khoj – A Scientific Search Open Innovation Science Museum is an impactful project from the sector, one of several well-performing initiatives in the sector in 2021.

The initiatives dedicated to the Conservation of Asiatic Lion and Whale Shark have helped Gujarat make a mark in the Forest and Environment sector.

Labour is the backbone of an industrial state like Gujarat. The Rojgar Setu and Simple-Shram Inspection Mobile Portal for Labour & Employer initiatives are making a real change in the sector.

With prosperity comes risk and to secure the state and its people from any threat is of utmost priority. Gujarat is one of the safest states in the country with impactful projects such as the Anti Suicide Helpline and e-Cop (a solution for efficient policing).

The e-Samajkalyan and Samaras Hostel Admission, Merit List Generation, Grievance Management and Hostel Management System are the state’s contributions to the niche.

The implementation of the eNagar Gujarat: e-Enabling Citizen-Centric Services in Urban Local Bodies project by the Gujarat Urban Development Mission is a compelling example of leading work in the sector in the whole of the country.

In 2021, Gujarat has made a remarkable comeback by climbing to the #4 rank. The Garvi (Automation of Administration of Registration, Valuation & Indexing in Gujarat) by the Inspector General of Registration and Superintendent of Stamps is an important intervention.

• Even though participating for the first time, some sectors of Gujarat are ranked in the top positions.
• The state was ranked No 1 in Geology & Mining, No 1 in Sports & Youth, No 2 in Forest & Environment, No 2 in Ease of Doing Business, No 3 in Labour, No 3 in Social Justice & Social Security Tourism and No 5 in Urban Development 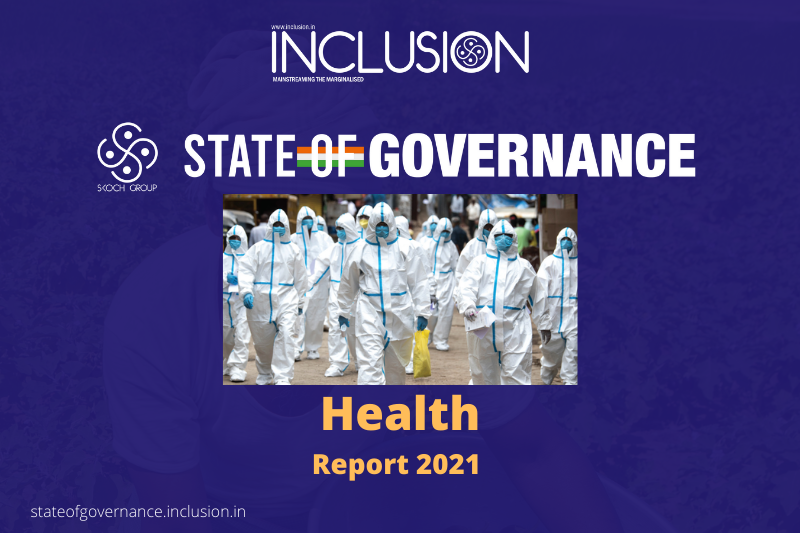 Health Sector 2021 Rankings The Health sector is a critical aspect of good governance –..

Connect with
Login
I allow to create an account
When you login first time using a Social Login button, we collect your account public profile information shared by Social Login provider, based on your privacy settings. We also get your email address to automatically create an account for you in our website. Once your account is created, you'll be logged-in to this account.
DisagreeAgree

I allow to create an account
When you login first time using a Social Login button, we collect your account public profile information shared by Social Login provider, based on your privacy settings. We also get your email address to automatically create an account for you in our website. Once your account is created, you'll be logged-in to this account.
DisagreeAgree