The state of Telangana has won accolades for ease of doing business, innovation and its focus on technology. As the state marches towards stability in a new era, its stellar performance on governance initiatives from health insurance to education has kept it high up the ladder in this year’s SKOCH State of Governance rankings. 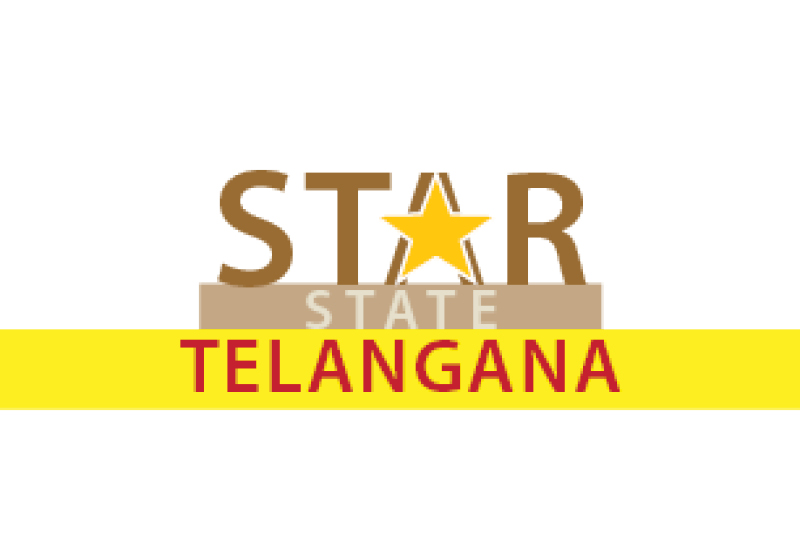 Telangana, the youngest state in India, has been blessed with Hyderabad as its capital. Nestled upon the central Deccan Plateau, it’s not blessed with the fertile lands that its parent state Andhra Pradesh has, however, its labour force is still mostly made up of agriculture (55.6 per cent), followed by services (26.6 per cent) with a large number of service-based industries prevalent in Hyderabad.

The state has seen investments in agriculture in the past few years, with the Kaleshwaram Lift Irrigation scheme being the world’s largest multi-stage lift irrigation project at a cost of Rs 1.2 lakh crore to the state exchequer. This helps the state in its water resources for which it is ranked second among all Indian states in SKOCH 2019 ranking.

However, in terms of its overall state ranking in the SKOCH State of Governance Report, the state has fallen from its second rank in 2017 and 2018 to sixth in 2019.

The three main segments of its economy are agriculture, services and tourism. The government has recently come under the limelight for its various efforts to privatise a major player of its tourism segment – the state RTC. Of the 10,400 buses, 2,100 are already being run by private operators. By opening up the routes, the government seeks to bring competition and efficiency to the tourism sector. The state has a road network of 27,600 km with 24 national highways.

The state has also been an investment magnet to foreign investors with Hyderabad as its cherry. It has received more than $21 billion in investments in the years since its formation. The high volume of investments could be attributed to Telangana’s TS iPass system, which ensures clearances for various industrial applications within a stipulated time of 15-days of making an application. The move seeks to punish officials responsible for delays in extending clearances for these applications with salary cuts of up to 2-4 days. For this reason, the state has been proud to sit among the top of the Ease-of-Doing-Business ranking for Indian states ever since its formation.

On becoming the chief minister of the state in 2014, K Chandrashekhar Rao outlined a slew of schemes to support his vision for the state. This included creating a brand for the state, a new industrial policy to attract investors, the optimal usage of the 1,200 TMC FT of Krishna and Godavari river water and to make Telangana the seed bowl of the world.

Explaining his vision for Telangana, he said, “Telangana needs to be reinvented and reoriented in the context of the new state and the needs of people. Telangana needs a good brand image. We have to ensure optimal utilisation of all our resources and make it the #1 state in the country.”

The major projects implemented in the state in order to achieve this level of growth and development are as follows:

Siddipet Municipality implemented the integrated solid waste management-2016 rules, such as 100 per cent door-to-door collection, ensuring of waste segregation at all levels, 100 per cent transportation of collected waste to the processing plant, processing of wet waste through Vermi Compost, plastic recycling unit installation for proper management of plastic waste. A mobile app has been developed for the same, where the households can access details of the workers working in their area. The costs of operations are recovered through composting of wet waste, which is sold to farmers and used as fuel.

Siddipet City has achieved ODF as of 2 October 2015, is one of the first cities in India. Towards this, the Siddipet Municipality built 3,129 toilets at a cost of Rs 328.63 lakh under the SBM (Swachh Bharat Mission). The Municipality also constructed 1 SHE toilet exclusively for women.

A community-oriented policing service was launched by the Telangana State Police to build safe and secure communities that are intended to prevent crime before it happens rather than responding to crime after it occurs, engaging citizens to determine their ‘felt needs’ and create policing priorities to address the felt needs of the community, and to encourage citizens to partner with police in order to keep their community safe. As per Ranjan Rathan Kumar, Telangana Police Superintendent , the department has implemented various measures such as:

Nenu Saitham and Community CCTV Project, to promote the usage of CCTV cameras at important locations.

Due to the rising number of vehicles on the road and limited road space, an increase in traffic violations and accidents was witnessed. Hyderabad Police in 2014 implemented non-contact enforcement, which was citizen-friendly and evidence-based. This system was cashless that involved usage of advanced gadgets like Automated Red-Light Violation Detection (ARLVD) Digital Cameras, Speed Laser Gun Cameras etc. As a result, fatalities were reduced by 25 per cent. This also resulted in improved road safety, reduction in travel time, increase in average speed, a cleaner environment, transparency in law enforcement, improved traffic rules compliance, real-time road user information and better road user satisfaction.

The Agriculture Department of the Government of Telangana introduced the OSSDS to provide subsidised seeds with good genetic potential that are produced in sufficient quantities and made affordable to the farmers at a low price. This has helped in complete automation of the seed distribution process right from planning, allocation, positioning and sales to report generation. The purpose of the government to serve the actual farmer by curtailing the black-market of seed is being fulfilled. Moreover, there is an accountability of the allotment of seeds and data is readily available of the seeds to supply from nodal agency-wise to the districts, districts to the mandals and the mandals to the sale-points. The seeds are being able to be tracked by the kilo.

Rythu Bima is a Farmer’s Group Life Insurance Scheme launched by the Government of Telangana on 14 August 2018. It helps from processing the enrolment of the farmer to the settlement of claim completely online with minimal manpower. The project helps the farmer to receive the claim amount within 7 working days. Under this scheme, farmers between 18 to 59 years of age will be covered. So far already 30.43 lakh farmers have been enrolled under this scheme and 12,290 farmer nominees have benefited of around Rs 614.5 crore.

Uttejam: Ignited the Minds of Students, Teachers and Parents

Uttejam is an outcome of multilayer consultations at different layers i.e., schools, villages, community-based organisations, SHGs, NGOs, Panchayats, mandals and districts. The purpose of this project is to provide constructive education with quality in Government High Schools in particular and to bring out a sea of change in the results of SSC. Special classes are arranged for weaker students through digital classes in both online as well as offline modes. Other measures as part of the project are,