The land that symbolises prosperity, abundance and valour, Punjab has been one of the developed states in India. It is known for its agricultural contribution, automotive industries, contribution to sports and not to mention tourism. 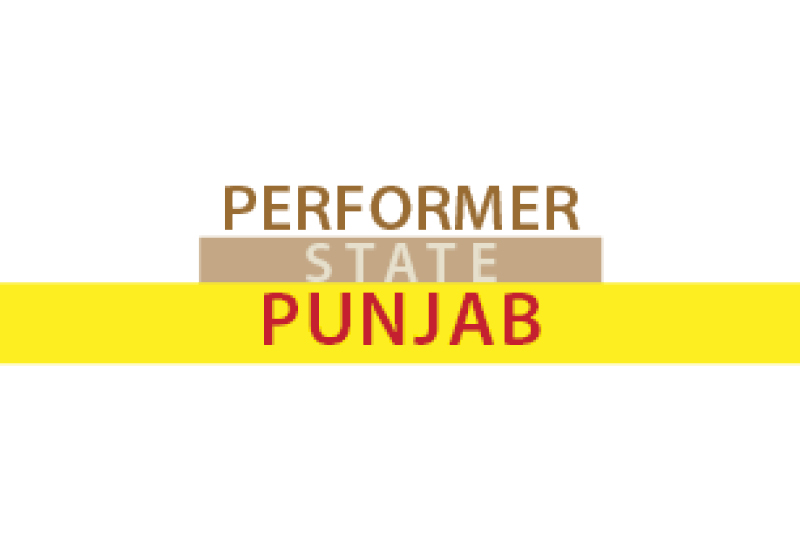 Punjab has been in the news for all the wrongs reasons including the rising problem of drug consumption among youth. The workforce of Punjab is indulging in toxic addiction while the state is battling a financial slowdown, climatic impact on agricultural produce and scandals of non-profit spiritual organisations. The crux of it all suggests that the state has become complacent and its glory is gradually diminishing.

But over the past years, Punjab is gearing up and setting the levers moving in each sector. In the State of Governance Study of 2019 Punjab features among the top 20 states in the Country.

Approximately 70 per cent of the land in Punjab being under cultivation, agriculture and agro-based industries are a major contributor to the economy. In order to streamline the processing industry, there are Mega Food Parks (MFP), currently operational in Ludhiana and next MFP is planned at Phagwara, Kapurtala District.

Industrial development in Punjab was majorly achieved in the sector of automobiles, agro-equipment, chemical, fertilisers and textile-based industry. Punjab has approved the ‘Industrial and Business Development Policy’, which has focused on improving ease of doing business in the state. To support this effort is the Startup Policy for Innovation Research and Enterprise, which aims to develop 10 world-class startup hubs and establish 3 accelerators.

Punjab is investing systematically on developing the soft infrastructure for better governance. 2,174 Unified Citizen Service Delivery Centres (UCSDCs) are setup to improve the accessibility of services to citizens both in rural and urban areas. In the all India ranking of SKOCH, Punjab features among the top five states in India for efficient District Administration and among the 10 states for e-Governance.

Rated among the best for its roads and transport system, Punjab is enhancing the transport facilities for better connectivity and logistics movement. The government has asked for inclusion of 13 road projects in the ‘Bharatmala Pariyojna’ and declared seven new road projects as National Highways. The economic corridor of ‘Ajmer-Ludhiana’ is under fast-paced progress.

The land of five rivers has a perennial water resource, Punjab is India’s major producer of Hydro-electric power. Inspite of the slowdown, the power sector in Punjab has grown at 12 per cent. As of October 2018, Punjab had a total installed power generation capacity of 13,432.44 megawatts (MW).

Punjab has emerged as a hub for textile-based industry that comprises of yarn, readymade garments and hosiery. To boost this, the government has established apparel parks and supported businesses with favourable policies. In 2018, Punjab exported cotton yarn worth $593.78 million and readymade garments (Manmade Fibres) worth $332.68 million.

The Chief Minister of Punjab Captain Amarinder Singh aims for a highly developed Punjab and shares his vision: “We are working on a new development model for scaling up the progress of Punjab supported by a strong groundwork with strict policies, restructuring of departments, adopting technology, seeking global investments and empowering our people through communication and opportunities”

An initiative for Skill Development taken by the Shri Ram College of Commerce, Project Virasat was a social entrepreneurship model that aimed to uplift the Thateras of Jandiala Guru by reviving their famous craft form of handcrafting utensils from brass, kansa and copper. This unique craft of the Thateras in Amritsar is the only craft form of India to be inscribed on the UNESCO List of the Intangible Cultural Heritage of Humanity in 2014.

The group achieved their objectives using a five-step model: First was to unite the Thateras and form the legal self-help organisation, which was named ‘Punjabi Thathera Art Legacy’, abbreviated as P-TAL, also the Hindi name for brass. Next step was to impart training on contemporary designs, new methods etc. Followed by this was integration with suppliers. This entrepreneurial venture needed managerial staff for better process management and supervision. The final step was to create potential demand avenues and market links to create brand awareness and sell the product.

To establish a sustainable demand in the market, the group collaborated with 15 retail stores across 6 states of India, participated in numerous exhibitions, set up the website ptal.in and have listed the product on e-Commerce platforms like amazon.in.

The Thateras make a direct profit and now live with much pride and dignity. To make them self-sufficient, there is now a trainer-trainee model, where the elder, skilled and proficient craftsmen train the apprentice and help the other community members. Their next objective is to establish a chain of P-TAL branded retail stores in major Indian cities, explore export opportunities and make Jandiala Guru as a tourist hub.

Bottom line: Despite a few years of setback, Punjab is set to not only make up for the loss but also scale up its growth economically and socially. The state looks set to capitalise on its cultural and agricultural heritage to promote industry and social harmony.