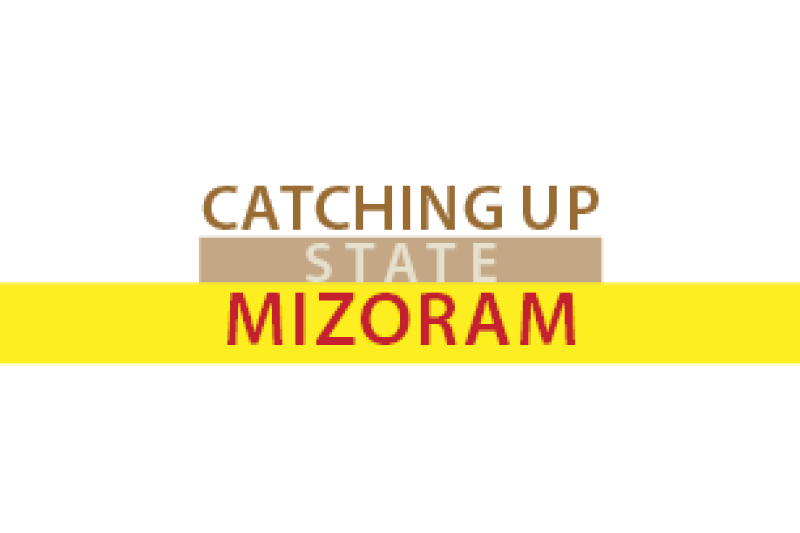 Mizoram, a mountainous state nestling in the southern tip of the north-east region, has taken commendable governance initiatives. This has helped the state accelerate growth and make socio-economic indicators better.

The state government has introduced Socio-Economic Development Policy (SEDP) aimed at accelerating progress in key sectors and transforming Mizoram into a welfare state by achieving self-sufficiency in food items. Mizoram Chief Minister Pu Zoramthanga unveiled this flagship initiative on 15 August 2019, on the occasion of 73rd Independence Day of the country.

The policy will focus on increasing the Gross State Domestic Product of Mizoram, improving economic condition of the general public, creation of employment opportunities and favourable business environment and bringing in sustainable development. “We will make massive efforts to make Mizoram a role model and an epitome of development in all sectors. Efforts would be made to make Mizoram self-dependent in foodgrains and meat products,” Zoramthanga said.

As per the state’s Economic Survey 2018-19, Mizoram registered a growth of 14.82 per cent at current prices during the year 2017-18. The state’s economy is dominated by services sector. The primary, industry and services sectors contributed 29.93 per cent, 25.05 per cent and 45.03 per cent, respectively, to the Gross State Value Added during the year 2017-18.

With two shortlisted projects, one of them in the impactful category, Mizoram is categorised as Catching Up state in the 2019 SKOCH State of Governance ranking. Both the selected projects from the state was from the district administration.

Siaha District administration has introduced a scheme called Drops of Prosperity with an objective to ease the life of the people who had been suffering from the scarcity of water in the district. Siaha is the farthest and remotest district of Mizoram. There are total eight districts in the state.

Drops of Prosperity project involves a multi-pronged implementation strategy with a major focus on IEC and knowledge sharing between the technical departments. Under this programme, more than 300 water reservoirs for farmlands and over 640 water harvesting tanks have been constructed. It has helped reduce soil erosion in highland crops production. It has also resulted in better soil and water conservation in farmland in the project areas.

My School, My Farm

Lawngtlai district administration has introduced a programme called Kan Sikul, Kan Huan (My School, My Farm) with an aim to ensure nutrition garden in every school, Aanganwadi and childcare institution by 2020. The initiative has helped reduce malnourishment from 37 per cent to less than 15 per cent. This project has enabled poor children from schools and Aanganwadis in the district to have fresh organic fruits and vegetables free of cost. As part of the initiative all children spend at least 15 minutes in their own school farm to cultivate different seasonal fruits and vegetable.