Kerala has the distinction of succeeding where others have failed. As the country struggles with education, healthcare and social welfare, Kerala has aced it. Now, the state is moving towards attracting business and industry, which could be the beginning of something new for God’s Own Country. 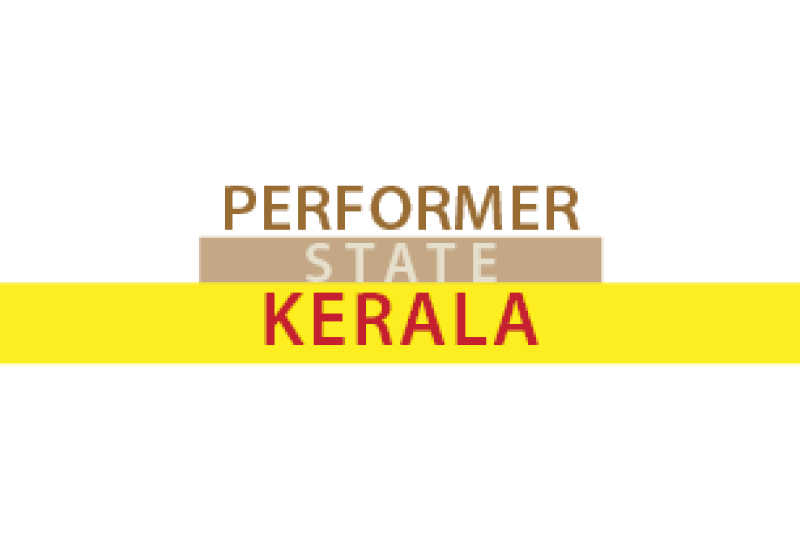 High human development indicators, a fast-growing economy and overall social welfare, Kerala has long been considered the beacon of Southern Indian states as it has marched towards a path of prosperity through its focus on education and healthcare. The state has consistently performed well on SKOCH Governance rankings and this year is no different.

Even though Kerala has lost a couple of positions to land at the 13th position in the SKOCH State of Governance 2019, it has showcased high quality of work through its governance projects. Many of these projects even made it to the final shortlist for their innovation and effective execution.

The state has been praised recently for its renewed focus on all-round development. It declared internet as a fundamental right and promised to deliver free broadband to underprivileged households. Kerala also recently topped the rankings for having the highest rural reach for its police forces ensuring the security of all the citizens. The state has also been praised for its entrepreneurship accelerator programme and how it’s been able to deliver new startups in emerging areas.

The Kerala Startup Mission, which is a state government body for entrepreneurship and incubation was recognised as the best in the world by Stockholm based intelligence company UBI Global.

The accelerator was praised for showing exceptional value for client startups, ecosystem and overall attractiveness of the programme. The selection was done among 364 programmes from 74 countries in which Kerala’s incubator topped the rankings.

In January, the government had given its approval to the state departments and institutions to invite IT startups for their requirements costing up to Rs 1 crore, to set up in the state.

Kerala has recently moved towards renewable energy in a big way. It has just floated tenders for procuring solar boats, which will work as ferries for inland passenger travel. The state has promised to start water metro project in Kochi by the next year, which is expected to span a distance of 78 km on water routes connecting more than a dozen islands. The water metro in Kerala will be the first in the country.

Behind the state’s continued progress is the government’s progressive vision and its ideals for equanimity and welfare in the state. The state administration has focused on improving security services, quality of living and ease of doing business consistently over the past few years and the results are there for all to see.

Chief Minister Pinarayi Vijayan is leading the change from the front. “The era of red tape mindset is over. We have to change our attitude. “Let us not create hurdles (for investors). Instead, let us facilitate investments and create a new Kerala,” he said at a recent business summit in the state.

While inaugurating a new metro stretch at Kochi, Chief Minister said: “The aim is to improve the infrastructure by improving the trust of the people and implementing the development. The government has already begun the process of developing the infrastructure. And in this venture, the government is trying to avoid the use of plastic completely.”

In terms of major projects, SKOCH analysts were extremely impressed by Kerala Police’s efforts. Let’s look at the project details:

During the floods of 2018, which were devastating for the state, the Kerala Police was entrusted with the task of rescue operations. The police not only carried out rescue for lakhs of citizens and tourists but also played the role of an effective-coordinator in handling central and state government relief efforts.

Police launched a rescue operation “JALARAKSHA” and in the Phase-I, it deployed, on an average, a total force of more than 10,000 officers and men, every day, w.e.f., 08.08.2018, who were involved exclusively in the whole rescue and relief operations. The highest manpower of about 33,000 was deployed on 23.08.2018. This included the local Police who were the first responders, followed by the Armed Battalion manpower, which was rushed to the spots.

Later, as the situation turned worse the Coastal Police, the RRF, the Thunderbolt Commandoes, the Women Battalion personnel, Women Commandos, officials from all special units of Police like Crime Branch, Kerala Police Academy (KEPA), State Crime Records Bureau (SCRB), etc were also pressed into operations. Officers of all ranks from Police Constables to ADGP level Officers did field work. In the Phase-II of Operation ‘Jalaraksha, the manpower deployed was to the tune of 10,000 to 15,000 per day, who got involved in various rehabilitation work. More than 6.5 lakh people benefitted from these efforts.

Kerala has shown the path for all other Indian states to emulate its high-human development model. Now, the state seems to be learning from its counterparts in bringing in industry and modernisation. Going forward, a stable and progressive policy environment will be key to the state’s overall development.