Karnataka surging ahead to innovate and automate

Karnataka has consistently recorded high economic growth and hosts the fourth largest technology cluster in the world. By fostering technology-driven innovation and launching conducive initiatives for start-ups, Karnataka is foraying as the leading state in manufacturing, technology and exports of services and goods. 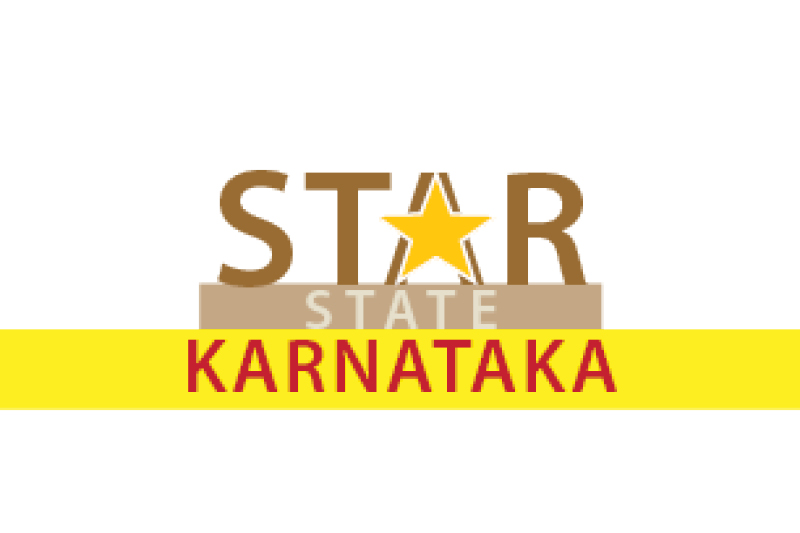 Recently, Karnataka has been in the news for the natural, social and political uncertainty. The projected political turmoil and the nationwide economic slowdown had left investors in qualms over the potential of business and industry in the state. While the media telecasts portray an overall downslide in the state, the data of the past three years showcase a consistent economic and social growth.

The State of Governance 2019 study examined multiple parameters and has derived that Karnataka is one of the fastest-growing states in the country and the state has focused on comprehensive growth across all sectors by strategic policymaking, setting up efficient processes for governance, and harnessing the technology. Overall, the state ranks among the top 10 states in India.

In this year’s SKOCH State of Governance ranking, Karnataka is placed eighth for its overall governance initiatives and the work it has done in the recent past. Even as 60 per cent of the state is agrarian and apart from cereal, spices and cash crops, Karnataka is one of the major producers of coffee in India. The state receives more than average rainfall in most parts and to contain this water for domestic and agricultural purpose, there is an irrigation master plan that incorporates a structured network of canal projects and water harvesting units.

The state ranks number one for its comprehensive policies on irrigation and ranks at second position on effective management of Water Resources. Karnataka ranked second in Municipal Governance and at third position in Governance in SKOCH ranking this year.

Karnataka has been consistently investing in building the knowledge infrastructure owing to for which it ranks second in the country. The state is home to 44 universities and some of the most premier educational Institutes in India.

Karnataka has been leading at third position in production and promotion of renewable energy sources and ranks among the top states to produce solar photovoltaic energy.

Over the years, Karnataka has evolved into a leading manufacturing hub in the country. It ranks second for infrastructure development and third for transport, which has facilitated the establishment of many manufacturing hubs.

Karnataka is one of the few states that has welcomed technology-based start-ups and provided them with a conducive platform for establishment and growth. It is the first state to have introduced an Electrical Vehicle and Energy Storage policy that aims to strengthen R&D and manufacturing of electric automobiles. The state has developed 31 fully equipped operational SEZs and has promoted over 135 start-ups through equity participation. The Karnataka start-up cell is rapidly encouraging businesses through incubation networks, platforms for R&D and opportunities for capacity building.

Chief Minister of Karnataka B S Yeddyurappa in his keynote address at the India Economic Conclave 2019, said: “Karnataka is the fourth largest and fastest-growing state, where we have taken concrete steps to design policies and schemes to achieve our vision of making Karnataka a Global Manufacturing and Technology Leader and a pioneer in driving sustainable, balanced and inclusive growth.”

In SKOCH’s assessment, five of Karnataka’s dozens of projects were found to be path-breaking initiatives that have had a measurable impact on the governance and benefitted the stakeholders.

Water requirement of Karnataka is increasing owing to growth of infrastructure, urbanisation and increased domestic consumption. To tackle the water woes, the Department of Agriculture in Yadgir district formed a Ground Water Rejuvenation project.

Yadgir is in the northeastern part of the state that has received scanty rainfall for consecutively two years, causing a severe drought condition. As declared by the State Government of Karnataka, 156 talukas have been listed as severe drought-affected. Two main areas were chosen for the Water Conservation Project. What sets this project apart, is that Earth Work methodology was implemented to rejuvenate the drying water bodies. This herculean task included 14 lakh cubic meter of silt excavation, which was then spread over 2,450 acres of farmlands. This achieved a dual purpose of increasing water storage capacity by 145 crore litres and the silt nourished the farmlands for better yield. The department credits farmers and other community members for the success of this initiative.

Karnataka State Road Transport Corporation (KSRTC) has been one of the top road transport undertakings in the country. The organisation has been paramount in major public transport developments in the state. However, cases of road accident and safety of citizens had become a pressing issue. To tackle this, the KSRTC took an approach that addresses multiple touchpoints. As the first step, it replaced the old breath-analysers with improved and advanced analysers. The resulting accuracy was followed by strict penalties and this helped curb driving under the influence of alcohol, said Gajendra Kumar, Divisional Controller of the Corporation. There were regular checkup campaigns for bus drivers and conductors. To encourage the drivers, Chief Minister’s Gold Medal Award is conferred to accident-free bus drivers once in their entire service.

Zilla Panchayat of Bengaluru rural district conducted an innovative experiment in order to improve the quality of education, specially the learning outcomes.

As part of the experiment, below-average students of class 10th from government and aided schools were identified. They were then grouped in clusters and special coaching was organised for these students; both for English and Kannada medium. The group of these students were called “Special Group of Students” or “Vishesha Pariganitha Gumpu” (VPG). 32 VPG centres were functioning to reduce the learning gap in the classrooms. The second method was to identify average students and grouping them together. These small groups were then home-schooled, replicating the Gurukul system.

The outcome of this experiment was a remarkable improvement in the results, the position of the State, which was earlier at 14th rank, went higher and reached the third rank. These experiments also brought in the need for innovation in the curriculum.

A project that was part of the Swachh Bharat Abhiyaan, this project focused on the on-ground human assets that shall drive the clean India projects. The sanitation workers are a crucial workforce and a process to manage this force ensures efficient implementation of sanitation policies. The Kalaburagi City Corporation set up Aadhaar Enabled Biometric Attendance system for the sanitation workers.

This eased the implementation of plans in 55 wards, which incorporates data of labourers, sanitation workers, supervisors, health inspectors and nodal officers. The platform has the scope to expand and create a more comprehensive system that involves citizen participation, driving awareness and reaching out to the NGOs.

Ideated by the Karnataka State Remote Sensing Applications Centre based on the recommendation by the Karnataka Knowledge Commission, K-GIS is one of the most innovative initiatives of the state. The importance of data in policymaking and strategy formation is undeniable and with the help of K-GIS, the state has upgraded itself from e-Governance to g-Governance; that is decision and planning taken on a geo-spatial platform. K-GIS is a platform that collates all government departmental data on a single spatial network and the GIS framework enables single gateway access to the data. Taking this a step ahead, these data subsets are accessible by the general public too. K-GIS is a breakthrough in deploying technology for efficient governance. Departments are now empowered with accurate and structured data sets, there is transparency in the data collection methods and this has supported better decision-making.

Karnataka has long been an investor favourite when it comes to its technology ecosystem with investment potential for both domestic and global businesses. However, the state’s work on improving citizen safety, access to water and healthcare is appreciated. From a governance perspective, Karnataka is a shining example of balancing the act and walking the walk.