Andhra Pradesh is among those states, which has carved a space for itself. By focusing on technology-based solutions and improving citizen services, the state is setting examples for others to follow. This year, the state has showcased its work across healthcare, security services, ease-of-doing-business and sustainable agriculture displaying its all-round potential. 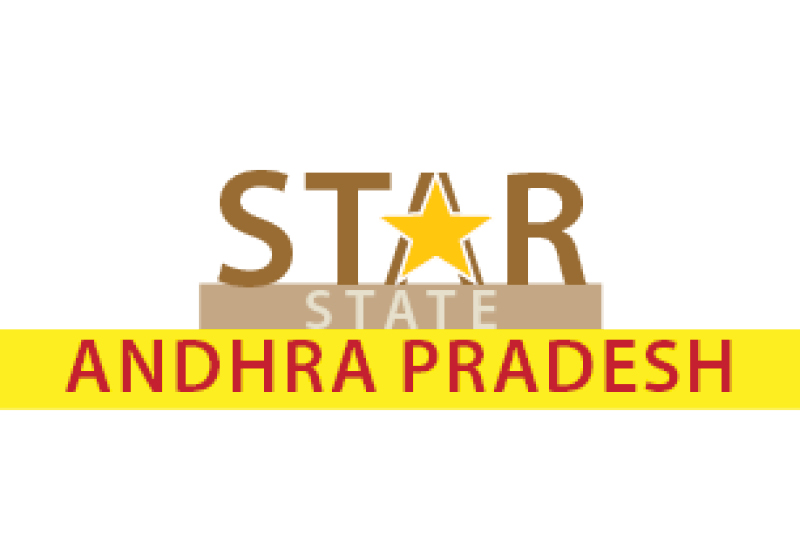 Once termed the sunrise state of India, Andhra Pradesh has been mired in controversies lately. Be it the sand mining scandals or reports of corruption, the media narrative on the state has been less than flattering over the past few years.

Recent reports suggested that Andhra Pradesh is shutting down infrastructure projects and the ongoing sand mining scandals continue to cast a dark shadow on the state. Many have wondered whether the new government in the state will be able to keep up the speed of development witnessed in the past.

However, things on the ground are vastly different as some stray incidents would have one believe. SKOCH State of Governance 2019 study found that Andhra Pradesh is actually a commendable transformation story. From facing partition in 2014 to now commanding the growth charts with a double-digit rise in gross domestic product, Andhra Pradesh is, indeed, a rising star.

This year, the state is ranked at the fourth position in SKOCH State of Governance rankings. While its ranking has dropped from the second position last year, the stream of projects analysed by SKOCH from the state show that it is well on its way to develop into one of the most vibrant regions in the country.

A robust policy environment, quick-thinking government and its locational advantage have helped Andhra Pradesh quickly leave the hangover of its erstwhile state and transform into a healthy state for both people and the businesses. The state has attracted record investments across sectors ranging from auto and electronics to pharmaceuticals and renewable energy. It’s a testimony of the work being done on the ground in the state which often doesn’t get the credit it deserves.

For instance, 12 of the state’s hundreds of massive governance projects made it to the top of SKOCH rankings this year. These projects are aimed at various sectors from reforming policing in the state to beefing up healthcare, which provide a window into the way the state’s policy environment has enabled all-round development.

This year, Andhra Pradesh has bagged the first position in SKOCH rankings for District Administration, second in Healthcare and third in Rural Development sector. It is among the top ten states in e-Governance, Transportation and Security. In overall governance index, Andhra Pradesh is steadily stationed among the top five states of the country.

It is aiming to increase business investments in renewables and manufacturing. At the same time, it is working to provide social welfare in the form of healthcare, security and food security to its citizens through a transparent approach with quality monitoring sitting at the top of the prism.

Chief Minister Y S Jaganmohan Reddy is the one leading the charge. During a recent address at a business roundtable in the United States, he praised the state’s progress and welcomed investors to initiate new projects.

Let’s dive deeper into some of the major projects in Andhra Pradesh and how they are changing the face of the state – inside out.

As agriculture contributes a substantial share of the state’s GDP, Andhra government is prioritising to reform the practice. The government aims to make Andhra Pradesh India’s first Zero Budget Natural Farming state by transitioning more than 6 million farms to 100 per cent chemical free agriculture in the next five years. The unprecedented transformation involves adopting sustainable agriculture practices and it is likely to create human and social capital for a vibrant agri-economy.

The initiative is expected to improve the livelihood of more than 500,000 farmers across 399 clusters in 2,000 villages of the state.

Tuberculosis is often referred as a silent killer. Every year, Andhra Pradesh sees about 1 lakh cases of the disease. With the lack of timely diagnosis, many succumb to the disease. In order to combat it, the state government is running a successful TB elimination programme aimed at eliminating the disease by 2025. As part of this programme, the government has started providing new Truenat machines to 225 healthcare centers, which detect TB with high sensitivity in less than one hour. This is leading to additional reporting of more than 5,000 new cases.

To make it easier for people with disabilities to obtain certificates, the government has launched an IT enabled framework called SADARAM+ which works through an application. The MeeSeva app allows people to book an appointment digitally after which they can visit a hospital to be assessed and they get a PWD certificate, which is digitally signed the same day. This has cut down red tape and eliminated brokers and bribes from the process.

To promote healthcare and save lives during the golden hours, the state government has started feeder ambulances, which are mobile vans or bikes as the first port of call for those in tribal areas. These ambulances are staffed with trained personnel and have modern equipment for stabilising the patient while they are being transported to a nearby healthcare facility. The response time is less than an hour. More than 22,000 emergency cases have been served by these ambulances till now.

In a bid to improve the last mile delivery of healthcare services, the government is revamping the Primary Health Center infrastructure through the e-SubCenter project, which leverages technology to address the lack of medical officers in the state.

As part of this project, each eSubCenter has telemedicine equipment and drug vending machines, which are remotely operated by a doctor from the medical hub. This allows patients to be treated for ailments even if the doctor is not physically present. At the same time, the Auxilary Nurse Mid-Wife working at these facilities are being trained to conduct internet telephony sessions between the doctor and the patient.

The project is now planned to be scaled up to all 7,458 sub-centers spread across 13 districts. The eSubCenters will be further equipped with modern equipment such as multi-para monitors capable of conducting 7 tests, drug vending machines capable of dispensing up to 40 drugs and desktops with tele conferencing equipment and internet access.

The state’s focus on improving healthcare is further underlined by the launch of the Mukhyamantri e-Eye Kendram programme. This initiative addresses preventable blindness by offering free eye care services to citizens across all 13 districts of the state. One eye center has been set up in 30 km radius of each village, allowing citizens to visit this center and get their eyes tested digitally. A doctor oversees this process through internet telephony and recommends medications and/or spectacles which are also available at the center.

Each center is equipped with Fundus Camera, Auto Refractometer, Manual lensometer and motorised tables. The centers also have digital eye care devices and the project enables the imaging reports to be provided by expert doctors digitally.

To improve the infant and neonatal mortality rate, the state is implementing Special New Born Care Units (SNCU) which goes the whole continuum of care from community to health facility, with a focus on tribal areas. These units are being set up at various health centers across the state to improve the quality of healthcare. The units provide monitoring devices, individual warding, controlled environment, central oxygen supply and emergency services for infants and children improving health outcomes in the underprivileged regions.

In Andhra Pradesh’s Krishna district, a silent democratic revolution is underway. The district is composed of 16 assembly constituencies and 2 parliamentary constituencies. Here, the government is running its Systematic Voter’s Education and Electoral Participation programme with the objective of improving the voting percentages.

The government has launched big campaigns such as models of EVMs and VVPATs to familiarise citizens. There’s been poetry shows, rally by sport stars like P V Sindhu, awareness campaign in educational institutions as well as marathons and guerilla advertising.

As a result of this initiative, 2.5 lakh additional votes from the region were recorded during general elections of 2019 as compared to 2014.

The government is moving ahead to reform its police services by modernising operations. The step in this direction is to set up a Technical Data Analytics Center which is fully equipped with state-of-the-art hardware and software infrastructure and trained personnel to assess digital footprints and improve crime detection as well as prevention.

The hub is already proving valuable in identifying culprits and solving cases faster as hundreds of people have received justice due to the technical support provided by the center.

The Pedana assembly constituency in the state is being set up as a model constituency as it has launched several initiatives for delivering efficient governance. The constituency has a district control center, which includes a complaint call center and citizen vigilance cell. Moreover, it has its own crime reporting app and specific enforcement teams for every 3 km radius. The administration has also launched daily reporting initiatives for projects and capacity building for officers.