The Finance Department of Assam has taken laudable steps to make the department much more transparent and accountable with better public participation. This is a huge step considering the lack of transparency that often mars the finance of a state for its citizens. SKOCH closely studied their project in the finance sector. The state ranks 27th in overall ranking in SKOCH State of Governance 2018. The state was positioned at numbers 23 and 14 in the years 2017 and 2016 respectively.

With the objective of ensuring transparency in budgeting, the Finance Department of Tripura has initiated the process of participatory budgeting for facilitating the public scrutiny of expenditure. With the objective to make the state budget accessible to all, the Finance Department has made Budget 2018-19 completely digital, among the first such initiatives made by a state government in India. The ambition of an e-Budget is not just a simple online IT system, but is envisaged to act as a useful platform for the citizens to air their views and ideas to be reflected in the Budget and closely monitor the implementation of the same. Many activities were undertaken to promote and popularise eBudget in the state such as organising a Budget Logo competition, large scale publicity through print and electronic media, awareness campaigns across 42 educational campuses in the state covering 17 districts.

Assam presented the first ever eBudget, through an 8-inch electronic device, instead of the usual printed Budget speech book, as had been practiced earlier. Similar tablets were given to all legislators, senior functionaries of the state government instead of the bulky Budget documents given on earlier occasions. This was a completely new experience for many users of the Budget including the legislators who were hitherto used to physical budget documents. The newly launched eBudget application is available at Google Play Store for download by the citizens of the state. Assam is among the first states in the nation to launch an e-Budget app. The transition from the earlier paper-based system of budget documentation to an online application translates to huge saving of public money in addition to saving enormous amount of time. Also, it significantly reduces paper usage thereby contributing to environmental sustainability. It is estimated that over 15 lakh sheets of paper have been saved through this initiative which otherwise get printed each year as part of the Budget making process in the state.

Tripura has several potential, yet relatively unexplored sectors such as organic spices, bio-fuel and eco- tourism. It is rich in natural resources such as natural gas, rubber, tea and medicinal plants. The state is also known for its vibrant food processing, bamboo and sericulture industries. The state is second largest natural rubber producer in the country, after Kerala. Tripura holds a strong tea plantation base in India, with 54 tea gardens covering an area of over 7,482.27 hectares as of 2015-16. As of August 2018, Tripura had a total installed power generation capacity of 735.72 MW and in February 2015, the state also initiated India’s first solar power plant at Monarchak. 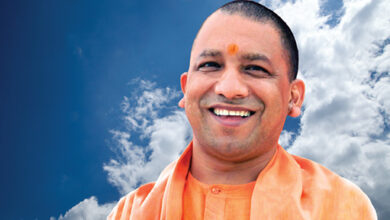