SKOCH studied projects in Municipal Governance, District Administration and Health sectors and found two of the projects from Arunachal Pradesh in health sector to be laudable. The state however has shown dismal performance in both ICT (e-Governance) and District Administration which till last year were the strong and performing sectors for the state. 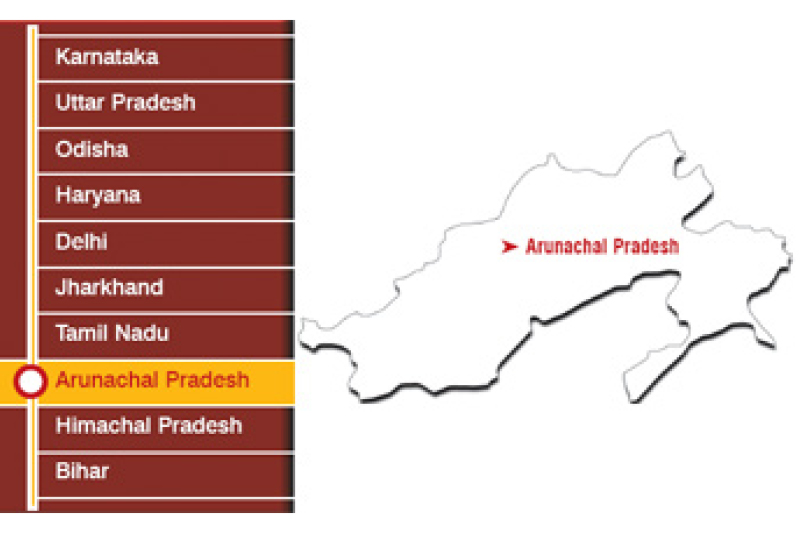 SKOCH studied projects in Municipal Governance, District Administration and Health sectors and found two of the projects from Arunachal Pradesh in health sector to be laudable. The state however has shown dismal performance in both ICT (e-Governance) and District Administration which till last year were the strong and performing sectors for the state. Last year, Arunachal Pradesh had shown how its rising use of technology is making the governance more transparent and efficient. The state was categorised a ‘Performer’ in 2017 due to its pushing for the use of new technologies in different layers of the government. While the state has still been categorised as “Performer” in 2018, this year the government did not come out with any e-Governance initiatives to maintain its fifth rank in e-Governance category but has shown significant improvement in its Health sector with new and socially viable schemes. The state stood at number 18th position in the SKOCH State of Governance 2018, while it was ranked 16th last year.

India launched one of the world’s largest vaccination campaigns against measles and rubella on 5 February 2017. Measles is a major childhood killer disease and rubella causes congenital rubella syndrome (CRS) that is responsible for irreversible birth defects. The campaign, launched with technical support from WHO for India, has a major step towards reducing childhood mortality and addressing birth defects. Measles is one of the leading causes of death among children while Rubella infection in pregnant women may cause foetal death or congenital defects. The government’s decision to prevent these diseases together with a safe and effective combined measlesrubella vaccine through the largest ever nationwide vaccination campaigns ever held.

The campaign in Arunachal Pradesh is targeted at vaccinating around 4.4 lakh children in the age group of 9 (nine) months to less than 15 years of age over 5-6 weeks’ period. This move demonstrates the commitment to improve health and well-being of population by protecting children against vaccine preventable diseases.

With its dedicated and focused approach, Arunachal Pradesh became the only state in country to achieve 100 measles rubella vaccination coverage in 5 weeks. Considering the vastness of the state bordering Bhutan in the west, China to the north, Myanmar in the east and Assam/Nagaland to the south with limited network of surface communication, organising trainings/ meeting in identified zones has been a challenge. The time taken to reach state headquarters from easternmost and westernmost parts of the state takes 2-3 days. The training at block level was one major challenge due to lack of training infrastructure and accommodation. With difficulties, the trainings could be held in a time bound manner. This campaign requires storing and transportation of vaccines in right temperature from state headquarters to the last point where vaccine is delivered to the beneficiaries. Monitoring and supervision remains a great challenge due to distance, bad road condition and the time it takes to even reach the districts. Correct and timely reporting is a challenge due to inaccessibility to good internet and mobile / telephone services. But the state overcame all these challenges and was able to meet its target in the stipulated time frame.

Another initiative, yet again in the Health Sector, has been Free Cancer Chemotherapy under the aegis of State Cancer Society of Arunachal Pradesh (SCSAP). Under the scheme, cancer chemotherapy drugs are provided free of cost to all the APST (Arunachal Pradesh Schedule Tribe) cancer patients with a ceiling of S10 lacs per patient per annum at Tertiary Cancer Centre, Tomo Riba Institute of Health & Medical Sciences (TRIHMS), Naharlagun.

As Arunachal Pradesh is one of the states with the highest incidence of cancers in the country, many of the poor cancer patients were unable to afford the high cost of chemotherapy drugs and were forced to discontinue their treatments. The main aim of the scheme was to reduce consequent financial burden due to cancer treatment for the patients as well as the state. The other basic modalities of cancer treatment, viz., surgery and radiation therapy are available at the TRIHMS, Naharlagun at very nominal rates. There were reports that a lot of patients had to sell their land, property, domestic animals, jewelry etc. for the treatment.

This scheme has been extremely beneficial for the state with the cost of treatment going down drastically and treatment compliance going up.