The country’s most populous state, Uttar Pradesh, has introduced a series of innovative measures in areas like transport, health and district administration to make the process more efficient and transparent. 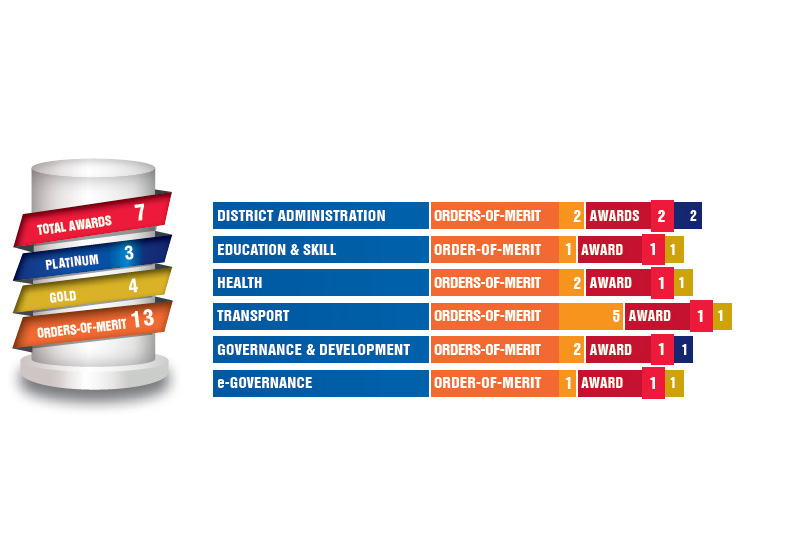 The country’s most populous state, Uttar Pradesh, has introduced a series of innovative measures in areas like transport, health and district administration to make the process more efficient and transparent. With 13 SKOCH Orders-of-Merit and seven awards, Uttar Pradesh is a PERFORMER state in this year’s SKOCH State of Governance study. Uttar Pradesh bagged three awards in Platinum and four in Gold category.

Uttar Pradesh got five SKOCH Orders of- Merit in transport and two in Health, Governance & Development and District Administration each. The state tops the chart in the initiatives in transport sector.

With an objective of social and economic upliftment of rural population, Uttar Pradesh State Road Transport Corporation (UPSRTC) has launched an initiative to connect all villages in the state through low cost public transport. Under this initiative, the target is to connect all villages to district and divisional nodes. UPSRTC is operating these services by discounting its normal fare up to 25 per cent. This is a mammoth task as Uttar Pradesh has a population of over 25 crore, of which nearly 75 per cent or 19 crore are rural. The state has over 97,000 inhabited identified revenue villages, of which before these operations started, over half of them lacked bus connectivity in absolute terms. With induction of just 1,447 rural buses over 19,000 villages have been covered.

UPSRTC has taken several steps to make travel more convenient and safer. It has set up Wi Fi Infotainment and Internet Hubs at bus stations and selected buses. It has introduced cashless initiative – RFiD FasTag in buses for digital payment of toll. It has launched Parivahan Seva @ParivahanUP on Twitter to resolve the queries and grievances.

UP100 introduced by Uttar Pradesh Police is the world’s largest emergency response management system. It has been established to provide integrated emergency services relating to public safety across Uttar Pradesh on 24×7 basis. Any call originating for number 100 directly land at UP 100 Contact Centre at Lucknow. From there, it is transferred to Dispatch Section to send required assistance at the field and also inform the district Police Station.

The Government of Uttar Pradesh has initiated free of cost haemo-dialysis services to be provided at district hospitals. Uttar Pradesh Health Systems Strengthening System has developed Haemo-Dialysis Information System to ensure effective and transparent monitoring of the project.

District Administration Etawah has launched a comprehensive campaign through audio-video films at Panchayats and rural areas to create awareness about different government schemes.

UPSIDC has taken several exemplary e-Governance initiatives to catalyse the process of transparency and 360-degree transformation in working system of the organisation.