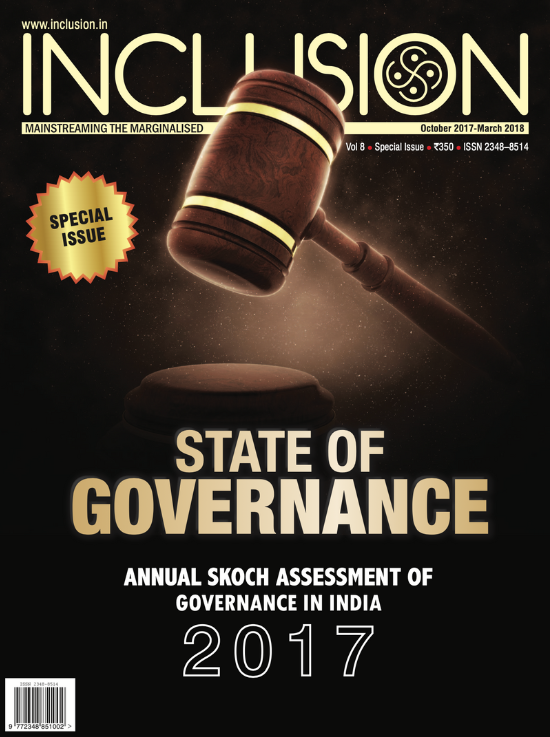 Tamil Nadu is one of the most overall developed states in India. Per capita income is among the highest and the state fares among the best on most parameters of the human development index. Tamil Nadu has extensively used information technology in the delivery of public services. 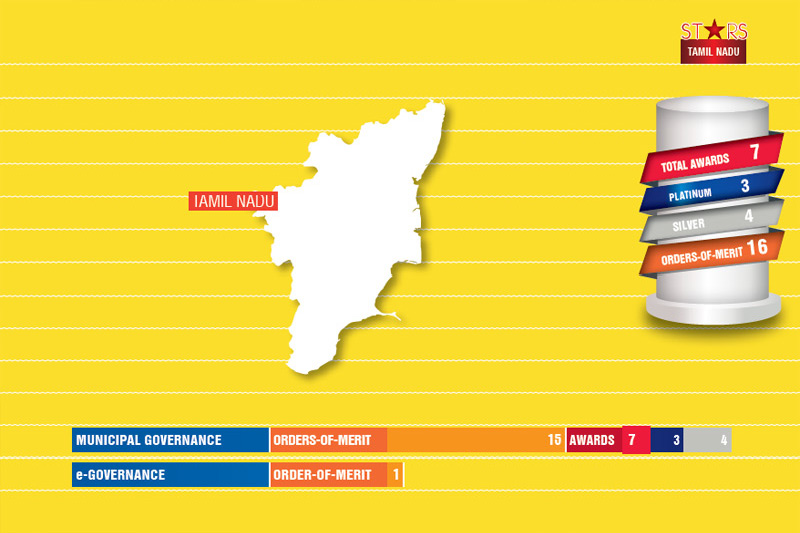 Tamil Nadu is one of the most overall developed states in India. Per capita income is among the highest and the state fares among the best on most parameters of the human development index. Tamil Nadu has extensively used information technology in the delivery of public services. New technology has helped plug leakages and made the system more transparent.

With 16 SKOCH Orders-of-Merit and seven awards Tamil Nadu is a STAR performer in this year’s SKOCH Governance study. The southern state bagged three awards in Platinum and four in silver category.

Tamil Nadu’s Gross State Domestic Product expanded by 7.94 per cent in 2016-17, as per the state budget document for 2017-18. The GSDP growth accelerated to 9 per cent in 2017-18. This is higher than the national average. Tamil Nadu is among the most industrialised states. It has emerged as a hub of automobile industry. The state is also putting an increasing focus on development of IT infrastructure.

Greater Chennai Corporation has implemented real-time financial accounting system. This is an integrated fund-based double-entry accounting system that manages the financial accounting and reporting, budgeting and asset management of Greater Chennai Corporation. Rules are incorporated to automate some of the repetitive transactions. This is expected to greatly reduce data entry errors and improve productivity. The system provides for all the necessary management controls like voucher approval before G/L posting, security with role-based access control and approval workflows. The functions are decentralised and online. The services are available across the city – headquarters 15 zonal offices, 200 divisional offices and 49 unit offices.

Directorate of Town Panchayats, Chennai has taken a number of initiatives to achieve the status of “Litter free Town Panchayats”. It provides necessary assistance and support to the Town Panchayats to maintain the towns clean by promoting “4R” concept (Reduce, Reuse, Recycle and Recover). It has implemented innovative solid waste management system that seeks to achieve the target of zerowaste town.

Tiruchirappalli City Municipal Corporation has implemented decentralised solid waste management through microcomposting with community participation. This Project has proved substantially effective not only from the perspective of nutrient, recycling and socio-economic upliftment of urban poor, but has also led to a significant reduction in the volume of waste that has to be collected by trucks and disposed off in dumping yard.

Coimbatore City Municipal Corporation has introduced Smart City App that connects citizens, innovators, social organisations, volunteers and experts and creates community around new ideas for Smart cities. The App also provides instant notifications about events, information and government updates for citizens. It also has a feature that helps citizens to get their grievances resolved over a chat.

Coimbatore City Municipal Corporation has set up a Smart City Innovation Lab in collaboration with Fraunhofer Institute for Industrial Engineering (IAO). The two organisations have entered into a strategic collaboration for setting up a sustainable and innovationdriven Smart City. The Smart City Lab is based on the methodology and experience from the innovation network of the Fraunhofer Society that have been successfully conducted globally. The methodology is continuously updated and includes the latest findings and expertise from Smart Cities projects in Germany, Europe, Asia and Latin America. With an objective to eradicate the use of plastic bags, Coimbatore City Municipal Corporation has started the initiative “My Shopping My Bag”. The focus of the initiative is on educating people about the ill effects of using plastic bags. Instead of slapping fines on establishments for using plastic bags, the volunteers associated with the initiative chose to educate the commercial establishment owners on the detrimental effects of using plastic bags and this approach worked.

Madurai Corporation has introduced Property Taxes Management System, which is a twopart ICT solution for the management of all aspects of property taxes including assessments and inspections in the field. Leveraging ICT has brought about rapid status updates, report generation, follow up of pending payments, and so on. Further, the system ensures payment into the right bank account – safeguarding the revenue stream and greatly reducing loss. The new system has led to a huge jump in the revenue of the Madurai Corporation.

The Department of Survey and Settlement has introduced an online system for land records mutation named Tamil Nilam that has brought a sea change in the maintenance of land records in the state. The web-based system has replaced the manual Patta Transfer system in all Taluks. Now people are no longer required to visit Taluk offices for Patta transfer and other related works. The services are now available through Common Service Centers located across the state.