Taking a Lead from the North East

Mizoram, one of the seven states in the North East, has taken several impressive steps for e-Governance. Mizoram is a Performer in this year’s SKOCH Governance study. The State won 3 SKOCH Orders-of-Merit and 1 SKOCH Governance Award in Platinum category. 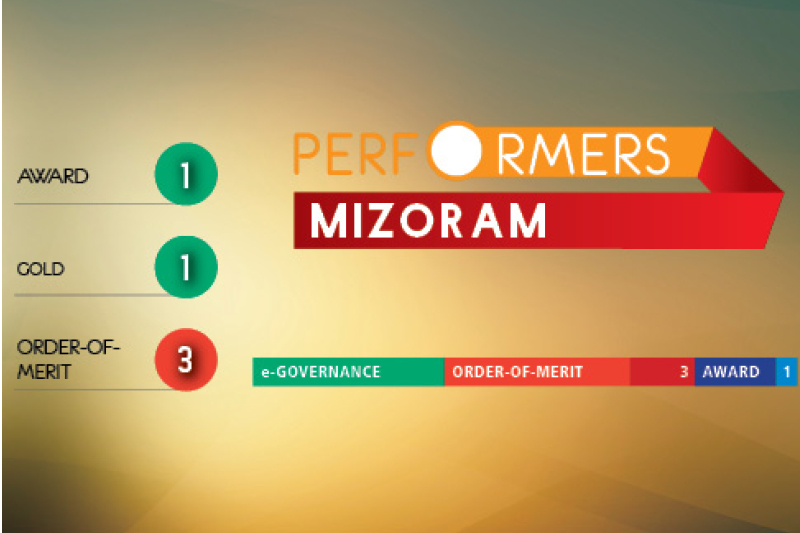 Mizoram, one of the seven states in the North East, has taken several impressive steps for e-Governance. Mizoram is a Performer in this year’s SKOCH Governance study. The State won 3 SKOCH Orders-of-Merit and 1 SKOCH Governance Award in Platinum category.

Mizoram is the second least populated state of India. Nearly 95 per cent of the State population is of tribal origin. The State has recorded high economic expansion in the recent years. According to Mizoram’s Economic Survey 2015-16, the State economy (GSDP) was estimated to grow at about 9.2 per cent during 2014-15 while the national economy (GDP) was projected to grow at 7.5 per cent during 2014-15. GSDP growth for 2015-16 is expected to remain in the range of 8 to 9.5 percent with the launch of New Economic Development Policy – Comprehensive Growth Strategy for Mizoram by the State Government, which provides the policy priorities that constitute the basic economic focus to forge ahead to promote a more inclusive and stronger economy.

The State is increasingly using modern technology to bring transparency and efficiency in administration to ensure efficient and effective service delivery to the citizen. Department of Information & Communication Technology (DI&CT) has effectively implemented e-District project that seeks to radically improve the way districts work and provides services to citizens and automate the complete workflow and internal processes of district administration with the possibility of seamless integration of various departments to e-enable the delivery of services. The project has led to increased transparency and improved workflow of district administration relating to the citizen service provided by the government.

In order to streamline the management of Government websites, the DI&CT has implemented Government of Mizoram – Content Management System (GoM-CMS). Features and modules integrated in the CMS focused on the needs of the citizens for accessing Government services as well as its departments for providing various e-Services efficiently and effectively. The system is also user-friendly for the citizen as well as the website management team of the user department. The GoM-CMS is implemented across all the District Administration, Sub-Divisional and Block Offices.

With an objective to improve effectiveness and efficiency and eliminate delays in processing, Mizoram State e-Governance Society has implemented a new Inventory Management System (IMS). Under this project, it has been envisaged to enable the approval of certain indent items to the concern department’s officer through appropriate automated system. It is an important enhancement of the State’s e-Governance implementation programme, in which major G2E services are delivered by leveraging ICT.