Himachal Pradesh has taken several initiatives in e-Governance. The State is increasingly relying on new technology to make services available to its citizen, especially in the difficult terrain. 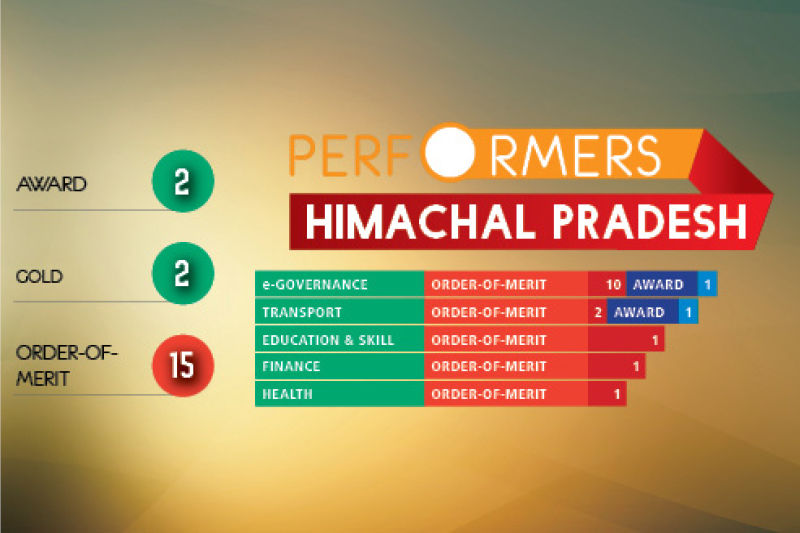 Himachal Pradesh is among the frontrunner in Aadhaar enrollment and cleanliness drive. As per the government data, there is practically no single house in the State without a toilet. Most of the villages are linked to Public Health Centres (PHCs) and Lokmitra Kendras (LKs).

Himachal Pradesh is the first state in the country to launch e-Samadhan for redressal of public grievances. A separate department of Redressal and Public Grievances under the direct supervision of the Chief Minister has been set up in each of the public service oriented departments to make the process more efficient.

e–District, implemented in a mission mode, seeks to provide integrated and seamless delivery of citizen services by district administration through automation of workflow, backend computerisation and data digitisation across participating departments. It further aims to integrate multiple applications, faster processing of public cases/appeals/ grievances, dissemination of information as per public requirement and redesign the processes for the core services to be delivered through the Common Service Centers (CSCs).

With an objective to educate common citizen on brain stroke, the second biggest reason for human deaths, Department of Health introduced Himachal Pradesh Telestroke Android App. This helps user in understanding the stroke and most importantly recognise the stroke occurrence based on the symptoms explained in the App using audio, video etc.