In India too we have something similar though, if one were to characterise the situation in India, one would term it inadequate. We have a social security system in place in terms of which, the government provides income support to people in their old age but it is available only to a few, only to those below poverty line. If you are below the poverty line, you would be eligible for state support, which comes in the form of pension.

There are a few pensions that the government gives by way of state support. These are, for instance, Indira Gandhi Old Age Pension Scheme, Widow Pension scheme, and a disability scheme. If I may ask, are these adequate? My answer is, no! A pension of Rs 200 is awfully inadequate.

Just by way of comparison, two of the BRICS countries, Brazil and South Africa, minimum pension is $170 and $125 respectively. We are $4…. Currently about 27 million people are provided this form of sustenance by the government through various schemes covering people above 60 years of age. I may say, coverage is good but the quantum of assistance is really low, which needs to be increased. On the other hand, even with this small level of support the government bill runs to Rs 11,000 crore annually.

When the state support is not enough you have to have a supplementary source of income in your old age and that would come in the form of a pension. But here too the story is quite skewed. Our working population is divided between formal and informal sector. While the formal sector is well covered through pension schemes, there is no coverage for the informal sector that comprises of more than 80 per cent for workforce in the country.

The informal sector workers are vulnerable and after retirement become dependent on their children and live in a joint family system. As far back as twenty or thirty years it may have been fine but the joint family system now is slowly disappearing and such people are left to fend for themselves in their old age.

We currently have a population of more than 100 million aged 60 and above and in the next 10 years or so this number is likely to go up to almost 190 million. In context of 1.2 billion population, this may appear small, but doubling in a decade is worrisome. If these people are not provided for properly, it will be a huge burden on the state. This, coupled with inadequate coverage, will only compound the problem. The fact, that life expectancy is on the rise, is another reason to insist for pensions.

The government is very much aware of the problem. The Atal Pension Yojana, earlier called the Swavalamban, has covered 4 million people in the informal sector, wherein the government gives a guaranteed pension to people who join up. It is still not enough. There is a large mass of people waiting to be covered. There is a need to popularise these schemes to encourage people to join up as quickly as possible to avoid difficult times when they retire.

Hemant Contractor is Chairman, PFRDA. Excerpted from his address at a recent Skoch Summit 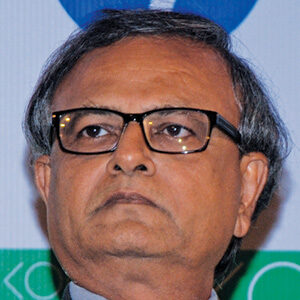