Initially when we started digital certificates online, it was transformative. The beginning was small, but today it has started touching our lives at each step that covers a whole gamut of services. The talk of a private space on a public cloud or digital locker is something, which one could never think of. But given today’s context, this appears to be the way to go. The documents could be pushed to the public cloud, which can be fetched by a citizen as per requirement. This has not been attempted anywhere in the world but is conceived and is being implemented as part of Digital India.

e-Sign that we have started rolling out has no parallel in the world as it uses biometrics. It was conceived early this year and soon it will become a reality.

There was always a suspicion or question mark on how much importance is to be given to this, which is actually just an instrument? Why could we not use biometrics to have digital signature, which is tied to a person who is signing? e-Sign that we have started rolling out has no parallel in the world as it uses biometrics. It was conceived early this year and soon it will become a reality.

I recall an interesting discussion that took place during November 2014 in a meeting with Prime Minister. When one retires, every year thereon, he has to appear in front of the bank manager to give live certificate to avail pension benefits. It was suggested that why can’t we have an online system wherein one could authenticate that he is living rather than making a physical visit to the bank. This gave birth to Jeevan Pramaan. This has solved the problem of people not being able to present themselves before bank manager; that resulted in break or discontinuation of pension benefits. Pensioners today are using Jeevan Pramaan portal, either themselves or through their children who are more tech savvy.

I heard several people say that older generation will find it difficult to use computers. I disagree. If there is value creation, people will use technology and Jeevan Pramaan is a living example of this. Such and several more initiatives are examples of transformation in governance.

Ajay Kumar is Additional Secretary, DeitY. Excerpted from his address at a recent Skoch Summit 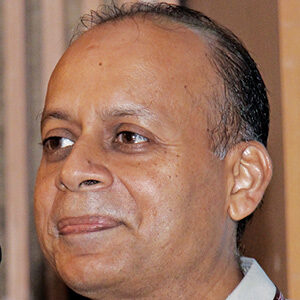