Gurgaon will be a Smart City in addition to Karnal and Faridabad. May be, we will not get the financial assistance from the Centre meant under the Smart City Mission, we will develop it from the state funds. The Central government will provide the technical assistance in the first phase. Considering the population of the state only two cities had to be chosen from Haryana in the list of 100 Smart Cities to be developed with the Central government assistance across the country. But I assure you that Gurgaon will be a Smart City and state will arrange R500 crore on its own for Gurgaon while following Central guidelines for the Smart City. I also invite SKOCH Group to play an active role in the process of making Gurgaon a model Smart City.

Haryana has done well and for this I would credit our Prime Minister Narendra Modi. I have worked with him during 1996-2001 and it was he who introduced me to computers. As part of Sangh Parivar and as in-charge of Northern India, he visited me during 1996 and brought three boxes. I felt this must be TVs. I was surprised to see computers instead. I was 43 then and a computer illiterate. The whole episode was so encouraging that I not only installed those computers that very day but also started learning it. The rest is history and I must say that the adoption of technology has become a way of life for me personally. Early on, I understood that the way to deliver government services and deliver better and effectively, technology is the only answer.

I have always been wishing to take this further and I got this opportunity when I took over as Chief Minister. Within two months of my taking over, we celebrated the birthday of Pt Madan Mohan Malviya on 25 December 2014 as Good Governance Day and launched CM Window Grievance Redressal System. CM Window is opened at DC offices and Mini Secretariats across the state. The instances of grievances being dumped without being addressed have come down. The results are amazing, as it has given us an opportunity to understand their problems and also to find out what they expect.

Haryana is a small state with 2.53 crore population with a landmass of 44,000 acres spread across 6,500 Panchayats. We have created a State Resident Database to know our citizens and keep in touch with them, addressing their grievances as well as delivering to their expectations. Soon we will know all our citizens and every inch of land. This will help us take decisions to set up industry, power plants and so on. E-Registration, e-Stamping and Birth Registration are few other initiatives that are being linked with Aadhaar. Our objective is to track each birth till the time he/she attains the age of 18–in terms of vaccination, school admission, migration, scholarships and so on. This will bring about a generational change in governance over a period of time.

I see a great role of technology companies, industry and voluntary organisations in helping the government with technical knowhow, domain knowledge as well as grassroots experience. I invite SKOCH Group to play an active role in the process of making Gurgaon a model Smart City.

Of course, leveraging Aadhaar we started biometric attendance system. Although there was some resistance initially, people have now got used to it. Haryana is the first state to start this. We plan to take it to schools, not only for teachers but also for students.

People, over a period of time, had lost faith in the government. It is our duty to restore their confidence and make them equal stakeholders in governance. We are moving towards less-paper governance. Paper is being increasingly reduced with the help of technology and is bringing in transparency.

Our motto is to take government at the doorstep of people. With this objective in mind, we are creating Gram Sachivalayas across all 6,500 Panchayats, which will be completely wired and connected. It will be done in partnership with the private sector. I see a great role of technology companies, industry and voluntary organisations in helping the government with technical knowhow, domain knowledge as well as grassroots experience.

In spirit of good governance, I have mandated that no file will take more than 15 days for disposal. We found more than 46,000 files were lying in various rooms in the Secretariat, accumulated over past decades, which were removed. In Haryana Government, a file that moves does not stop till it has met its logical conclusion.

Governance without innovation will have little meaning. Haryana historically has been known as power deficient state. It is not true, we have plenty of power but the problem lay in poor infrastructure and transmission and distribution losses. To top it, poor rate of recovery has compounded the problem. We have taken stiff measures. In addition to educating the customers, we are also incentivising them. Timely payment gets them discounts. We have created variable incentive structures for rural, urban and industrial/commercial users–without any exception. All have to pay. This has been received very well. Further, its been mandated that if anybody wants to contest Panchayat or Corporation elections, he/she has to clear all electricity dues and repay cooperative loans. In one week alone, we mopped up Rs 13 crore in electricity dues. Nearly Rs 60 crore as cooperative loans have been repaid.

For me the mantra is “sabka saath, sabka vikaas”.

Manohar Lal Khattar is Chief Minister, Haryana. Excerpted from his address at a recent Skoch Summit 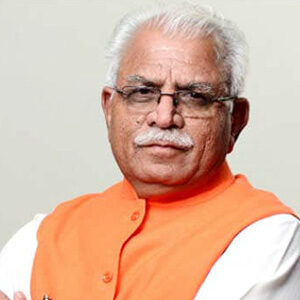 Renewable Energy: Where is the Complete Package?