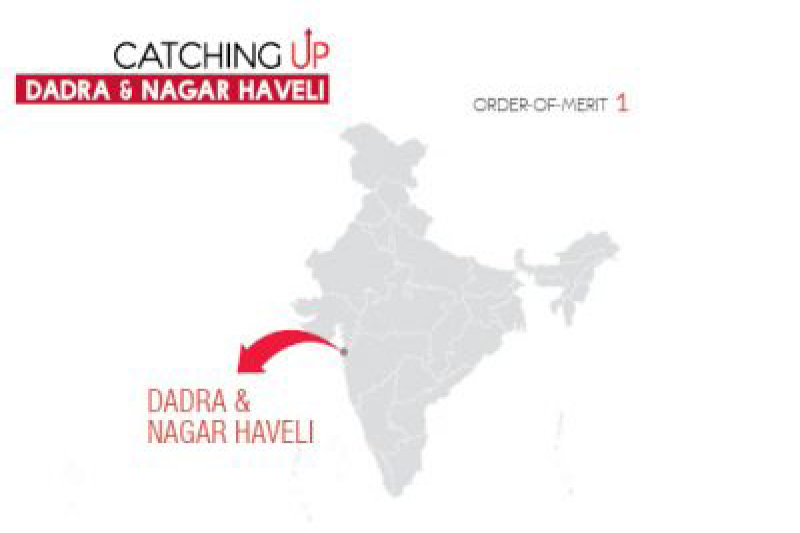 The UT of Dadra & Nagar Haveli has an area of 491 sq km and a population of 0.34 million. There is 1 district, 1 block and 70 villages. The UT has population density of 449 per sq km (as against the national average of 312). The decadal growth rate of the state is 59.22 per cent (against 21.54 per cent for the country) and the population of the UT continues to grow at a much faster rate than the national rate. DNH enjoys the locational advantages of being in proximity to the industrially developed States of Maharashtra and Gujarat. DNH is located at almost equal distance from Mumbai, the Financial Capital of the country and Surat a Business/Economic Capital of Gujarat State. The region is in close vicinity to well developed industrial estates in Vapi, Sarigaon and Surat. This in turn has resulted into origin of industries in the DNH region. The incentives offered by the Government of India through DNH Administration for establishing industrial units along with the availability of land have further resulted into spurt in development of industrial estates. The state won a SKOCH Order-of-Merit for the Municipality of Silvassa.

The Order-of-Merit was awarded in the Municipalities segment to Silvassa Municipal Council’s Water Supply Scheme for Silvassa & Amli Town. Under this project, the water supply needs of a projected population of 1.66 lakh by the year 2035 have been addressed. This project was handed over to the OIDC, which implemented this effectively and in a short period. Since the existing water supply scheme had been designed for only 17,000 people and was catering to the augmented requirements of 75,000 people, the effort and creativity in implementing the new project can be gauged.

The Order-of-Merit was awarded in the Municipalities segment to Silvassa Municipal Council’s Water Supply Scheme for Silvassa & Amli Town. Under this project, the water supply needs of a projected population of 1.66 lakh by the year 2035 have been addressed

The Administration is implementing the economic liberalisation policy announced by the center in letter and spirit. For this purpose, various administrative procedures have been streamlined and simplified to encourage industrial growth, viz., e-SLA has been introduced. A significant step is now being undertaken to facilitate time-bound delivery of services to the residents of the territory through use of the utilisation of Information Technology. This initiative is being name as “Samay Sudhini Seva” wherein the Administration will guarantee the delivery of services in a specific time frame.