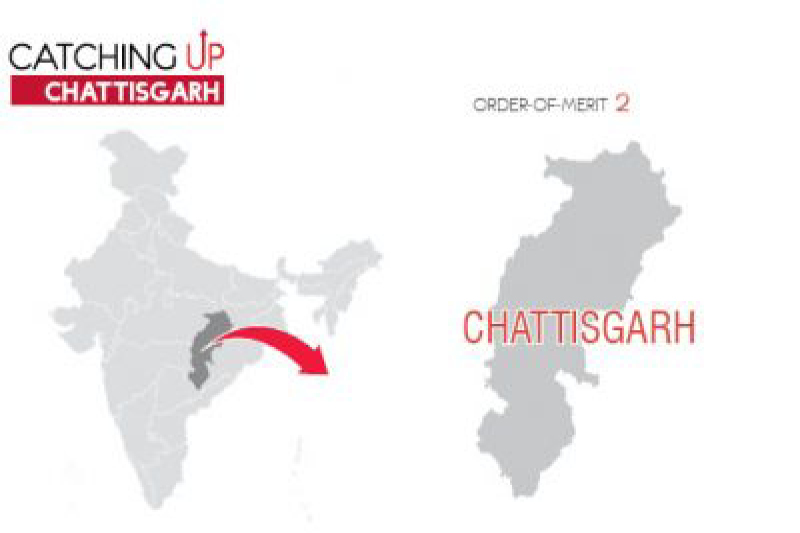 Chhattisgarh, a state in Central India, ranks 17th in terms of population and 10th in terms of area in the country. It has 27 districts with Raipur as the capital city. The state has one of the highest mineral reserves in the country. The GSDP for 2014-15 was Rs 2,10,192 crore and the Per Capita income stood Rs 64,442 for the same period. In this year’s awards, the state has won two SKOCH Order-of-Merit, both in the Municipalities segment.

The first Municipality that we look at is the Ambikapur Municipal Corporation and its project ‘Solid and Liquid Resource Management’. The objective was “Swachh Ambikapur mission” and an aim to provide livelihood to urban poor and to demonstrate complete (100 per cent) resource recovery from inorganic waste (through reusing, recycling etc) and organic waste (Composting) by involving Women / Men Self Help Groups. The project began with eight SLRM centers on 4th July 2015. The impact is cleaner roads, removal of public dustbins from wards, reduction of expenditure in garbage transportation, collection of user charges and a tangible increase in the amount of collected recyclable waste.

The other municipality was the Raipur Development Authority, which won the Order-of-Merit for the Town Development Scheme (Kamal Vihar). Kamal Vihar site is located between State and National Highways. Kamal Vihar project is based on a self-financing model and public participation. The method of reconstitution of land model was adopted in the project. The aim was to cause residential, commercial, cultural, institutional and educational sector developments with adequate urban infrastructure and public amenities including health, sports and recreation and to lay an environmentally appropriate urban infrastructure in a city peripheral region to accommodate a rapidly growing city population.