With an ambitious target of 100 billion digital transactions by 2022, efforts are on to put in place sound infrastructure and adequate security. Efforts are also on to generate mass acceptance and rapid change in the mindset of people towards digital payments as a way of life. This will lead to inclusive growth and foster financial inclusion, says TEAM INCLUSION 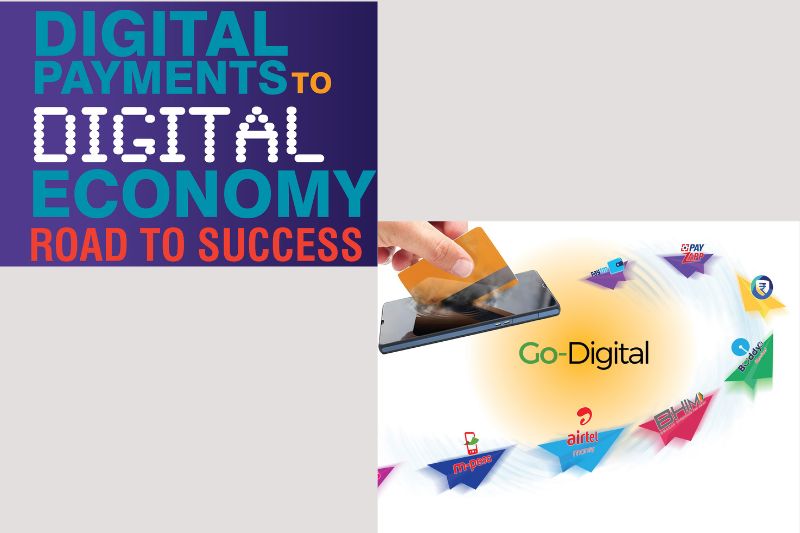 It is important to note that till few years back the terms like digital transactions, Apps etc, were confined only to the literate and more specifically to the urban population. Prime Minister Narendra Modi has sensed that his ambitious target of 20 billion digital transactions this year and rapidly increasing to 100 billion by 2022 would not be possible without encompassing the rural population, which constitutes nearly 70 per cent of the total population. It is to be noted that India comprises of 15 per cent of the world population and with a growth rate of 7 to 8 per cent, India can very well become the second largest economy by 2030. To achieve this, the government considers the digital economy as the primary growth enabler. Echoing this faith, a Boston Consulting Group (BCG) study report released in 2016, points out that Indian digital payments industry will grow to $500 billion by 2020, contributing 15 per cent of the GDP. More than 50 per cent of India’s Internet users will use digital payments by 2020. On the other hand, there are apprehensions why India needs digitalisation? Whether Indians are ready for it? Do we have a sound infrastructure and adequate security in place and can there be acceptance and rapid change in the mindset of 90 per cent of people who are accustomed to the practise of using physical money or cash.

When the transactions are digitised, monitoring sales and taxes and its evasions become convenient and thereby generating more revenue for the government resulting in growth of the overall financial status of the country. This will lead to the empowerment of people, especially the vulnerable, in inclusive growth and foster financial inclusion in terms of getting access to banking and other digitalised systems to come into the fold of receiving the due incentives and subsidies meant for them.

Demonetisation is noted for its fillip as it has provided to increase digital transactions. For example, post demonetisation, RuPay card transactions have noticed a phenomenal rise from 6.22 million to 18.16 million in volume and the value of these transactions has spiked from 11.97 million to 30.06 million. Estimates claim that the usage of RuPay transactions have also touched 47.27 million in volume and 70.05 million in value. In addition, India being largely a debit market having over 800-830 million debit cards in the market, majority of them were used at ATMs to withdraw cash during demonetisation. There is a good shift where now consumers have started to realise that they can start using their debit card not just at the ATM for withdrawing money but for purchases too. This has dispelled the notion that physical cash is more convenient than digital. As stated by Ritesh Pai, Chief Digital Officer, YES Bank “the building blocks of digital platforms were laid 4-5 years back when Aadhaar as a concept came in and this helped to built a lot of interoperability platforms, which has enabled electronic transactions flowing initially from the corporate side. With UPI and IMPS gaining prominence it has encompassed large population.” Likewise Ravinder Aurora, ED-Global Public Policy & Community Relations, Mastercard, also points out, “Mastercard has taken big commitment to include micro merchants as they are at the base of the pyramid or the ones, which we financially include due to their transacting activity and leverage the present acceptance and usage to drive the digital economy forward.”

To entrench the above, there are three focus areas, which have to be given utmost importance and these are infrastructure, regulator and entrepreneurship. At present, India has over 450 million smartphone users and another 250 to 300 million people with basic mobile phones and the government is trying to convert these into “banks and wallets” for everyone by leveraging these tech-based digital payments solutions. But one concern as expressed by Naveen Surya, former Managing Director, ItzCash Card, is the necessity of the Government to be cautious between the “identity authentication and transaction authentication.” When it comes to payment and settlement system, the Regulator possesses entire power. It is important to have regulation, which is about risks and not about products. Simplification of payment product to reduce KYC and multiple processes is another grey area, which needs to be focused under the regulation. Since entrepreneurship involves innovation, execution and disruption the importance lies in the relationships of both infrastructure as well as regulationwhether they can co-exist.

In 2017, RBI released draft norms that seek to overhaul the rules governing how much banks can charge merchants for providing debit card services in order to make such transactions cheaper and more popular among smaller merchants. The link of the merchant discount rate (MDR) to the annual revenue of the merchant based on the recent classification of four different classes of merchants—i) smaller merchants that have an annual turnover of up to Rs 20 lakh; ii) government transactions; iii) special category merchants related to utilities, agriculture etc; and, iv) all other merchants who have an annual turnover of over Rs 20 lakh. Based on the above classifications, the transactions rates also vary where up to Rs 1,000, it proposes a flat fee of Rs 5, while transactions between Rs 1,001 and Rs 2,000 will attract a Rs 10 charge. For all government transactions worth Rs 2,001 and above, RBI proposes a 0.5 per cent MDR. Earlier, RBI had capped the MDR for debit card transactions of up to Rs 2,000 at 0.75 per cent and at 1 per cent for all transactions above Rs 2,000.

In this scheme of things, security and safety of digital transaction attains crucial importance. Moreover, promoting biometric systems has largely eliminated frauds. Heavy investments are also being made by major card companies like Mastercard, which has invested a billion dollars just to enhance safety and security of its card and digital transaction systems. In addition, it has promoted a “Zero Liability” policy that even if a card is lost by the customer or there is any fraudulent transaction, the customer is compensated. Moreover, RBI has given a time limit, which got extended till December 2018 to convert the entire existing magnetic strip based credit and debit cards into Europay Mastercard and VISA (EMV) security standard. EMV chip cards primarily improve security against fraud and use Personal Identification Number (PIN) and cryptographic algorithms such as Triple DES, it provides authentication of the card to the processing terminal and the user’s host system. The EMV chip card has more advantages than a magnetic strip card, which is vulnerable to fraud through skimming. The EMV standard defines the interface of the physical, electrical, data and application levels between chip cards and chip card processing devices.

The way forward in this glorious digital journey is ingraining mass digital literacy awareness programmes especially in the rural and remote areas. It will be useful for the masses to utilise the dedicated helpline, ‘14444’, which has been launched by NITI Aayog in collaboration with NASSCOM, for addressing all queries regarding digital payments. Moreover, there is a strong need for robust grievance redressal and operation reconciliation settlement in place, so that things get settled on their own without much of customer grief.

As payment options like IndiaQR are being launched, the dependence on hardware devices will be minimised. Till then there can be alternate payment channels, which can resolve failed transactions and frustrations. 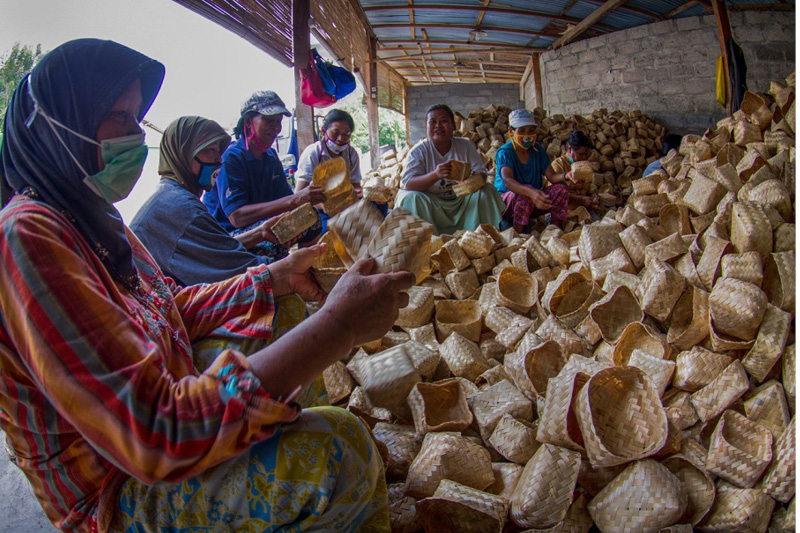