We are currently at a stage where there are fairly frequent changes of government or the complexion of the government. This is even more acute with regard to state assemblies, which is a manifestation of a sense of dissatisfaction on the part of the people with the method by which they are being governed. Obviously we cannot have millions of people sitting inside the Parliament or sitting inside a State Assembly provided there is some mechanism for consulting them before legislation is brought in.

The lacuna in our democratic system has been that we may have become the world’s largest democracy but we remain the world’s least representative democracy. My biggest fear is that at some point somebody will get up and say that the problem lies in democracy itself and therefore let’s move out of the system of democracy.

We succeeded to the point that we actually have about 250,000 institutions of local self-governance in the country, Panchayats in rural areas and the Nagar Palikas in urban areas including the metropolitan cities; together we would have elected about 3.2 million representatives to these institutions of whom approximately 2.8 million are in rural India.

In the course of the last 25 years we have succeeded in ensuring that in our Panchayats and Nagar Palikas, there are approximately 14 lakh elected women representatives. They are already participating in our governance system.

Equally, I think it needs to be remembered that the number of women Panchayat Presidents in India is a little over 86,000. You may hear examples of Sarpanch-patis and so on, but that is an excuse being made for those who are opposed to representative, participatory governance saying that you can’t have women running the system. But the women have, on the contrary, proved that they can!

Additionally, we have over a lakh Scheduled Caste (SC) Presidents. In all the Scheduled Tribe (ST) areas necessarily the Head of the Panchayat has to belong to the ST. Now when I say that the wheel of governance reforms has been running very poorly compared to that of economic reforms, it is because of political authority at the center, the states are so unwilling to implement either the 11th Schedule of the Constitution which lists 29 subjects, which should be largely handled by the local bodies or because neither the center nor any state has arranged for this to be done.

Considering the configuration of our federal structure, maximum amount of ‘government’ and ‘governance’ still happens to be at the village level. At least a beginning has been made towards inclusive governance but given our long-term objectives of participatory democracy and grassroots and district level planning, we still have a long way to go.

The Aadhaar bill has been passed. That will provide a technological mechanism for transferring money into bank accounts of the beneficiaries. Even after this, they remain beneficiaries and passive recipients and not participants in the governance system of the country. It is only when we have powerful Gram Sabha and Panchs participating with the Sarpanches in determining how resources are to be distributed that we will have Panchayati Raj.

Today, huge sum of money is spent on elections to these Panchayat positions. This then can be best described as decentralisation of corruption. The fact of the matter is that wherever Panchayati Raj is implemented more effectively this kind of corruption goes down and vice versa. The money that is meant for the Panchayats and the Gram Sabhas to decide on its priorities, if left to the Sarpanch alone, gets spent on purchase of a BMW even before he begins his work.

We need to recognise that there is a holistic concept of decentralisation in each provision of the 73rd Amendment.

Unlike the West, with its local government experience in parishes, counties and boroughs, here local government was imposed from above. We had to devolve, while the West evolved from local governments. We produced a full-fledged democracy at the top but are still quite far from taking it down to the bottom. The Panchayati Raj has to become a priority and not a nuisance for the Central government. I, being Panchayti Raj Minister in my own government was considered more of a nuisance than an asset!

We say that the economy is growing at 7.6 per cent—what we really mean is that 0.76 per cent of our population is growing at 7,600 per cent per annum. That is how we have so many billionaires—third largest in the world after US and China. So, we are No. 3 in the number of billionaires and 130 with respect the bulk of other indicators. We can’t just rely on economic reforms alone. These averages are quite misleading and can not bring grassroots level changes in governance.

When China reduced people in poverty by 220 million between 1978 and 2004, the world applauded this as the greatest poverty reduction in history. India has just reduced its number of poor from 407 million to 269 million, a fall of 138 million in seven years between 2004-05 and 2011-12. This is faster than China’s poverty reduction rate at a comparable stage of development, though for a much shorter period. There were no cheers. You go and meet these 138 million and say you are now above the poverty line. They say, we are still as poor. If one goes by Arjun Sengupta’s definition of poverty, you will find more than 77 per cent of India is below poverty line. We need to make our economic development process or economic reforms process democratic.

(Mani Shankar Aiyar is Former Panchayati Raj Minister. The views and opinions expressed in this article are personal and do not reflect the views of INCLUSION.) 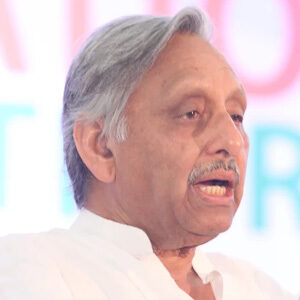 Identifying Root Cause Key to Growth

Hindu Rate of Growth? No more…