I am in politics for over 35 years. Since early days we have been talking about poverty alleviation. “Garibi Hatao” (remove poverty) slogan was given in early 1970s. Since then a number of schemes have been introduced aimed at removing poverty. I am not saying that nothing has happened. But surely the pace has not been good.

We must strive to find a permanent solution to this problem. Every penny spent should bring some result. It should be productive. Temporary relief through subsidies and other doles won’t solve the problem. The focus of the government programmes should be on the people who need them the most. Women are particularly vulnerable and they need special attention.

I have been working for women empowerment since 1975 and my experience shows that among the weaker section of the society women are the weakest. Among the poor, women are the poorest. Of course, all people of poor and weaker section need support, but women need special care because they are the most vulnerable among them.

Financial inclusion measures would be most effective if we target women. They have got natural instinct and manage the finances better. Just take the example of household management. Women manage it with whatever little amount of money they have. Those who have got opportunities have shown their prowess at the national and international levels—be it in corporate or public services. In all the recent financial and social inclusion programmes like Jan Dhan and Direct Benefit Transfer (DBT) of subsidies, women are given priority.

In India, we have adopted democracy and the best way to find solution to the problem of poverty is the democratic process. As President of the Inter-Parliamentary Union (IPU) during 1999-2002, I had given a definition of democracy, “democracy has to be inclusive, interactive and participatory.” Our democracy has always been inclusive. Apart from the fact that there were fewer women to start with, every section of the society participated in the democratic process and discussion. Because of the mass media it has now become hugely interactive. Modern technology, especially Internet has helped make the process more interactive and participatory.

Parliamentary democracy has its own difficult moments. I have seen it closely, particularly being in the chair for almost two decades. Several development initiatives are stuck for years due to wide division in the parliament. However, this does not mean that the system is wrong, but of course, there are challenges. Despite wide divisions some crucial legislation on insurance, coal and mining were passed in the recent Budget Session of Parliament. Definitely, the Indian democracy has come of age.

As Deputy Chairperson of the Rajya Sabha in early 1990s, I took an initiative to ensure that every member of the house should have a computer and an email id and also uses it. We gave free computers to all the members. Their email ids were created. Some members were happy with the initiative, but a large number of them were very resistive. Some members came to me and asked furiously why should they use computers.

I am of the view that the government alone can’t remove poverty and solve the pressing challenges facing the country. It cannot be one-way traffic it has to be a two-way traffic. The government and the people need to collaborate.

I am very committed to modern technology. I come from science background and have been very eager to promote the use of technology in public life. I was successful in convincing the members that the use of computers would be good not only for them but also for the people of the country. This helped make the process interactive and strengthened the democratic system of the country.

As Minister for Minority Affairs, I am taking special care of the people belonging to the underprivileged, particularly minority communities. There are six notified religious classes of minorities. They are different in numbers and their social status is different. However, there are poor and underprivileged in all of them. My focus is on education and jobs. We have provided 10 million scholarships to the backward and poor people belonging to the minority community. We give pre-matric and post-matric scholarships. We are also encouraging and supporting skill development and small entrepreneurship.

The job is difficult and challenging. I am of the view that the government alone can’t remove poverty and solve the pressing challenges facing the country. It cannot be one-way traffic it has to be a two-way traffic. The government and the people need to collaborate. The role of the people, especially the civil society is crucial. Everybody needs to work together to “defeat poverty.” 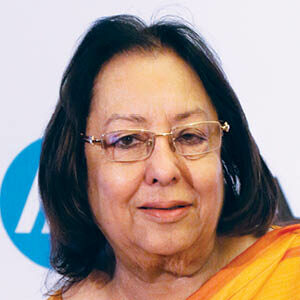