How can we do it when other emerging economies like China can’t do it? It’s primarily because India produces the largest number of doctors, nurses and medical technicians in the world. Outside the US, India has the largest number of FDA-approved drug manufacturing units. We have everything going for a phenomenal healthcare delivery but our missing link is that people do not have the money to pay for healthcare.

Around 10 years ago, I convinced the Karnataka government to launch a micro-health insurance called Yeshaswini. We convinced 1.7 million farmers to contribute Rs 5 per month and the state goverment agreed to become a reinsurer by paying Rs 2.50. With that scheme we network with 400 hospitals across the state where those farmers could pay Rs 5 and get a heart or brain operation. There are 1,650 varieties of surgeries done on human body. All these operations covered by this scheme. Now it is 10 years and we have four million farmers who are paying Rs 18 per month and the scheme has become a big success. Drawing on Yeshaswini’s success, many other states have launched similar health insurance schemes.

The big idea here is that the government must become a health insurance provider, not just a healthcare provider. Healthcare is an industry that gives the government immense tax revenue. Without this understanding, you can not find low-cost healthcare in India.

In India, the government spends 1 per cent of GDP on healthcare, one of the lowest in the world. In this country, 47 per cent of rural and 37 per cent of urban population borrow money or sell assets to pay their medical bills. So, essentially people are buying healthcare at high personal costs. But a chunk of it goes back to the government as tax revenue. For instance, look at the electricity bill paid by a hospital. The industries pay Rs 5 per unit, but hospitals are treated in the same manner as the entertainment industry, and pay Rs 7 per unit. In the end, in hospital like ours, the daily bed charge in the general ward is Rs 350 but the electricity bill is Rs 500. Such government policies are odd.

The big idea here is that the government must become a health insurance provider, not just a healthcare provider. Healthcare is an industry that gives the government immense tax revenue. Without this understanding, you can not find low-cost healthcare in India

India needs a dramatic shift in medical education. It is promoted as an industry that requires a lot of regulation. We are the only country where medical teachers retire at the age of 60. There is a shortage of medical teachers and as a consequence, their salary is maintained at a high level. When we make policies on healthcare we don’t look at the end-user, i.e., the common man.

On the whole this country requires over two million beds. Right now we hardly have a million. Who is going to bridge the gap? With the current cost structure it is not possible. Then, we need 700,000 to one million doctors and two million nurses. India requires 2.5 million heart surgeries a year and all heart hospitals in the country put together today perform less than 120,000 heart surgeries. We have shortage everywhere and the way we are training them, we are not going to produce adequate numbers.

If a solution is not affordable, it is not a solution. We have to come up with innovations to reduce costs. The health sector is extremely sensitive to numbers. So we decided to build large hospitals. Today our hospital in Bangalore has an infrastructure to perform up to 60 major heart surgeries (including pediatric surgeries) a day. We do about 30-35 operations in a day. By increasing the numbers, we have been able to reduce costs significantly. What we proved that it is viable to run a large-scale health city with 3,000 beds serving large hospitals, heart hospitals, cancer hospitals and multispecialty hospitals. Now we are trying to build 100 low-cost hospitals. We have 100 towns in India with a population of 0.5-1 million where there is no heart hospital. Our target is to add 30,000 beds within the next five to seven years.

On the whole this country requires over two million beds. Right now we hardly have a million. Who is going to bridge the gap? With the current cost structure it is not possible

Narayana Hrudayalaya is investing Rs 300 million on each of these hospitals, using prefabricated construction materials. The first hospital has been built by L&T in Mysore. We want to prove that a state-of-the-art, 300-bed multi-specialty hospital can be built for one-fourth the estimated cost.

Unfortunately, it is much cheaper to give birth to another child in India than spend Rs 100,000 or RS 200,000 on saving the child’s life. We decided to concentrate on pediatric cardiac surgery as one of our main specialties. The result – a large, sophisticated and the country’s only pediatric cardiac unit with over 70 beds.

Over the years, the telemedicine facility at Narayana Hrudayalaya has grown exponentially. Using the ISRO network it covers 332 hospitals, out of which 229 are remote rural centres connected to 33 speciality hospitals located in major cities. It has already treated 53,000 patients over past decade and is connected to overseas patients from Malaysia, Tanzania, Nigeria, Burundi, Zambia and Bangladesh. Amongst other things, telemedicine centre receives online ECG and posts reports for consultation across all centres to get an expert opinion.

India is one of the five countries in the world, which can put a satellite on the space and hospitals could get the satellite linkups free of cost. Telemedicine will have tremendous impact. In fact, it’s the way forward. 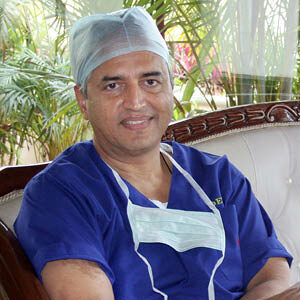 “A Paradigm Shift in Skill Development is the Government’s Aim”