Creation of a 100 million new jobs over the next 10 years – what a challenge to conjure up with! While this objective is unexceptionable, it is necessary to examine the preconditions for successful achievement of this objective. In this context, attention needs to be focussed on such basic policies, which militate against a rapid increase in employment.

Each economy has its own natural factor endowments in terms of available capital and labour. In India, capital is scarce, yet it is priced very low as is reflected by the low real rate of interest. This is an endemic problem, which since the Second Five-Year Plan (1956-61) has put considerable attention to developing capital-intensive industries. It has become the received doctrine that interest rates should be consciously kept low to foster development. This theme runs through the Indian system even today and there is almost a unanimous view that high interest rates are not conducive to growth.

Under the present macroeconomic policies, real rates of interest are kept low, which encourages industry to use more capital-intensive techniques of production. There is an obvious flaw in the system where labour is priced too high – in isolated islands – while the bulk of labour languishes at low wages. These two divergent trends provide a powerful impetus to distort the natural factor endowments and thereby result in greater inefficiency in the system.

Although increased employment is high on the policy agenda, it is difficult to step up employment in such a scenario.

Pattern of Investment, Distribution of Income and Employment

As clearly enunciated 60 years ago by the Nobel Laureate, Jan Tinbergen, the pattern of investment determines the distribution of income. If, for instance, there is heavy investment in automobiles, air conditioners, washing machines and other fancy gadgets, the income will flow to the relatively high income groups, which only can afford to buy these commodities.

Today’s generation of policy-makers, opinion makers and market players cannot be expected to be aware of the raging debate in the late 1950s. With the strong tilt to central planning, the Mahalanobis model of concentrating on development of heavy industry was fully endorsed by the top political-economic leadership of the country and this accentuated the distortions in the natural factor endowments.

In the heap of forgotten economic literature of the 1950s is the monumental work of C N Vakil and P R Brahmananda, in their book on Planning for an Expanding Economy, wherein it was espoused that if there was concentrated production of basic foodgrains and coarse cloth, the income distribution would tilt in favour of the lower income groups and the authors emphasised the wage-goods gap. Needless to say, policymakers of the time rejected this thesis, which has ended up in the scrapheap of forgotten causes.

The Indian market will grow by leaps and bounds and the sheer demand generated will bring forth an increased supply of goods and services. This may perhaps be a simplistic presentation of the demographic dividend thesis but it does bring out the point that in the context of the need to generate employment, there is no demographic dividend but a demographic drag on an already difficult task of generating adequate employment.

Ingredients for Faster Growth of Employment

First, it is well established that micro, small and medium enterprises (MSMEs) contribute the most to generating employment. Secondly, small firms not only employ more labour but also generate most new jobs. Thirdly, small and young firms have the highest employment growth rates. On the flip side, it is argued that while small units employ a larger number of persons than large firms, they contribute less to productivity growth than large firms (Contribution to Employment, Job Creation and Growth, Policy Research Working Paper 5631, World Bank, 2011).

Although reliable information on the self-employed sector is not available in India, it is sufficient here to say that this sector needs to be assisted as it is a major generator of employment in the country.

It is unfortunate that the small-scale sector, which generates the most employment, gets step-motherly treatment from the authorities as compared with large units, which are the favourite sons even though they proportionately generate less employment. Hence, in any meaningful policy on generation of employment, the present policy tilt needs to be altered.

There is praise for the virtues of the commercial sector in generating growth of the economy and improved productivity, and while this may be true, on the criteria of creating employment, the commercial sector does not come out in good light. It is under these conditions that the government has been undertaking programmes to generate mass employment like the Mahatma Gandhi National Rural Employment Guarantee Scheme (MGNREGS). Powerful opinion makers denigrate the scheme with disparaging reactions. It is claimed that by generating such employment, the government is creating a shortage of labour in the industrial sector, thereby raising wages in the industrial sector, which is then forced to opt for more capital intensive techniques of output. Shortage of labour and higher wages should generate a virtuous cycle of higher demand, increase in supply capacities and higher employment. But these schemes are criticised on the ground that they generate ‘unproductive employment’ in the form of digging holes and filling them up again in the classical Keynesian manner. This is a grossly unfair assessment of schemes, which have not only generated employment but added to the country’s assets. It is then advocated that the MGNREGS should be tweaked to enable relaxation of some of the bottlenecks, which would generate ‘productive assets’. This is unconscionable, as proponents of this view do not derive their arguments from unbiased evaluation of the performance of this scheme.

It is unfortunate that the small-scale sector, which generates the most employment, gets step-motherly treatment from the authorities as compared with large units, which are the favourite sons even though they proportionately generate less employment

What is worse is that inflation is attributed to government sponsored employment generation schemes ‘as the poor are eating more’. Such faulty analysis is morally reprehensible. Some reputed economists in India deny that there are limits to growth and that growth and inflation are not related. On the pretext of generating employment, there are advocates of the viewpoint that all that matters is growth even if it generates inflation. Angus S Deaton, internationally recognised for his pioneering work on poverty and health economics, claims that to reduce poverty it will be necessary to allow inequality of income to widen.

Responding to the views of these pundits, Paul Krugman argues that one should not obfuscate on inequality and he asserts that extreme concentration of income is incompatible with real democracy. Jagdish Bhagwati states that growth does help the poor to get into gainful employment and their higher incomes will enable them to increase their expenditure especially on education and health. He, however, cautions that while growth does benefit the poor, the rich benefit disproportionately. Recognising the adverse impact of the ‘demonstration effect’ (wherein the poor aspire to emulate the consumption pattern of the rich), Bhagwati argues that the wealthy will be well advised to indulge less in conspicuous consumption.

It is clear that the inability to generate employment rapidly to keep up with the aspirations of the masses can have extreme repercussions, which will tear the socio-economic fabric of the country and as such there is a pressing need to ensure a faster growth of employment along with greater equity. Growth that does not generate employment and increases inequalities will be dangerous as the anger of the masses is on the verge of precipitating into a socio-economic breakdown of the nation.

As an International Labour Organisation Report on Global Employment Trends for the Youth (2011) warns, a worsening job market may produce a ‘scarred’ generation. High unemployment and persistent high poverty may prove to be ‘a dangerous mix’ in the days to come. 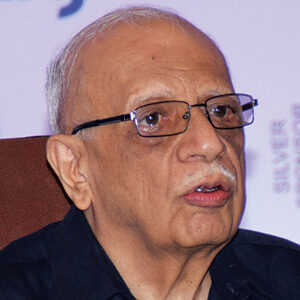 Bridging the Gap - Essays on Inclusive Development and Education