Trupti Gilada was crying on national TV, ‘Never seen anything like this,’ as she struggled to save Corona patients lying even in the hospital corridors. She is an infectious diseases specialist at Unison Medicare & Research Centre, Mumbai, she broke down on national TV on 21 April 2021.

There were gut-wrenching episodes from all across the country – floating corpses, bagged bodies, queues at crematoriums waiting for a respectful goodbye. Horror stories unfolded as lives choked and people cried for help, it was mayhem. The nation was hit by a more ‘lethal’ second wave of the pandemic and the oxygen was sucked out.

But nothing showed the helplessness more vividly than doctors breaking down and wringing their hands in helplessness.

Alarm bells are being sounded Prime Minister downwards, “Virus is present, and the possibility of mutation is there, we need to stay prepared,” said Prime Minister Modi while launching a programme to train one lakh youth as frontline Covid workers.

Maharashtra CM Uddhav Thackeray has warned that the state could be hit by the third wave in 2-4 weeks before it even recovers from the second if adequate precautions are not followed.

The milling crowds in malls and markets seem oblivious. A Covid appropriate behaviour citizenry is unlikely. Not before the third wave and then we head into the next bout of state elections.

What are the Options?

For figuring this out we need to look at the lessons learned from the second wave and what worked? The biggest lesson is that Covid is a decentralised fight. A hand-to-hand combat not at state, district or block level but down to wards and streets.

Lower tiers of governance are known for a woefully inadequate capacity and lack of data. How can this be handled? How Digital Technologies need to be deployed to fight this decentralised fight. Some answers were found by the Brihanmumbai Municipal Corporation (BMC).

State after state our studies have found that decentralisation strategies of government works.

Even opposition parties agree. “Decentralise decision-making, management of critical resources and transfer of funds to the district level,” says a white paper released by Rahul Gandhi in a press conference.

During the first wave, the Bhilwara Model was praised for tight surveillance, track and trace all the early hotspots, going house-to-house and ruthless containment that rid the district of positive cases.

On the night of 16 April 2021, Mumbai found itself in a quagmire. BMC managed hospitals were running out of oxygen, risking 168 lives. Quick reaction from the administration shifting all patients using cardiac ambulances to other hospitals in the city saved all lives.

This was the beginning of the innovation led by Commissioner I S Chahal. By the end of the month, decentralised hospital bed management system was introduced and War Rooms were set up in all 24 Wards.

BMC is one of the richest municipalities of the country. They could raise the resources required but what about smaller towns, districts and villages with quite a few state governments already in financial distress.

Where is the money going to come from then perhaps needs to be answered adequately?

According to Deepali Pant Joshi, Distinguished Fellow, SKOCH Development Foundation and former ED, RBI, “We have to take cognisance of the role of digital penetrative reach, monitoring of the level of the pandemic, telemedicine and digital handholding the support services.”

This micromanagement has helped the BMC ensure a supply of beds for those in need. “There is not a single case where someone who needed an oxygen bed didn’t get one,” said I S Chahal, BMC Commissioner. These efforts led to a flattening of the curve using three pillars: 1) eliminate panic; 2) decentralise war rooms, cut response time; 3) build adequate infrastructure.

Economists like Ajay Shah, Distinguished Fellow of SKOCH Development Foundation and author of In Service of the Republic – The Art and Science of Economic Policy, advocates the setting up of Dashboards mapping COVID attack footprint and to respond at a micro-level with counter-strategies. Open some places, close others, up-testing and move vaccine.

Similarly, Shamika Ravi has been doing exemplary work in creating Covid Technical Charts that look like market technical charts keeping a hawk eye on vaccinations. Using Google mobility data correlation with COVID progress can be charted. Such tools can also give prior intel on the next hot spots.

On 20 June 2021, Andhra Pradesh Chief Minister, Y S Jagan Mohan Reddy announced a record of 13.45 lakh vaccinations in one day – almost 50% of the national number on the day.

Assam CM Himanta Biswa Sarma is planning to fulfill the requirements of not just Assam, but the entire Northeast.

Yogi Adityanath in Uttar Pradesh is personally visiting the districts in the state to assess the preparedness.

Chief Minister of Gujarat, Vijay Rupani, has set up a state task force and is focusing on creating infrastructure.

Despite all this, Infrastructure, vaccines, medicines, equipment and resources will be short is a given. We may predict and plan for the peak, but quite likely COVID will be ahead in the game.

The enemy is too formidable and some of the most powerful nations in the world have struggled to keep up. It will take out-of-the-box thinking and innovative approaches as well.

Kerala Model during the second wave set an example to beat the shortages in vaccines. Despite the country reporting shortages and parallel wastage, Kerala was shining in crisis with the efficient use of vaccines. Each vial contains 10 doses, but manufacturers add one extra dose as a wastage dose. By minimising the loss, the health staff managed to administer up to 11 doses from each vial. With zero wastage and efficient use, the state managed to vaccinate more people than the actual doses provided.

The question then is how much is the real infrastructure ramp up and how much is workable innovation?

A sure way to get bloodied in this fight or even lose it is to allow political and societal divisions to take precedence over concerted effort. There is, fortunately, enough talent pool at the centre, states as well as at district level. It is they who turned us around from the second wave and can do so for the third one as well.

There is a need for a concerted strategy state by state and district by district. “The role of all the three tiers of administration – Centre, State and the District – must be made clear. The state government should assess its requirements and optimise the use of health facilities and districts should plan and execute as per local requirements, said Aruna Sharma, Distinguished Fellow, SKOCH Development Foundation and former Secretary, Government of India. Participatory dialogue in an empathyfilled environment is essential for getting everyone on the same page and build a consensus.

SKOCH is one such platform that has served this purpose for over two decades now.

SKOCH Summit has been accepted as “One Nation, One Platform,” which is acceptable across party lines. A platform where the dialogue is constructive and difficult issues are discussed in discussions with each other instead of shouting at each other.

To this end, we are organising the 74th SKOCH Summit on 3 July 2021 on Zoom. The Summit will discuss preparedness at national, state, city and district levels. Governments and officers are participating at all levels. So are economists, technologists and the corporate sector who will bring their expertise to bear to try and evolve an agenda that can help India be better prepared to handle the third wave. 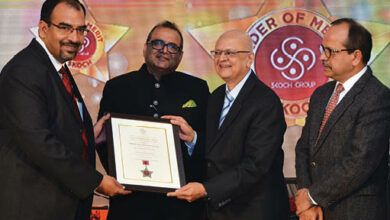 Shining in Mediclaim and Group Insurance 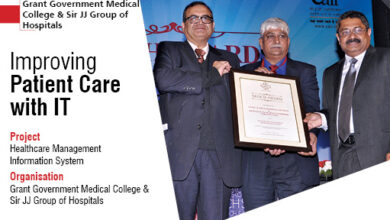 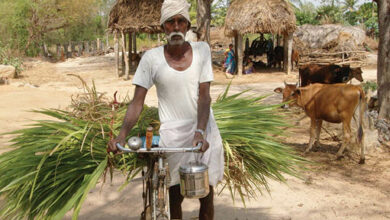 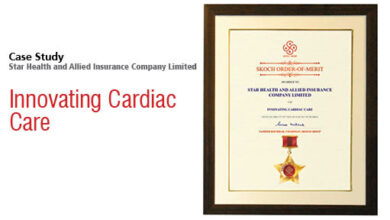 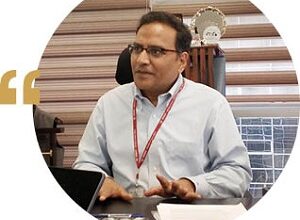