The series of steps undertaken in the past few weeks shows Sitharaman has the gift of listening with sensitivity to long-standing problems and the courage and sagaciousness to act.  The MSMEs are neither a glamourous category of firms nor vocal enough to get themselves heard in the corridors of power. But she has alleviated their pain too.

Corporate tax rate has been cut to 22 per cent from 30 per cent for companies that do not avail exemptions. Thus, their effective tax rate will fall from 34.94 per cent presently to 25.17 per cent, which is a significant saving for and will result in higher spending or investments in the weeks to come.

For companies that will be incorporated after 1 October and whose projects will be commissioned before 31 March 2023, the tax rate will be as low as 15 per cent (compared to 25 per cent currently). The effective tax rate for this category will be 17.01 per cent.

With these steps, in one stroke, Sitharaman has changed the mood in the country from that of despondency to confidence that the worst is behind us.

For long I have recommended reform of the tax system for making it simple by withdrawal of all exemptions and keeping the rates low. The reason is that this will save transaction costs for taxpayers and reduce rent-seeking opportunities on the tax collectors side. Sitharaman has seen the transformative potential of these ideas.

Showing an open mind, she had earlier withdrawn the enhanced surcharge on long-term/short-term capital gains arising from transfer of equity shares/units for foreign and domestic investors announced in the 5 July Budget.

To mitigate the acute distress in MSMEs, Sitharaman has told banks to not classify the stressed assets of this category of companies as a non performing asset till 21 March 2020. She has personally requested banks and non-banking financing companies (NBFCs) to make efforts to sit with MSMEs to resolve stressed assets and has announced gatherings for credit seekers to take place in 400 districts between 19 September to 15 October. This will certainly increase credit disbursement during the upcoming festive season.

Earlier, the finance minister had announced immediate release of Rs 30,000 crore or half of the Rs 60,000 crore dues held up by public sector enterprises (PSEs) to MSMEs and 75 per cent of the arbitration awards and pending goods and services tax (GST) refunds within 30 days to MSMEs. Delays in settlement of dues by government departments and PSEs and lack of credit disbursal by banks even after sanctions were undermining MSMEs’ ability to sustain their business cycles. The use of TReDS (Trade Receivables Discounting System) for the GSTN system in medium term to enhance market for bill discounting for MSMEs was also allowed.

These are all very positive steps. As I have been highlighting, growth will receive a boost if enough liquidity begins to flow to MSMEs so that they can tide over the crunch due to the disruptions caused by the stress in the NBFCs segment. MSMEs contribute nearly 30 per cent of the GDP and 40 per cent of country’s exports. After agriculture, MSMEs are the largest employers. Over 6 crore MSME units provide employment to about 11 crore people, according to a 2016 survey by the National Sample Survey Office (NSSO).

The 5 July Budget had provided for interest subvention of 2 per cent on fresh loans or incremental loans of up to Rs 1 crore for MSMEs that have GST registration. The Reserve Bank of India has allowed banks and NBFCs to restructure some MSME accounts, which were in default but were classified as standard accounts as of that date. This one-time scheme would not impact the account’s asset classification.

To ease the credit and liquidity squeeze in the economy, Sitharaman provided upfront recapitalisation of Rs 70,000 crore for PSU banks. Additional lending and liquidity to the tune of Rs 5 lakh crore has become possible with this fresh capital.

Taking the liquidity and solvency issues in the NBFCs head on, the Budget had provided cover for loss of up to 10 per cent on purchase of pooled assets of NBFCs of a total value of Rs 1 lakh crore during the current financial year. Banks have already entered into 14 tie-ups with NBFCs for co-originating loans. Another 36 are in the pipeline. This will provide better access to affordable credit to borrowers while yielding business benefits to both banks and NBFCs. 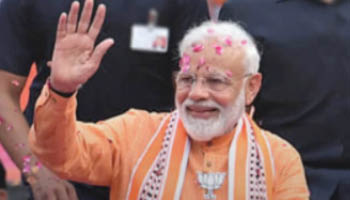 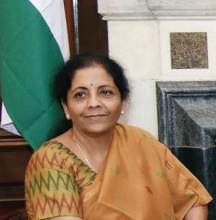