Hydro-meteorological Information system is a way of digital transformation. This is an effort to digitalize the information at source level thereby saving time, ensuring data security and ease of dissemination to the data consumers. 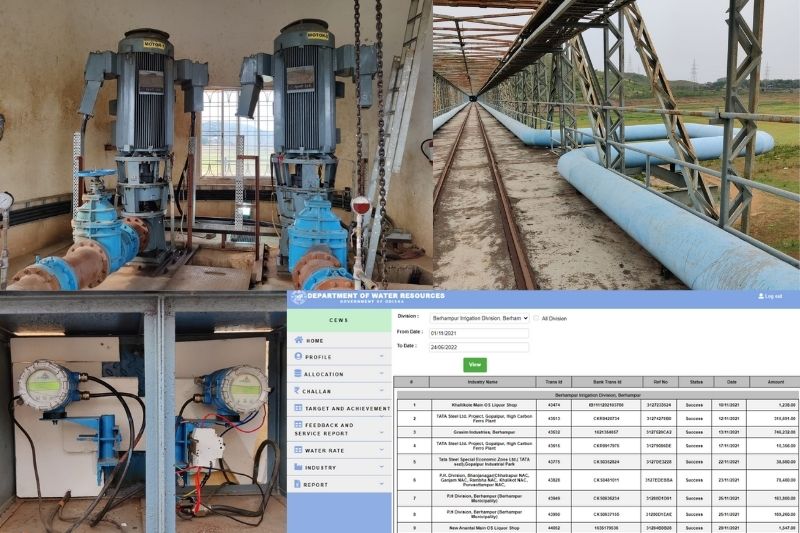 Hydro-meteorological Information system is a way of digital transformation. This is an effort to digitalize the information at source level thereby saving time, ensuring data security and ease of dissemination to the data consumers. The data components are the climatic parameters such as rainfall, reservoir inflow-outflow, flow of river and river gauge at different observation stations across the state, which are maintained by different agencies. The beauty of the project is that the information is available to the authorities and general public in a user friendly and customizable manner through mobile app.

The state of Odisha also borders the Bay of Bengal for a stretch of about 480 kms. Due to climate change situations, every alternate year cyclones are formed in the Bay of Bengal. A good number of cyclones turn into deep depression and hit the 6 coastal districts of Odisha causing huge damage to life and property. Cyclones associated with heavy rainfall brings high flood in many rivers resulting in large scale inundation in the deltaic region. There was an absence of a system to access Hydro-meteorological information to tackle floods and other natural disasters as there were a limited number of data observation stations, that too owned by different authorities. The recording of data in manual registers has a short shelf life and there was an absence of a system to collect data from outside the department. The data was available in a segregated manner which made analysis very difficult.

To address the above issues, a website has been designed, which has a relational database backend. The departmental authorities who either own the observation stations or collect from other agencies are given the right to access the website. Accordingly, 53 separate groups have been created in the system. Every group has two types of users: Operator and Approver. The Operator adds data to the system to which the Approver approves and publishes to the database. The website is only accessible to authorized users and system Admin. The data collected from different sources are uploaded after a 2 stage verification. A mobile app called Hydromet is also developed for easy access to hydro-meteorological information to registered users. For effective implementation, training was provided to users through virtual mode.

The programme compiled the complete hydro-meteorological information into a single digital system. There are higher storage facilities at the State Data Centre to accommodate long term data to make data analysis easier. This data can be converted into downloadable reports in excel format to carry out analytics. The authorities can now take quick and wiser decisions as all stakeholders can know the situation through mobile app.

The pandemic delayed the development and hosting of application. Also, when the application was launched, it was a mid monsoon period due to which the manual data entries had already started. The app was launched in android version but the delay in the launch of IOS version prevented a good number of users from using the app during monsoon 2021. Also, the manually operated observation stations ceased to work during the non-monsoon period.

Along with Hydrological data, daily weather forecasts from IMD are also uploaded. There is availability of real time data through mobile app and only authorised persons can input data as their credentials are validated by SMS.

The data gathered is archived in a secured manner in the Odisha State Data Centre for future references. Soon, the application will be made available on the ios platform for Apple users. There is a future plan to incorporate GIS based features to identify possible vulnerable areas.

This project is of unique nature. In some sense it has a very specific and limited scope of operation but it has very wide spread bearing on many aspects of Water Resources development. Availability of hydro-meteorological data means better planning of Water Resource projects, efficient reservoir operation & flood management, advanced preparation of evacuation plans, effective resource mobilization, awareness among people from the affected areas, keeping vulnerable embankments under watch etc.