The Accident Prevention system using AI and ML was developed by the Telangana Government as  a portable and rugged device, which can be fitted in the driver compartment with a camera capturing the face of the driver instantly. 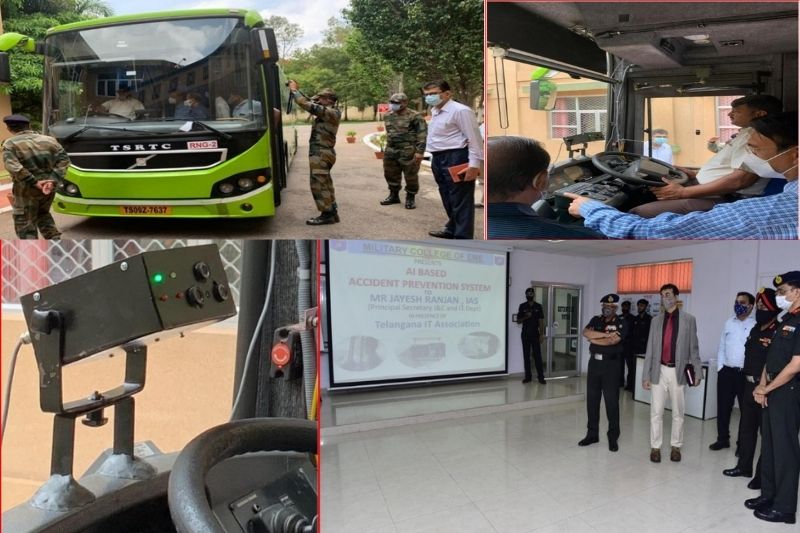 Increasing the Efficacy of Accident Prevention

The Accident Prevention system using AI and ML was developed by the Telangana Government as  a portable and rugged device, which can be fitted in the driver compartment with a camera capturing the face of the driver instantly.

There was no system in place prior to the project’s implementation to safeguard drivers traveling at night. A system for monitoring and detecting the driver’s facial expressions while they were exhausted or asleep was required. There was no mechanism in place to guarantee that alerts were sent to drivers and relevant authorities in order to prevent accidents.

The development of an Artificial Intelligence (AI) software gadget aided in real-time monitoring and detection of the driver’s facial expressions. A portable and rugged device with a camera was easily installed to rapidly record the driver’s face. In the event of a problem, a buzzer alert was given via the transmitter system to convey a warning to the driver/co-driver as well as the concerned management. There was a successful deployment in the transportation department, as well as utilization in long distance and night travel buses.

This initiative resulted in the prevention of accidents in long-distance and nighttime bus travel, as well as notifications transmitted via a buzzer in the cabin to notify the driver and co-driver. It offered a secure, safe, and monitoring alarm system.

The project’s challenges were night vision recognition and driver facial cognization. Fitting the device into the driver’s compartment was another obstacle. Due to network difficulties, sending alarm SMS to officials was a concern. Another issue was convincing drivers to use this device.

The project’s novel features included the provision of a Microcontroller-based device with a camera, a GSM modem/lora module/SPI module common and hardware control, as well as an SPI/Lora module receiver display with power supply. The power supply of the transmitter and receiver from the vehicle was also developed using the adaptor.

The project has the potential to be expanded in the Road Transport Corporation, as well as replicated in all other private transportation firms.

The Al software device in real-time monitors the facial expressions of the driver and detects in case the driver is drowsy, closing eyes or yawning, the transmitter system will sound an alarm in the cabin in form of a buzzer to warn the driver and co-driver besides sending an alert to the concerned management. This project is successfully implemented in the Transport department and mostly used in long distance and night time travel buses contributing immensely towards road safety.