Several studies show that India scores poorly on corporate governance. However, recent developments show India is on track to rethink the issue. But how will the government and the regulator ensure compliance? What are the compliance costs? Will the new measures guarantee fairplay to foreign companies doing business in India? These questions are central to rethinking corporate governance, argues Team INCLUSION 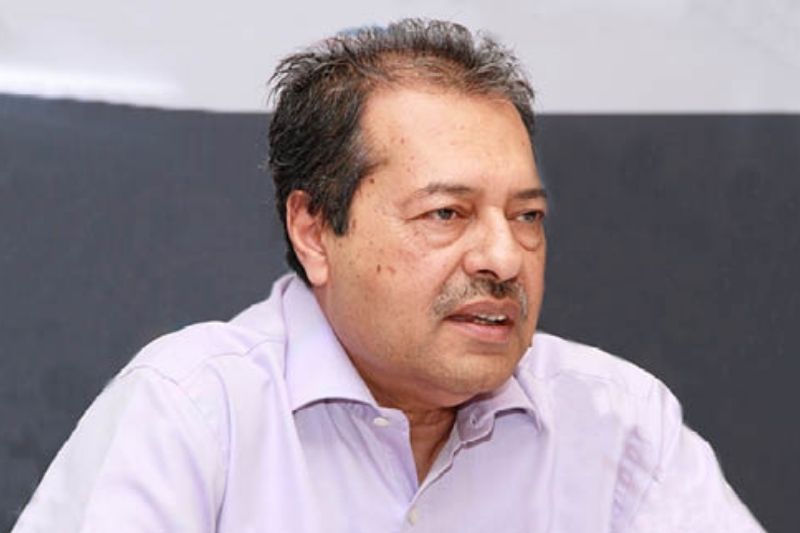 “Corporate governance? We don’t discuss it here. All is well,” says the smug independent director emerging out of the boardroom meeting, to the grin of executive directors. Several studies show India scores poorly on corporate governance. A cynic would recall how Satyam Computer Services won the coveted Golden Peacock Award for Corporate Governance in 2008 even as the company was perpetrating corporate fraud in stealth.

“The Companies Bill, 2012 has enhanced the disclosure requirements. Disclosures improve the enforcement of accountability and thus, induce companies to comply with rules and regulations.”

A Long Learning Curve Ahead

In corporate governance, India has a long learning curve to go through. This has put Western multinationals – which are subject to strict governance laws in their home countries – at a distinct disadvantage vis-à-vis Indian companies. In the US, the Foreign Corrupt Practices Act (FCPA) prohibits listed American companies from making and offering to make payments to any foreign government or political party official or candidate for public office in order to further business. The FCPA requires US companies to accurately keep records and books of their transactions and maintain adequate internal accounting controls. The US Department of Justice website displays enforcement actions taken under FCPA, including those found guilty of violations of the Act while dealing with India.

The Sarbanes-Oxley Act, 2002 of the US, enacted after the Enron scandal provides tough new tools to expose and punish acts of corporate corruption, promote greater accountability by financial auditors, and protect small investors and pension holders. Among other important provisions, the Act imposes new criminal penalties for securities fraud, attempts or conspiracies to commit fraud, certifying false financial statements, document destruction or tampering, and retaliating against corporate whistleblowers.

In India, disclosure norms of listed companies are hazy, auditing standards are often not credible, orderly succession plans are not given adequate thought, independent directors are hardly independentand there is token adherence to corporate social responsibility

In contrast, in India, disclosure norms of listed companies are hazy, auditing standards are often not credible, orderly succession plans are not given adequate thought, independent directors are hardly independent, unjustifiable remuneration to top managerial posts are rampant, minority shareholder interests are not fully protected, scant protection is available for whistleblowers and there is token adherence to corporate social responsibility. Therefore, when foreign companies do business in India, there is a distinct lack of level-playing field, resulting in distorted competition.

According to Corporate Affairs Minister of State, Sachin Pilot, about two-thirds of Indian companies are family-owned. Given the family-controlled nature of a majority of our companies, will these laws and regulations succeed? Bhaskar Chatterjee, Director General & CEO, Indian Institute of Corporate Affairs (IICA), is optimistic. “The question is often posed whether Indian companies, in which ownership is concentrated, will implement the new rules in true spirit. There is every expectation that this will happen,” he says.

On compliance, Chatterjee finds reasons to be optimistic. “The Companies Bill, 2012 has enhanced the disclosure requirements. Disclosures improve the enforcement of accountability and thus, induce companies to comply with rules and regulations. Another reason for optimism is the economic reason that capital has a tendency to flow to companies that ensures investors that an effective corporate governance mechanism is in place and that their interest is protected,” he says.

Kaushik Dutta, Director, Thought Arbitrage Research Institute (TARI), feels that the Companies Bill is a landmark legislation. “Except for a handful of companies, all have dominance of ownership by a family, an investor or the public sector. All the global corporate governance laws — whether it’s Sarbanes-Oxley, Cadbury Committee report or OECD norms — are written on the point of view of disbursed ownership. The Companies Bill seeks to check the dominance of ownership by introducing criminal liability and many other provisions.”

P R R Nair, head of Centre for Responsible Corporate Governance, IICA, says sound corporate governance laws are important to attract investment. “Investment is important for SMEs. They are a major source of entrepreneurial skills, innovation and employment. They are also the biggest contributor to the Indian economy. How will the economy grow unless the SME sector attracts investments,” he asks.

Filing of the quarterly corporate governance reports with SEBI is currently governed by the Clause 49 of Listing Agreement. Currently, Clause 49 of the equity listing agreement is a mixture of mandatory and non-mandatory provisions. Those that are deemed essential for corporate governance can be well-defined and enforced without any legislative amendments are classified as mandatory. Others, which are either desirable or which may require a change of laws, are classified as non-mandatory.

In their quarterly reports, companies are required to contain compliance status on norms for board composition, compensation and disclosures for non-executive directors, their code of conduct, and details of audit committee. In its proposed wide-ranging overhaul of corporate governance norms, SEBI has mooted measures like checks against unjustifiable remuneration to directors, greater powers to minority shareholders, an orderly succession planning and hefty penalties for non-compliance.

Besides, the regulator has also proposed a ‘Corporate Governance Rating’ by independent agencies to monitor the level of compliance by the listed companies and regular inspection by SEBI and stock exchanges.

“In clause 49, there are non-mandatory provisions, but there is no institutional mechanism to track it. In this regard, the Brazilian model called Novo Mercado as a good model to follow. In Novo Mercado, a company agrees to comply with more than the base minimum of corporate governance norms.”

“In clause 49, there are non-mandatory provisions, but there is no institutional mechanism to track it,” says K Hari, Vice President, National Stock Exchange. In this regard, he cites the Brazilian model called Novo Mercado as a good model to follow. “In Novo Mercado, a company agrees to comply with more than the base minimum of corporate governance norms. For instance, two of the commitments such companies make are to give equal rights to minority shareholders and disclosure of annual balance sheet according to global best standards. Novo Mercado companies are valued at a premium,” he says.

If the SEBI discussion paper upholds on transparency, due procedures and minority shareholder interests, Companies Bill takes regulation to a higher level to check malpractices.

Under the Department of Public Enterprises (DPE) system, public sector units have to submit a quarterly progress report on compliance with these norms to their respective administrative ministries within 15-days from the close of each quarter.

O P Rawat, Secretary, DPE says, all public sector units are happy with the new guidelines which are mandatory and strict. “In our new guidelines, we have mentioned in the preamble itself that corporate social responsibility means a PSU will conduct its business in an ethical and honest manner. There is a small financial component of CSR, but the overall objective of the guidelines is to ensure that ethical conduct of business will be embedded in the company,” he adds.

One key element of all these reforms is the empowerment of the independent director. Amongst other things the Companies Bill says the independent directors shall not be entitled to any remuneration, other than a sitting fee, reimbursement of expenses for participation in the board meeting and profit-related commission as approved by the members.

Under SEBI guidelines, independent directors are expected to arbitrate in the interest of the company as a whole in situations of conflict between management and shareholders’ interest. They should regularly flag actual or suspected unethical behaviours, fraud or violation of the company’s code of ethics. The market regulator has suggested the appointment of an independent director by minority shareholders called small shareholder director in order to safeguard their independence.

“The regulation is strong in India, though enforcement might be weak. There is need to improve the information that stock exchanges receive from the corporate sector. Additionally, independent directors should be given more responsibility and the scope for their accountability is widened.”

Even though by definition, independent directors are supposed to act independently of management, this principle is practiced only in its breach in Indian boardrooms. They are expected to champion the interests of minority shareholders. They risk losing all the commissions and perks they are given if they don’t agree with management decisions, let alone ask inconvenient questions. Therefore, a thorough reform of the framework for independent directors is fundamental and is in public interest.

Jinesh Panchali, Senior Vice President, Financial Technologies Knowledge Management Company, thinks that it all boils down to business strategy direction the board sets is the most important aspect of corporate governance. He says corporate governance is not all about regulation. “The US has strict regulation at multiple levels, but it could not prevent the Rajat Gupta scandal of insider trading, to take a most recent example. The way the authorities acted to enforce the law and prosecute the culprits are exemplary, but the point is that corporate mischief keeps occurring. What we need is stronger enforcement,” he adds.

Rajeev Garg, General Manager, Bombay Stock Exchange (BSE) maintains that the regulation is strong in India, though enforcement might be weak. He also highlights the need to improve the information stock exchanges receive from the corporate sector. “A lot of due diligence is expected from the stock exchanges and SEBI. Lot of information is coming to us in various formats about compliances, but we can’t analyse each and every paper. So, the need is to apply quality to the information flow,” he adds. He also urges that independent directors be given more responsibility and the scope for their accountability be widened.

Ashwani Puri, Managing Partner of Veritas Avisors says,“Growth and values are two important considerations in corporate governance. For both, we have to come up with a new model of measurement. If an astute investor thought the company’s governance is poor, even though the returns in the near-term would look good, he won’t opt for that company. Governance is important in that aspect.”

Bhaskar Chatterjee sees some bright spots in the CSR provisionof the Companies Bill. In his view, it has not put any additional burden on companies that take a long-term view of business. 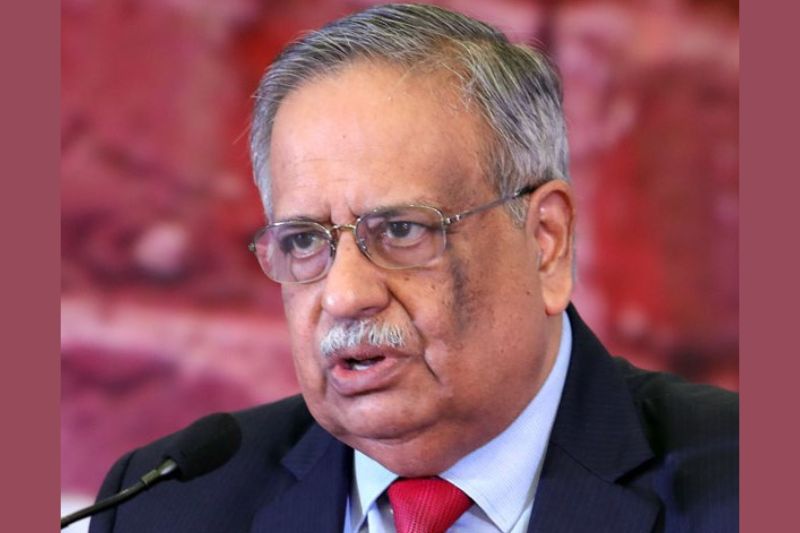 Making a case for ‘Stakeholder Democracy’

Today we have in most countries what we call stakeholder democracy, where the last man who has one share or perhaps no share but relationship with a company as a...