With fast-approaching elections in Uttar Pradesh, the question frequently being asked in the context of BJP winning the elections again is about whether Yogi Adityanath is governing well? The short answer is yes! 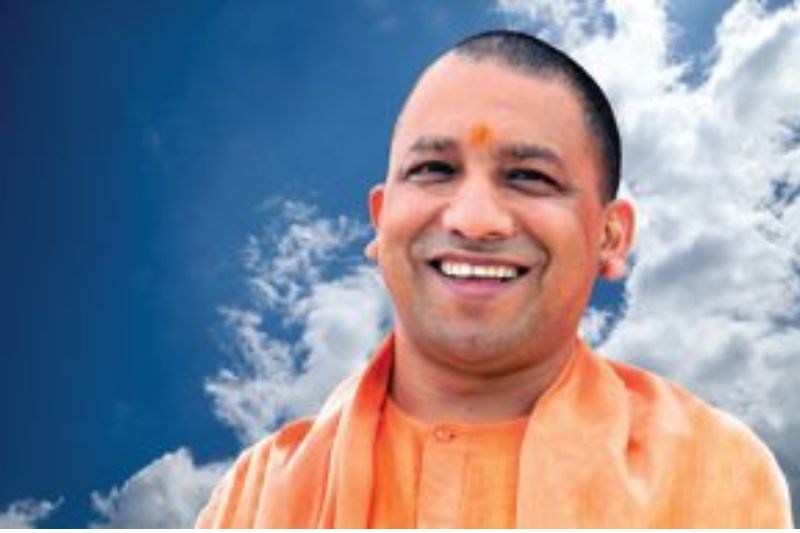 With fast-approaching elections in Uttar Pradesh, the question frequently being asked in the context of BJP winning the elections again is about whether Yogi Adityanath is governing well? The short answer is yes!

Impressive work done by the Yogi Adityanath government is reflected in the state’s ranking in the SKOCH State of Governance. The state posted a commendable improvement in its ranking during 2020 rising to sixth place from 11th position in 2019. Uttar Pradesh moved to the ‘Star’ states category in 2020 from the ‘Performer’ category in 2019. There is a consistent improvement in the state’s ranking. Uttar Pradesh was ranked at the 12th position in 2018.

After taking charge as the 21st Chief Minister of Uttar Pradesh in March 2017, Yogi Adityanath listed improving law and order and inclusive development among his top priorities. It required an extraordinary effort as the state’s law and order situation was in shambles. How Yogi Adityanath planned to achieve the development targets and improve the law and order situation? He expressed it in five words: “Na bhaitunga na bhaitne dunga.” He knew it very well that the task was enormous and required tireless efforts not only from the chief minister but also the other stakeholders involved in governance.

Four years down the line the change is visible. There is a big improvement in the law and order situation. How did he manage to do this? Yogi Adityanath government worked on two fronts – empowerment of police and improving the infrastructure and working conditions. In several serious cases, police were given the freehand. On SKOCH State of Governance 2020 charts, in Police & Safety category, the state made progress to the eighth position, up from 11th position in 2019.

The result is seen on the ground as also in the numbers. Dacoit cases in the state have dropped by 66 percent, rape cases declined by 45 percent and murder cases by 19 percent in the last four years, as per a document titled “Sewa and Sushashan ke 4 Varsh”, listing the major achievements of Yogi Adityanath government in four years. Communal riots had been a common feature in Uttar Pradesh. No riots have happened since Yogi Adityanath took charge.

There is a big improvement on the economic front as well. The size of the state economy has almost doubled to Rs 21.73 lakh crore from Rs 10.90 lakh crore four years back.

Yogi Adityanath’s performance is commendable not only in improving the law and order condition but also in implementing innovative governance measures. The state acquired a numero uno position in the Governance (General Administration) category during 2020. Considering the previous records, Uttar Pradesh topping the Governance category may seem a surprise to many. However, for me, this is the reflection of the extraordinary work done by the state in this category.

Uttar Pradesh is also the leading performer in Skill Development and Urban Development categories. In the District Administration category, it has jumped from the eighth position in 2019 to the fourth position in 2020. In Transport, it improved its ranking to eight from no rank during the same period.

The impact of Covid-19 on Uttar Pradesh was far more complex when compared with other states. On the one hand, the state has to deal with the spike in cases in the cities like Noida, Ghaziabad, Agra and Lucknow and on the other, there was a crisis due to migrants.

When the pandemic hit, most politicians choose not to venture out due to the fear of getting infected by the deadly virus. However, Adityanath faced the challenge from the front. His commitment and dedication to the people of Uttar Pradesh were evidenced by the fact that the Chief Minister opted not to go for the last rites of his father due to his involvement in the handling of the Covid-19 crisis.

Praising Yogi Adityanath on this, Prime Minister Narendra Modi said: “Whichever government or system was in place, the circumstances were such that they would have avoided the challenge but Yogi Adityanath government took it seriously and worked on a war footing.”

When it came to the handling of the Covid-19 crisis Yogi Adityanath came true to his commitment made before taking charge as chief minister in 2017, “Na bhaitunga na bhaitne dunga.” He not only himself worked tirelessly leading from the front but also ensured that all departments of Uttar Pradesh put in their best efforts in handling the crisis.

Independent analysts and economists have hailed Yogi Adityanath’s handling of Covid-19. Commending the vaccination drive, Shamika Ravi, Senior Economist and Former Member PM’s Economic Advisory Council, tweeted: “Vaccination drive is impressive in most large cities across India, including in UP. Noida (Gautam Buddha Nagar) has vaccinated (first dose) 60 percent of the eligible population. But Rae Bareilly consistently remains one of the least vaccinated districts in the country.”

“Kannauj district of UP used to be one of the bottom five, but is now reporting a much-needed pickup in vaccination over the last few weeks,” Ravi wrote in another tweet.

Commendable efforts were made by Public Works Department (PWD) in providing support to migrant workers. The control room set up by the PWD worked 24×7 to address the problems of labourers and workers of Uttar Pradesh who were staying in camps set up by the Government of Maharashtra after the imposition of lockdowns.

Transport Services in Time of Crisis

Migrant workers became the worst victim of the nationwide lockdowns imposed in March 2020. The biggest challenge in front of them was how to reach their native places safely. Tens of thousands of workers gathered at Delhi-UP borders a couple of days after the imposition of lockdowns. UP State Road Transport Corporation (UPSRTC) rose to the occasion and played important role in taking such workers to their respective native places.

The emergency operations carried out by UPSRTC provided much-needed transport services to a huge number of workers and travellers and helped them to reach their homes during the lockdown period. UPSRTC has started inhouse manufacturing of masks and provides them on a “No Profit-No Loss” basis (only Rs 6 per piece) to the passengers.

The sector has evolved under the guidance of Swatantra Dev Singh, now UP President of BJP, who held independent charge of the sector after Yogi’s government was formed. From a once-dilapidated entity to the digitised powerhouse it now is, the Transport sector in UP has come a long way. The UPSRTC is proof that real leadership is transformative.

In 2017, UPSRTC expanded rural connectivity, bringing 10,000 villages into the fold. In 2018 VTS was introduced for raising speed control, safety and traffic-related litigation standards. In 2020, UPSRTC provided emergency services to migrant labourers and other stranded persons return home in keeping with safety protocols

Etawah is something of a trailblazer in terms of performing districts and the push for women’s empowerment. In 2017, the administration helped 200 women under SHGs improve their stitching skills and earn money by making uniforms. In 2018, this number grew to 2,800. Economic empowerment has directly been linked to lower domestic violence rates in the region.

2020 has been a wonderful year for District Administration in UP. SKOCH studied 37 ranking projects of which 11 were found to be notably impactful. Mirzapur made news for its Covid-response as did Sambhal and Unnao. The phenomenal women tailors of Basti turned strife into success by manufacturing masks and PPE kits. Ambedkar Nagar also worked with SHGs for mask manufacturing. Noida Authority did a remarkable job retrofitting 74,000 street lights with Energy Efficient LED Lights in Noida City. Chitrakoot, Shravasti and Siddharthnagar are Aspirational Districts that have done well in Water Resources, Education and Upgradation of Government Schools respectively.

In 2020, the Gorakhpur Industrial Development Authority launched the Industrial Entrepreneurship Skill Development programme in the electronics products manufacturing niche and helped over 5,000 people. The Uttar Pradesh Skill Development Mission is planning foreign training for its youth, tie-ups with industrial houses and laying a strong financial foundation for resource management. The programme has already helped 12 lakh youth and has set its sights on certifying 6 lakh traditional artists this year and another 10 lakh youth for 2022.

As per the NITI Aayog Sustainable Development Goals India Index & Dashboard, Uttar Pradesh is classified as a Performer state. UP has done well in the Aspirational Districts Programme, Ease of Doing Business feedback and Affordable and Clean Energy category. Yogi Adityanath government is also ticking all the right boxes with the Centre’s flagship schemes like Swachh Bharat Abhiyan and Swasth Bharat Abhiyan. The administration has also set up dedicated programmes to benefit vulnerable groups; these include empowering and educating girl children through the Kanya Sumangala Yojana financial aid, and housing scheme for the EWS in the Mukhyamantri Awas Yojana. financial foundation for resource management. The programme has already helped 12 lakh youth and has set its sights on certifying 6 lakh traditional artists this year and another 10 lakh youth for 2022.

As per the NITI Aayog Sustainable Development Goals India Index & Dashboard, Uttar Pradesh is classified as a Performer state. UP has done well in the Aspirational Districts Programme, Ease of Doing Business feedback and Affordable and Clean Energy category. Yogi Adityanath government is also ticking all the right boxes with the Centre’s flagship schemes like Swachh Bharat Abhiyan and Swasth Bharat Abhiyan. The administration has also set up dedicated programmes to benefit vulnerable groups; these include empowering and educating girl children through the Kanya Sumangala Yojana financial aid, and housing scheme for the EWS in the Mukhyamantri Awas Yojana.

The SKOCH State of Governance is the only independent study of the state of governance based on primary data. The independent rigorous process followed to evaluate and study the projects makes this annual report the most sought after among the governments and policymakers across the country.

Uttar Pradesh has made steady progress and secured its position in the ‘Star’ state category. But the true potential of the state is still not realised.

Only those projects are analysed that are submitted for evaluation by the concerned departments or organisations. To secure a high ranking for the state, all departments and organisations of the state including our Focus Areas must showcase their innovative measures taken to improve the public service delivery and make governance more efficient and transparent. I hope to see Uttar Pradesh among the top in 2021. However, it would depend largely on the enthusiasm of the concerned departments and organisations in sharing and showcasing their bestperforming projects.

The assessment process for SKOCH State of Governance 2021 study has commenced. The focus of the study has been reset keeping in view the required priorities of the government. States compete broadly in three areas – money, governance and development. Keeping this in view the focus areas for the year 2021 are:

The 5-year sector-wise performance report on Uttar Pradesh under Yogi Adityanath will be released by December 2021.