Dip in Priority Sector Lending is the Development Banking Agenda Being Given the Go-By ?

The banks seem to view priority sector lending as a necessary burden. As a result, most banks – in public as well as private – have failed to achieve the mandated target of 40 per cent lending under PSL, says Rohan Kochhar 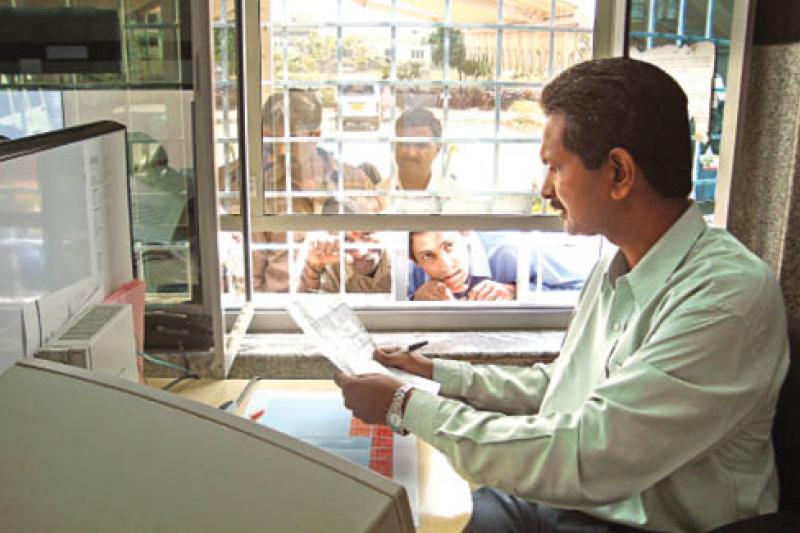 The concept of the ‘priority sector’ emerged mainly to encourage banks to lend more to neglected areas of the economy. These sectors contribute significantly to the GDP, but do not receive adequate institutional finance. Based on the report of its informal study group on statistics relating to the priority sector, the Reserve Bank of India (RBI) formalised its description of ‘priority sector’ way back in 1972. In 1982, the Ghosh Committee reinforced the priorities. According to the RBI, the priority sector comprises: Agriculture – direct and indirect finance; micro and small-scale industries; retail credit; weaker sections; education; and, export credit. The RBI then made it mandatory for banks to lend money at a subsidised rate of interest to such enterprises. In addition, Indian banks are mandated to allocate 40 per cent of their loans for Priority Sector Lending (PSL).

Directed credit through such sector emphasis is a major public policy initiative. It makes affordable credit available to vulnerable sections of the society – a thinking process that yielded the idea of ‘financial inclusion.’ The initiative also directs resource flow to segments of the economy that have higher employment potential and contribute enormously to poverty alleviation. PSL is thus also perfectly aligned with the objectives of the five-year plans.

According to the Nair Committee’s recommendations2, banks have two targets to focus on – the agriculture sector, and for agriculture and allied activities. For lending directly to agriculture, banks should set aside 40 per cent of what is called adjusted net bank credit (ANBC) – all the credit a bank has, plus the investments it has made in bonds that are not part of its standard liquidity ratio (SLR). The committee also says that ‘agriculture and allied activities’ could be taken as a composite unit within the priority sector. It reached this conclusion by removing the distinction between direct and indirect agriculture. For lending to agriculture and allied activities, it set the banks a target of 18 per cent of ANBC. That target could also be 18 per cent of what is known as credit equivalent of off-balance sheet exposure (CEOBE). A bank’s financial obligations, are its contingent liabilities, and thus do not appear on the balance sheet, make up its CEOBE.

To keep small loans, particularly agricultural loans, from being crowded out, the revised guidelines stated that only one-third of the amount of the big-ticket loans or advances would be classified as direct agriculture.3 It is this that perhaps made the Nair Committee mention: “Going forward, the country’s vision is of universal financial access through affirmative financial inclusion, which will mainstream the marginalised by ensuring ‘Access’. Until we achieve the desired level of financial deepening at all levels of society, in rural as well as urban areas, the need for directed lending will continue as a necessary lynchpin of the macro policy framework.”

The spirit of PSL does not seem to have not imbued the banking and financial sector, who view it as a necessary burden. A matter of growing concern has been the dip in PSL even as banks gear up for meeting financial inclusion targets. As on 31st March 2013, domestic banks (both public and private) were below the target of PSL. During this period, 16 of the 26 public sector banks, 10 of the 20 private sector banks and 2 of the 41 foreign banks could not achieve the target of overall PSL.4 The previous year was no different. In 2012 too, the domestic banks– both public and private sector – could not achieve the target of 40 per cent PSL for the year.

In 2010-11, 7 out of 26 state-run banks defaulted on their priority sector lending targets. Further, 18 could not meet the 18 per cent sub-target for agri-advances. Even more disturbing is the trend in agri-credit lending locations – the share of rural branches fell to 38.5 per cent in 2010 from 55.5 per cent in 1990; that of urban and metro branches went up from 14.9 to 33.7 per cent. “It indicates that credit disbursement is mainly through non-rural branches. The data raises questions about the segments to which the credit is flowing and whether it is reaching the intended beneficiaries,” observed RBI deputy governor KC Chakrabarty at the College for Agriculture Banking in Pune in September 2011.

A bank’s size and location seem to decide whether it will meet its priority sector targets or not. Because private sector banks mostly cater to local interests and know their customers more closely than public sector banks, they appear to be responsible for catering to the key priority sectors, agriculture and MSEs. Between 2001 and 2011, the small borrowal accounts to agriculture – with borrowings below `50,000 per borrowing farmer – gradually declined, both in terms of the number of accounts and the amount lent. In terms of number of accounts, the decline was from 92.7 per cent to 61.3 per cent and in terms of amount outstanding, from 44.1 per cent to 18.2 per cent.

The RBI is very serious about making the PSL target. So, it is making rules stringent one side and giving flexibility to banks the other side. On 6 May 2013, the committee chaired by G Padmanabhan, Executive Director, RBI, recommended that export credit be allowed to be a part of PSL for all commercial banks, including foreign banks, for a period of three to five years. For foreign banks with more than 20 branches, export credit was taken out from the purview of PSL. Further, the committee has also recommended that within the PSL, 8 per cent of the total credit be earmarked for exports.

At a time when the government is pushing for credit coverage for the entire farming community, only 50 per cent of total farmer households in India are covered under agricultural credit, and this includes both formal and informal sources of credit. Let us recall that the Rangarajan Committee report stated that in India, 51.4 per cent of farmer households are financially excluded from both formal and informal sources and 73 per cent of the farmer households do not at all access formal sources of credit. Those excluded are mostly marginal farmers and women. The flow of credit is skewed across states and regions. Even within the states, there are sharp differences in credit flow to developed regions, areas with greater access to physical infrastructure and regions closer to urban centres as compared to underdeveloped regions.

Of the 89.35 million farmer households, 43.42 million are under debt, according to a National Sample Survey Organisation (NSSO) report on the indebtedness of farmer households. The report says that the most important sources of loan, in terms of percentage of the outstanding loan amount, are banks (36 per cent) followed by moneylenders (26 per cent) and co-operative societies (20 per cent).

As a percentage of agricultural GDP, institutional credit to agriculture has risen more than 12 times since 1970, according to a recent report on the state of agriculture. In 1970-71, it was 2.56 per cent; in 2010-11, it crossed 32 per cent. Still, the small farmers continue to borrow from moneylenders as the institutional credit mechanism is unfriendly to them, there are delays in credit delivery and the system of providing collateral security is seriously flawed. The lacklustre approach has deeply affected the development banking approach to alleviate sectoral and regional backwardness.

Since interest rates on these loans are capped, banks cannot always charge an interest rate in line with the riskiness of the borrower. Moreover, the government has historically granted loan waivers and other forms of relief to borrowers in agricultural sector, resulting in a moral hazard that even borrowers who could afford to service their loans would sometimes opt to wait for relief instead.

Clearly, banks are unsuitable to meet priority sector needs as their appraisal systems are geared towards larger and more structured lending to the organised sector, and the sooner the government realises this, the better. NBFCs, micro-finance institutions and specialised lenders do this job better since they can actively mentor such borrowers. If banks were mandated to just lend to such institutions at discounted rates, that would be better. Banks could then also focus on larger loans.

The Committee on Comprehensive Financial Services for Small Businesses and Low Income Households, set up by the RBI in September 2013, was mandated with the task of framing a clear and detailed vision for financial inclusion and financial deepening in India. Headed by Nachiket Mor, the Committee submitted its report on 7 January 2014.

On priority sector, the Committee has recommended an Adjusted Priority Sector Lending Target of 50 per cent against the current requirement of 40 per cent with sectoral and regional weightages based on the level of difficulty in lending. The Committee has also recommended risks and liquidity transfers through markets. In view of the fact that banks may choose to focus their priority sector strategies on different customer segments and asset classes, the Committee has recommended that the regulator provide specific guidance on differential provisioning norms at the level of each asset class. A bank‘s overall NPA Coverage Ratio would therefore be a function of its overall portfolio asset mix.

Clearly, banks are unsuitable to meet priority sector needs. If banks were mandated to just lend to institutions such as NBFCs, micro-finance institutions and specialised lenders at discounted rates, that would be better. Banks could then also focus on larger loans

For example, loans given by banks directly to a farmer in a remote location in the country will get more weightage than to a small enterprise in a metro. “We are saying that if you do one rupee of lending to direct agriculture or a weaker section, then it will be treated as 1.25,” Mor said. The idea of such a proposal, he said, was to allow banks to specialise in a particular area of lending based on the bank’s strength and also to encourage them to lend in areas that are severely under-banked.

This recommendation could have a very big impact on the banking system because it will allow banks to focus. Today, all banks have to do the same thing whether they are good at it or not. They can neither specialise not can they cannot build narrow capability. The only danger is that if the system as a whole underperforms. It will then become imperative to change the weights again, say in a two- or three-year timeframe. The policy makers and regulators therefore need to be cognisant of their responsibility towards monitoring. If policy distortions were removed, we believe agricultural and other PSL segments would be an attractive sector for certain banks that have the capability to profitably originate such loans,” Mor said.

The panel’s proposals include measures to improve banks’ access to PSL borrowers (since some banks currently find it difficult to meet the 40 per cent PSL loan origination requirement), allowing bonds or pass-through certificates to be classified as part of the banking book based upon the declared intent (and hence could qualify as PSL), restoring tax benefits to securitisation and allowing investments in bonds of banks focused on PSL.

Within the Indian economy, banks have always been assigned a special role in the economic development of the country. RBI as the banking regulator hence prescribed that a portion of bank lending should be for developmental activities, which it called the priority sector. The mixed results of this policy, growing PSL NPAs, and lack of credit continue to plague key sectors of the economy. The Mor Committee has admittedly, provided a new route map, but it needs careful deliberation so that no misdirection is possible and no loopholes remain. With the passage of time, the resultant social and economic gaps may be difficult to bridge.