Financial Inclusion is a Compulsion

Today, banks need to think deeply on how to meet the challenges of meeting the credit requirements of the marginalised and the excluded; financial inclusion is no longer an option, it is a compulsion, says C Rangarajan 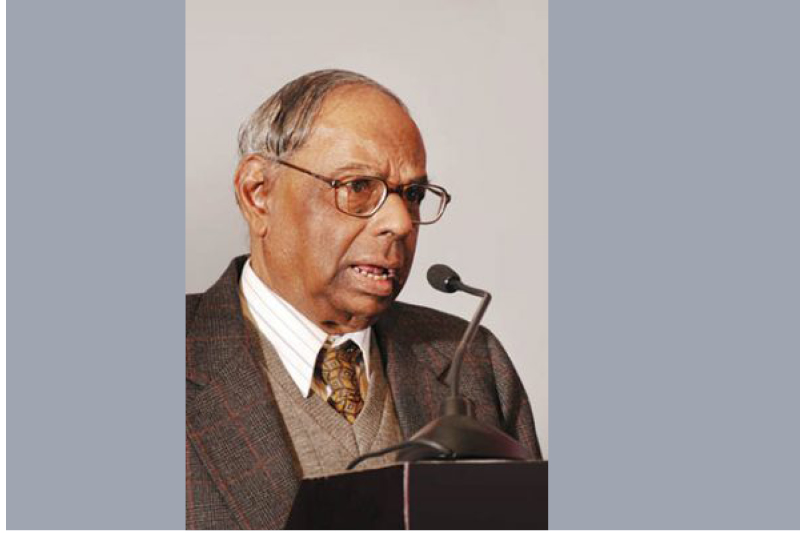 In every economy, the financial sector performs its basic function of intermediation – acting as a conduit for the transfer of financial resources from net savers to the net borrowers – essentially through four transformations. The first is a liability-asset transformation, which is accepting deposits as a liability and converting it into assets such as loans followed by size transformation, which involves providing large loans on the basis of numerous small deposits, while the third is maturity transformation that offers savers alternative funds of savings according to their liquidity preference while providing borrowers with loans of desired maturities. Lastly, there is the risk transformation, which distributes risks through diversification, substantially reducing the risk for savers. The process of financial intermediation supports increasing capital accumulation through the institutionalisation of savings and investment and as such fosters economic growth. The gains to the real sector of the economy therefore depend upon how efficiently the financial system is organised and the intermediation function is performed.

A distinction is often made in the literature between operational efficiency and allocative efficiency. While the former relates to the transaction cost, the latter deals with the distribution of mobilised funds amongst competing demands. Sustained improvement of economic activity and growth is greatly enhanced by a financial system that is developed in terms of both operational and allocative efficiency in mobilising savings and channelling them among competing demands.

The term financial inclusion has social, sectoral and regional dimensions, related as it is to the vulnerable sections; the various sectors of the economy – agriculture, industry and services, and all geographical regions

In addition, the functional efficiency of a financial system must be judged in terms of the soundness of the appraisals as measured by the level of overdues, the source cost of specific operations and the quality and speed of delivery of services. Both operational efficiency and allocative efficiency to a large extent are influenced by the market structure. On the regulatory framework, the central bank of a country, particularly in the developing economies, has an important role to play.

A well spread out financial system engenders economic activity by mobilising savings into the formal financial system, providing an avenue to urban workers to remit money to their families in villages besides weaning them away from the clutches of usurious moneylenders

The financial sector reforms that are currently underway in India must be seen as a component of the overall scheme of structural reforms that is aimed at enhancing the productivity and efficiency of the economy as a whole and also increasing domestic and international competitiveness. Structural reforms in areas such as industrial and trade policy can succeed only if resources are recycled towards more efficient producers, which are encouraged to expand under the new regime. This reallocation is possible only if the financial system plays a crucial supporting role. The reforms of the banking system and in the capital markets are aimed at achieving this objective.

An aspect of financial development, which has received much attention in recent days is financial inclusion. The term financial inclusion has many dimensions. First, it relates to bringing within the ambit of the organised financial system the vulnerable sections or people with low incomes. Second, it denotes inclusion of all sectors of the economy – agriculture, industry and services. Third, it also implies the extension of the organised financial system to all geographical regions. Thus, it has social, sectoral and regional dimensions. However, the term financial inclusion has largely been used to indicate the need to bring within the scope of the organised financial system people at the bottom deciles of the population. It is herein equitable growth comes in. Despite the faster rate of growth of manufacturing and services, the bulk of the population still depends upon agriculture and resides in the rural areas. In this background, one cannot overemphasise the need for expanding credit to agriculture and allied activities. While banks have achieved a higher growth in the provision of credit to agriculture and allied activities in recent years, this momentum has to be carried further. And this is particularly necessary when it comes to the provision of credit to small and marginal farmers.

Today the proportion of institutional credit going to the sub-marginal and marginal farmers is far lower than for other classes of farmers. In fact, among all farm households taken together, less than 25 per cent receive credit from institutional agencies. Thus, a crucial issue is how to meet the requirements of marginal and sub-marginal farmers? What changes do we need to introduce so that credit flow to this class of farm households can be accelerated. Should banks think in terms of supporting other institutions which are in a better position to lend the marginal and sub-marginal farmers? Can the banking system through its present mood of distribution of credit meet this challenge? For a solution, banks are today looking at the business facilitator and the correspondent models. Banks need to think deeply on how to meet the challenges of meeting the credit requirements of the marginalised; financial inclusion is no longer an option, it is a compulsion.

As far as banks are concerned financial inclusion has two dimensions – one is in terms of providing deposits and other payment facilities to the disadvantaged and under-privileged; the latter relates to the provision of credit facilities to such people. In some ways, it is easier to tackle the former rather than the latter. Technology has opened up the opportunities for providing improved facilities in terms of depositing and withdrawing cash. The business correspondent model combined with the new technology should be able to take these banking facilities to people who have remained unbanked so far. But the provision of credit facilities to the people of low incomes is a harder task. Once credit is granted, the business correspondents can takeover, but the grant of credit itself requires some fundamental changes in the way rural bank branches function. In taking credit to persons with small means, banks will have to play a proactive role in organising self help groups. This experiment so far has proved to be useful. The scale and scope of activities of the SHGs must be enlarged.

But there is a cost as far as the use of the business correspondent model is concerned and the banking system has to decide as to who will bear this particular cost. But as more and more operations in the rural areas, including those relating to the employment guarantee scheme, are brought within the ambit of the banking system, perhaps the cost per unit will go down. But, as far as the ultimate borrower is concerned, there cannot be discrimination between the rate at which he borrows directly from the bank and at the rate at which he gets it through the business correspondent. Therefore the intermediary costs will have to be borne by the banks, though the government can also provide assistance.