B Manju, resident of Balapu (M) village in Ranga Reddy District in Telangana is a trained teacher who started her career by teaching at a school. 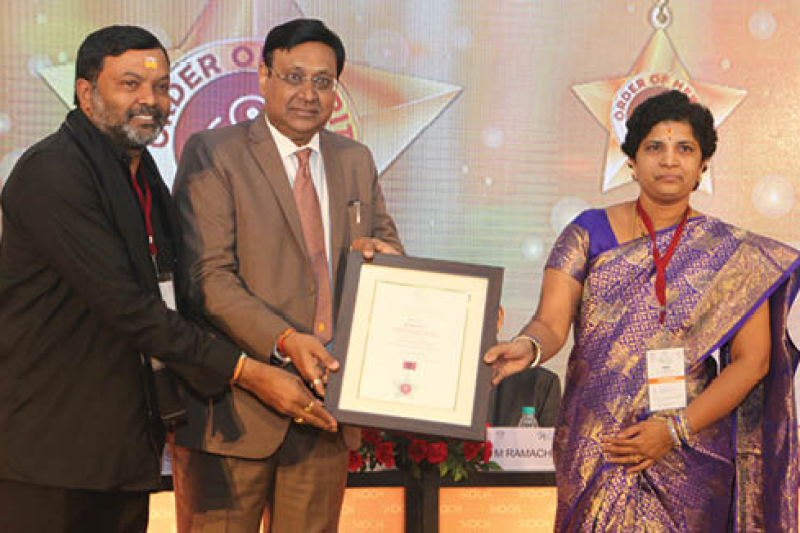 B Manju, resident of Balapu (M) village in Ranga Reddy District in Telangana is a trained teacher who started her career by teaching at a school. But she always wanted to do something different and serve the community. She got the first opportunity when she saw the advertisement by the then government inviting entrepreneurs to set up MeeSeva Centres to deliver government services. She plunged into it and named it TS Online. She never imagined that one day she would be proudly running a Common Services Centre (CSC) called Satya Sai Net Centre and become part of Prime Minister Narendra Modi’s Digital India dream.

Being a teacher at heart, her first project was to start giving computer training to Anganwadi Workers under Digital Saksharta Abhiyan, National Digital Literacy Mission (NDLM). Manju approached the Municipal Commissioner’s office seeking its permission to start a computer-training centre in the city outskirts of Saroornagar Revenue Mandal, Meerpet.

Under the supervision of CSC Village Level Entrepreneur (VLE) Manju, Local janpriya Mahanagar Colony Welfare Association conducted a programme, in which the Chief Guest Teegala Krishna Reddy, MLA, Belapur Mandal, launched computer training classes for the people aged between 14 to 60 years. This was followed by two more centres, one each at Badangpet and Lingojiguda in Ranga Reddy District. Satya Sai Net Centre (SSNC) CSC has registered 9,200 members out of which 6,800 have completed the training.

SSNC is providing the following services:

The SSNC CSC has done 15,700 Aadhaar enrollments for adults and nearly 4,700 for children at Anganwadi Centres. It does over 3,000 financial transactions in a month. The number of services provided in a month are as follows:

While there is a lot of traction for Utility Services and Issuance of Certificates, of late, demand for NDLM, Aadhaar enrollment and insurance has picked up exponentially. In order to meet up with the increasing demand, SSNC has hired four employees who on an average earn R6,000 each per month (supporting four families).

Manju’s constant focus is on quality of service and receives constant support from her family that has enabled her to take on this challenge.

Since August 2016, her CSC has also started Aadhaar enrollment for new-born babies at Government Koti Hospital, Ranga Reddy District. So far, 3,800 babies have been enrolled. At Arphans School, 375 children have been enrolled. Manju personally provides doorstep service for physically handicapped, mentally challenged with services like alive certificate and pension.

‘Telangana Ku Haritha Haram’ is a flagship programme of the Telangana Government that envisages to increase the present 24 per cent tree cover in the State to 33 per cent of the total geographical area. The programme was launched in early 2015. SSNC also took part in the programme and Manju personally planted hundreds of trees bought with her own resources.

For her impeccable and exemplary contribution and performance, Manju’s CSC was conferred the Best Performance Award by K T Rama Rao, Minister of IT, Telangana.