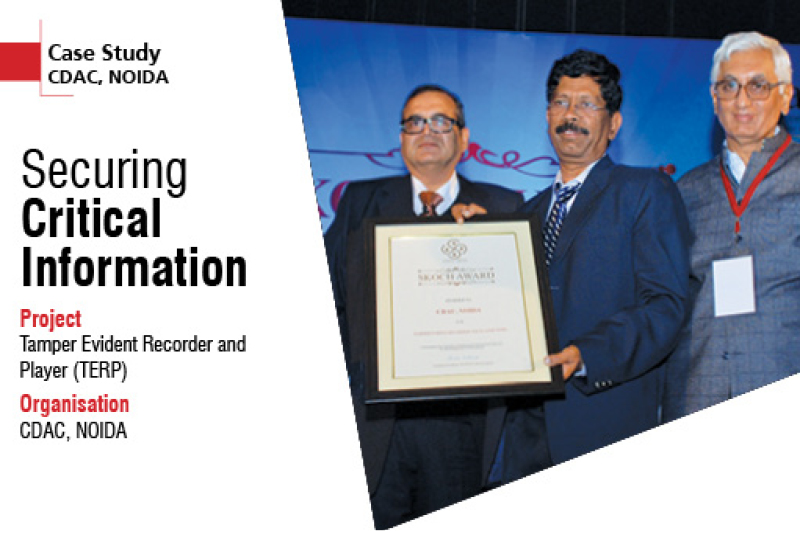 The objective really was to design and develop a digital information recorder to record various forms of information for use in evidence collection and other related areas to make law enforcement system more digital, fast and transparent.

The information captured in this manner is tamper evident – and recorded information can be played on an easily available player. This can potentially be used as a valid document for law enforcement purposes and judiciary.

Audio-Video Session: It offers an option to select the resolution and frame rate. After comparing a lot of available video codecs, MJPEG as compression is used. An open container format AVI is used to store the captured video in interleaved fashion. It also renders the captured video frames on a window. The GPS data is hard subbed on the video frames.

Document Scanner Session: The architecture of this module is
same as the fingerprint module except that here a document scanner is used.

Digital Signature: This module is responsible to compute the hash of input information and then sign it digitally.

The system is deployed at three locations in the country. Kerala Police has reported satisfaction with this system, which is being used for live recording or the interrogation proceedings. Uttarakhand Police has appreciated and recommended the system saying it has the potential to change the way information collection is done that helps in investigation. Bhopal Police is using it for live interrogation recording.