Our goal is now to become a middle-income country by 2025 – moving up from the current $1,600 today to $9,000 per capita income with advantages of purchasing power parity. This will define a true aspirational India with long-term goals. The new government is finding its feet slowly and is doing a goal setting based on its long-term vision of smart cities, urban development, infrastructure, water, power and so on.

As per the Census 2011 there are 53 cities in our country with more than 10 million population and there are about 460 odd cities, which have a population of below 100,000. Added together, there are approximately 525 cities, which provide a strong base for urban infrastructure. Reinventing railways and plan of river linking is now in much prominence. Also for long neglected, highways development and airports restructuring plans now surfacing in discussions is indeed a welcome sign from the new government.

Infrastructure building offers immense potential. Unquestionably the business case is very strong for infrastructure development but it should also be backed-up by proper regulatory directives.

Skill development for infrastructure is important but often overlooked. Skilling people for almost 30 million new jobs in the coming years is itself a big challenge. India’s skill-gap has compounded over the years.

We like to believe that there is enough finance available but that is not the truth – apart from budgetary support for infrastructure, which is close to 45 per cent, the state of affairs is not heart-warming. The second largest financing source is banking finance, which is about 24 per cent. As of now, 72 per cent of banking market share for infrastructure finance is dominated by the public sector banks – for that, the PSB system over the last 4-5 years has been in a pressure cooker situation. It is not getting any easier and there are reasons for that.

Few action points to create more financing capacity with the public sector institutions as well as looking at how to augment alternative sources of financing to meet the infrastructure requirements, are as follows:

First, the ability of IIFCL, a leading institution created with a right mandate to really incentivise take-out financing. Up to now, IIFCL has disbursed nearly Rs 44 billion, so this amount through refinance is a mere 0.5 per cent of the overall infrastructure exposure in the banking sector, which stood at over Rs 7,860 billion. So, take-out financing contributes a very small percentage, as things stand today. It is really challenging as how to incentivise banks. At the point of take-out finance they should be incentivised, because post completion risk is usually financed at a much lower rates.

Related point is infrastructure debt funds that were created some time ago. In a perfect scenario with having a concession agreement and a projected commercial operations date (COD), anybody could finance such projects. But the fact of the matter is that in our country there are a lot of non-concession related categories of projects. The current infrastructure debt finance guidelines do not permit such projects to be financed.

Yes Bank also has been able to conceive some thoughts and will be making recommendations to improve the structuring and the risk taking ability of infrastructure debt funds.

Next is our ability to attract the global pool of savings because there is approximately $50 trillion or so savings worldwide. We have only 0.8 per cent of those savings coming to India. So we need to look at how ECB guidelines are modified to enable overseas lenders’ pension funds particularly or annuity funds to actually partake in rupee loans. So, implementation of a combination of these factors will be able to take a lot of the existing long-term lock-in funds by the Indian banks and create headroom for financing new projects.

There is a lot of latent capacity sitting in pension funds in our country – also it would be prudent to leverage on domestic savings before we dip into global savings, which needs to be redirected and revamped. PFRDA needs to play an important role in ensuring that at least 20-25 per cent gets earmarked with attractive returns

Secondly, for various reasons like governmental inaction or promoter stress, almost 20 per cent of infrastructure loans have gone through corporate debt restructuring (CDR) over the last 3 years. It is also foreseeable that this number may go as much as 35-40 per cent by March 2015. That is going to create a huge burden on the public sector banks’ balance sheets because the moment you have a restructuring your capital requirements go up and naturally it reflects in your stock price and your ability to raise capital gets hampered.

It is recommended that any project, which has achieved a COD, its completion date should be shifted from present 2 years to at least 3 years if not longer because these assets are productive assets post completion for 30-40 years and we should not just worry about a year or two as long as there is economic value preservation of the underlying assets. That will translate into its ability to generate cash flows. This is a very important part because this would allow the banks to keep these assets with the longer tenure as ‘standard assets’ rather than ‘restructured assets’.

Thirdly, the bank funding should be permitted for domestic acquisition of projects. Lot of people got into the infrastructure business hoping that at some point they will be able to raise some external capital and de-risk their balance sheets. A majority of them have realised, given the pain points of the last 2-3 years, they should not have been in this business. Unfortunately, our regulation does not allow financing of shares because when you buy a company, it is a buy vs. build decision. That means buying shares is not any different than building new assets. So, the regulators should permit banks to finance domestic acquisitions to ensure that the more resourceful promoters are able to take on some of these assets rather than let them languish with promoters who do not have the ability to complete many of these projects.

The time has come for mobilisation of infrastructure funds by the banking sector because typically the banks’ liability profile is made through savings and fixed deposit accounts. Most depositors keep deposits either in savings account and FDs are usually not more than 1½ year to 2 years tenure. Banks have limited optional sources of funding and typically infrastructure project tenure is at least 15 years going up to 30 years or so.

There is a lot of latent capacity sitting in pension funds in our country – also it would be prudent to leverage on domestic savings before we dip into global savings, which needs to be redirected and revamped. PFRDA needs to play an important role in ensuring that at least 20-25 per cent gets earmarked with attractive returns.

The corporate bond market has been a moving target for decades and it is commonly understood what needs to be done. Elimination of TDS on corporate bonds is equally urgent because you don’t have that in government securities. Why have differential treatment between bonds, even when that is an important aspect of new fund raising, with greater participation of the private sector going forward. There are also issues on distribution tax on securitised instruments. In fact we have taken some retrograde steps there, which have hampered the development of securitised papers over the last 2-3 years.

We hear about municipal bonds. Even as far back as 15 years ago, Municipalities from Ahmedabad, Pune, Chennai or Bangalore did revolutionary work in raising bonds. But we really have not had any development on this front in recent years – consequently, we have to go back and see what Ahmadabad, Pune or Bangalore did a few years ago to understand how could we do well then and can replicate the experience now.

Today, it is not just the municipal corporation; almost every urban, or rurban activity in this country needs fund raising capacity and not necessarily all with the tax breaks but with the ability to raise low-cost long-term capital and be able to fund that in a prudent way and not dip into fiscal process at the state or at the central level. So, there is an immediate need to re-visit various forms of municipal bonds.

Eventually, uniform withholding tax is very important because we have so many discrepancies on withholding tax as well on the offshore funds coming into India because of various tax treaties.

The fact of the matter is that infrastructure in itself can add about 1.8 to 2 per cent to the GDP. It may take at least 2-3 years for it to accelerate but there is a fantastic opportunity there, which we need to harness sooner than later. 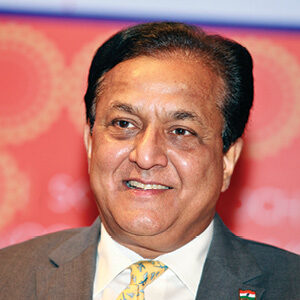