India’s elementary education system is at a crossroads. In 2009, the Indian Parliament passed the Right to Education (RTE) Act guaranteeing the provision of free and compulsory education to all children between the ages of 6 to 14 years. At the heart of the law is a guarantee to ensure ‘age-appropriate mainstreaming’ for all children. In other words, the Act is a guarantee that every child in India acquires skills and knowledge appropriate to her age.

Most of this money has been used to build school-level inputs through a large education bureaucracy controlled and managed by state and central governments. To illustrate, PAISA analysed the elementary education budgets of 7 states in the country for 2009-10 and 2010-11. According to PAISA, on average, 77% of the education budget is invested in teachers and management costs. All critical teacher-related decision-making, for instance hiring or salary payment, lies with the state administration2. Following teachers, the next largest investment is on the creation of school infrastructure – 15% of the budget. Funds for infrastructure development are often channeled to schools; however, key decisions related to sanctions and procurement are taken by the district. Importantly, while a school can demand infrastructure funds, it has no decision-making power over the timing of receipt of these funds and de-facto funds have to be spent based on priorities set by the state and district administration. Interventions aimed directly at children, such as the provision of free textbooks and uniforms and addressing the problem of out of school children, account for just 7% of the total investment.

Interwoven in this top-down system is an intent to involve parents in decision-making. In 2001, the Government of India (GoI) launched the Sarva Shiksha Abhiyan ((SSA), now the programmatic vehicle for the delivery of the RTE) with a mandate that expenditure decisions be taken based on plans made at the school level through Village Education Committees (VEC). These plans are then aggregated at the district and state levels. Drawing on this model, the RTE mandates the creation of School Management Committees (SMCs) tasked with similar responsibilities. Despite this bottom-up planning structure, the centralised delivery system has disempowered these committees and, in fact, created disincentives for parental participation in a number of ways:

In essence, SSA has promoted a bottom-up delivery system with no bottom-up control or decision-making power. The result is thus a de-facto centralised, top-down system.

There is a growing consensus amongst educationists over two key school reforms. First, curricula and textbooks in early school years need to be aligned to student ability and teaching capability. Surprisingly, this is not the case today. Inside Primary Schools, a 5-state study by ASER Center points out that most children are at least two grades below the level of proficiency assumed by the textbooks. Added to this is the fact that teachers spend most of their teaching time making sure that they cover the prescribed curricula, with little focus on whether children are actually learning. So as children move from grade to grade, the curriculum expectations increase but children’s capacity to learn falls far below expectations. Once a child falls behind, the system does not enable her to catch up. Estimates by Economist Lant Pritchett using ASER data reveal that 75% children who do not acquire reading or arithmetic skills at the grade appropriate level are unlikely to pick these skills up as they move to the next school year and 3 out of 4 of those who still don’t acquire these skills are unlikely to acquire them as they approach the end of 5 years of primary schooling.

Second, teaching pedagogy is ought to be based on a child’s learning level to help them catch up rather than on curriculum expectations. In other words, if a child in class 3 is unable to read then teaching methodology needs to be adjusted so that the child first learns the basics of reading rather than plunging straight in to a class 3 text book.

These proposed reforms are based on three key principles: assessment, autonomy and innovation at the school level. In other words, they require a system where learning levels are regularly monitored, and implementers –administrators and teachers – are empowered to take decisions and orient pedagogy based on need.

This is the anti-thesis of the current centralised governance system. Recognising this, GoI has argued that implementing the RTE requires a system that recognises ‘the need for the creation of capacity within the education system and the school for addressing the diversified learning needs of different groups of children who are now in the school system.3

School Management Committees hold the key to implementing such a decentralised structure. The first and most critical step therefore in the shift from schooling to learning will be to empower school management committees. There are three immediate reform measures that could be implemented to achieve this goal:

Will this lead to enhanced learning for schoolchildren? At the very least, such a system will serve to strengthen parent engagement and ownership with the school and encourage accountability to parents. This is a critical first step.

Note: This is a summary version of a longer introduction to the PAISA District Studies, 2011. For those interested, the study is available on the following link: www.accountabilityindia.in 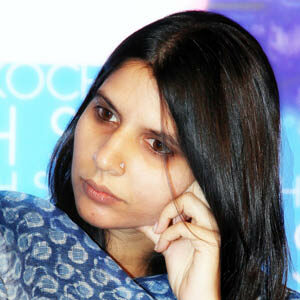