The other thing is that there is a rise in nutritional input. Two years back when the global meltdown was here, a large number of labour had repatriated from the urban centres to the rural areas. For instance, a good number of villagers in Ganjam district of Orissa who would go to diamond industry in Surat did not go. According to one estimate, there was a reverse migration of almost 10 million. The impact of meltdown in rural area was not felt so much because of the safety net provided by MGNREGA. Third, the levels of education have risen. People are able to send their children to school. I went to a village in Sirsa district called Kalluwala. A person named Lilu Ram told me that the MGNREGA got him freedom from bonded labour. He said ‘I’ve been in bonded labour for over 40 years and because of this programme I’ve been able to purchase my freedom. Today I am a free man.’

Agriculture is our largest industry that provides the maximum employment. The employment provided under MGNREGA is supplementary. We don’t propose to substitute the labour employed in agriculture. Therefore, I don’t visualise any conflict there. Y K Alagh’s study recently found that in the first 15 years of post-liberalisation era, the profitability of the farm sector had fallen by 14 per cent. And that was because a large segment of attached labour had become unattached. Therefore, this process is already invoked. In fact there have been recent studies which show that there is a structural change of employment within the agriculture sector. For instance, more and more work is getting done under the contract labour. One of the three complaints which the farmers normally have is that labour cost has risen. Labour cost has not risen on account of MGNREGA only. The studies, which have calculated the percentage increase in labour cost, say that there are other factors responsible for it.

The decrease in outflow of labour from Bihar, Orissa and Uttar Pradesh for agricultural work has led to increase in agricultural wages and mechanisation which can in no way be termed a negative development

My argument is that the rise in wages is a good thing in the agriculture sector. I personally believe that Indian agriculture has always functioned on repressed wages and sooner it is liberated the better it will be. Finally I would say that the large farms and the medium farms which employ more labour are going to suffer on account of increase in wages. They will either mechanise or disintegrate. It is proven – to quote from Meera Shiva and Vandana Shiva’s study – that the small farms are inherently more efficient. Therefore, decline in size of the farms is not a bad thing at all. Moreover mechnisation is already taking place. For instance in Punjab, where the outflow of labour from Bihar, Orissa and Uttar Pradesh has come down, they are coping up in two ways – by raising wages or high scale mechanisation.

I must say that MGNREGA has the potential to usher in the second green revolution. It is the most versatile employment programme ever designed in the world. Our Prime Minister always talks of second green revolution. The MGNREGA allows work on the private land of four categories of persons including SC & STs and small & marginal farmers. These are the households which operate about 80 per cent of the land. But they have no capital for investment in land. Because the gross capital rate of gross capital formation has fallen. If MGNREGA money is used in land improvement, it will usher in the second green revolution and it is already being seen that in such areas where improvements in private land is being done, the off take in the MGNREGA has declined.

Another of our flagship programme is National Rural Livelihood Mission (NRLM). The total population of poor is estimated at 70 million families, which are likely to benefit from NRLM. The programme provides that these families are organised in self help groups. There are approximately 7 million SHGs. One member of each family will be organised and during the 12th Plan period their income will be raised to 100,000 rupees per year. We are already moving in that direction.

Besides this, we have submitted a proposal to Planning Commission that we want to skill 10 million youth from the BPL families, give them training and skill and employ them. And wherever we have started this, we are succeeding. For instance, in Jammu & Kashmir, where our initial target was 10,000 persons, the Prime Minister’s Office was so encouraged with this that it has been raised to 100,000 in five years. We hope to complete it in three years.

We are also concentrating on the LWE (left wing extremism) areas, Northeast and minorities. This creates a win-win situation for the industry and all the other parties involved. Firstly the industries do not have to spend too much on training and secondly it removes the structural mismatch of our labour design – in some places (handloom for example) there is excess labour and in some places (Textile) there is a shortage of labour. 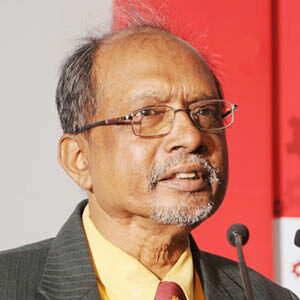 B K Sinha is Secretary, Ministry of Rural Development