With a network of more than 500,000 Fair Price Shops (FPS) claiming to distribute annually commodities worth more than Rs 500 billion to about 160 million families, the PDS in India is perhaps the largest distribution network of its type in the world. PDS is operated under the joint responsibility of the central and state governments, with the former responsible for procurement, storage, transportation (upto the district headquarters) and bulk allocation of foodgrains. (Table 1).

The state governments are responsible for distributing these foodgrains to consumers through a network of Fair Price Shops. This responsibility includes identification of families below poverty line (BPL), issue of BPL cards, and supervision and monitoring of the functioning of the Fair Price Shops. States are also responsible for movement of foodgrains from the district headquarters to the PDS shop, which requires storage at the sub-district level. As food is a non-plan subject, such an infrastructure is often weak in the poorer states.

The central issue price (CIP) for wheat and rice has remained unchanged since April 2000, leading to huge differences between the market and FPS price.

All is not well with the Public Distribution System in India. Weaknesses in the distribution system include ration cards being mortgaged to ration shop owners, large errors of exclusion of BPL families and inclusion of above poverty line (APL) families, prevalence of ghost BPL cards with weaknesses in the delivery mechanism leading to large scale leakages and diversion of subsidised grains to markets and unintended beneficiaries. A section of the APL households do not lift its ration quota and thus a part of the entitlement of these households leaks out of the PDS supply chain.

Errors of exclusion and inclusion

According to the XI Plan (volume 2, chapter 4), there are huge exclusion and inclusion errors in identifying the poor, as seen from the following Table 2.

Thus more than half of the poor either have no card or have been given APL cards, and are excluded from the BPL benefits. These must be presumably the most poor tribal groups, women headed households, and people living in remote hamlets where administration does not reach. Thus the people most deserving of government help are deprived of such assistance. On the other hand, almost 60% of the BPL or Antyodaya cards have been given to households belonging to the non-poor category.

A World Bank study also shows that almost half of the poor are left out from the appropriate category of ration cards. There are significant inclusion and exclusion errors in possession of BPL ration cards, as shown in Table 3.

A Planning Commission study (2003) finds that about 58 per cent of the subsidised foodgrain issued from the Central Pool does not reach the BPL families because of identification errors, non-transparent operation and corrupt practices in the implementation of TPDS.

How would UID help?

The idea of using the unique identity (UID) programme to reform the public distribution system (PDS) appears to be gathering steam with the policy makers. It will certainly help in eliminating duplicate and fake beneficiaries from the rolls as no resident can have a duplicate number since it is linked to their individual biometrics. The Wadhwa Committee recently corroborated the problem of duplicate cards, noting that the practice of “multiple ration cards issued under a single name” is widespread nationally. In Delhi alone, RTI petitions uncovered 901 ration cards issued in the name of one woman, Manju in Badarpur. Even in Tamil Nadu, the problem of ghost ration cards exists which enables shopkeepers to make illegal gains.

High number of fake cards compel governments to make verification norms for issuing ration cards more stringent. Some state governments ask the applicants to provide various documents, such as the electoral roll number, a copy of the electricity bill, and house rent bill to receive a ration card. This tends to penalise poor and homeless families, and cuts off large numbers of BPL families who lack necessary documents from accessing rations. Once UID has been extended to the entire population (which may of course take several years), it would be easier to monitor full coverage of cards to each individual in a situation of universal coverage through PDS. To achieve the above one would have to pass a law that subsidised foodgrains would be available only to those who register under the UID.

However, in most states (Tamil Nadu is an exception) PDS is not universal but is targeted to the BPL households. Their identification has to be done by administration based on certain criteria, and the UID would be of little help in such an exercise.

Another advantage with the UID is making PDS entitlements portable, as beneficiaries would be able to withdraw their entitlements from any ration shop in the state, in case their UID card allows them to do so. This would, however, require linking of future FPS allocations to the shopkeeper to authenticated offtake by beneficiaries, thus discouraging open market leakages by the shopkeeper and ensuring that only genuine offtake by consumers is permitted.

This would still leave a large number of problems where introduction of UID or smart cards would be of little help. These are listed below:

Rather than reform the PDS and plug its loopholes, many in government are advocating a shift to cash subsidy and wind up the PDS. This would not work for five reasons. Firstly, the main problem in targeted schemes is identification of the real poor. Replacing grain by cash is not likely to solve the problem of errors of inclusion and exclusion. Secondly, there is no guarantee that a rich and powerful person will be prevented from opening hundreds of accounts in his name, and get cash transfers into it from government. The UID may eliminate this possibility, but it is likely to take at least ten years for UID to reach every village in India. Thirdly, cash transfer requires widespread bank system, which we don’t have in the rural areas. Fourthly, in Brazil, which is the best example of poverty reduction through cash transfer, even the poor are used to withdrawing cash from the ATMs through debit cards. This practice may take at least two decades to be widespread in rural India.

In the ultimate analysis, the constraints to food insecurity and hunger are rooted in bad policies, faulty design, lack of appropriate monitoring and evaluation, poor governance and lack of political will. Action is needed on all the fronts.

The following policy and procedural reforms may help in improving both the offtake of PDS rations and availability for the poor:

Improving procedure for selection of BPL:

The present procedure for selection of BPL beneficiaries is opaque, bureaucratic, and does not involve Gram Sabhas. The basis on which village wise cap on the maximum number of entitled beneficiaries is fixed, is not clear and not well defined. A white paper should be prepared on the subject, and clear policy laid down by the Ministry of Rural Development.

Due to cumbersome procedures, often there is a time difference of several days between the FPS dealer depositing his bank draft and the grain being released to him. This unnecessarily blocks the money of the dealer. It is suggested that the dealer should deposit advance directly in the bank account of the SFC/FCI, and there is no necessity of the bank draft being handled physically.

One of the main reasons for the black marketing of the APL quota is the fact that GoI does not release full quota as per the number of APL cards, which gives a handle to the dealer to refuse supplies on the ground that the limited quota has already been lifted.

All card holders must be photographed, and their details along with their photographs should be in the public domain. This will make it easy for the civil society or consumers to check the list.

Give shops to Panchayats, women’s self-help groups, or to those who already have a shop so that it remains open on all days. Making it obligatory for dealers to sell non-cereal items will ensure better communication between the dealer and the card holders.

In many states the selection needs approval by the Minister or a committee of MLAs and thus the process is highly subjective and opaque. There is no involvement of civil society or consumers in the selection, nor involvement for them in operation of FPS. FPS should be allotted to people who are already running a viable shop in the area.

Take Photographs of the Stock in the Shop:

Supply Inspectors should be supplied with cheap digital cameras so that they can show the stocks at the FPS along with that day’s newspaper and consumers, and send it to their superiors with a copy to the dealer.

There should be quarterly meeting of the dealer with all consumers which should be attended by senior staff. A list of responsible citizens should be prepared in the open meeting (its photographs should be taken to record the size of the gathering).

Many states have a large number of reputed NGOs. They should be authorised to inspect the shops, meet the people and take their grievances to the higher authorities.

State Governments should provide a free toll number, as in Chhattisgarh, where complaints can be registered online. The entire operation should be outsourced and web-enabled.

Food Ministry should ‘Own’ the PDS:

The Centre cannot close its eyes to large scale fraud in PDS by taking a narrow ‘Constitutional’ position that implementation is the state’s responsibility. Food Ministry should have a greater sense of ownership of the scheme, and improve its oversight mechanisms. For instance, it should start an annual impact study of the PDS, especially in the poorer states. 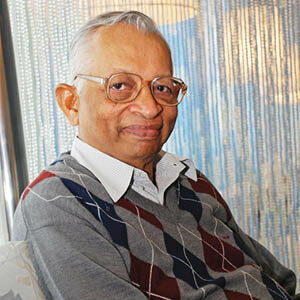 The Headlong Rush to Aadhaar