Financial inclusion is fair, timely and adequate access to financial services that include saving, credit, payment and remittance facilities at an affordable cost, and in a transparent manner through institutional agencies. Today, financial inclusion is a vital medium for reaching growth and equitable development to rural India, since access and availability of banking and payment services to the entire population is essential for the creation of an inclusive and efficient economy, and for enabling the Indian growth story to become sustainable and all-encompassing.

For the viewpoint of 21st century urban India, providing these financial service facilities to all Indians may appear to be a simple task, given the reach of urban banking and the benefits of technology. However, the extent of the challenge can be appreciated from the magnitude of financial exclusion in rural India, as out of the more than 600,000 rural habitations, only about 32,000 have a commercial bank branch. Just over 40 per cent of the population across the country has bank accounts, and this ratio is much lower in the north-eastern region.

With a population of over one billion people, low levels of financial literacy, an adult literacy rate of about 67 per cent, poverty and low income levels, multiplicity of regional languages, difficult terrain in some regions, this task of providing financial services becomes even more formidable, as the people being provided the service may first need to be made aware of their benefits. Thus, a demand needs to be created for the services, while the target population is gradually weaned away from its reliance on informal, flexible, easily accessible and often exploitative sources of credit and remittances.

On their part, the suppliers of these facilities, mostly banks, need to be convinced by the government that providing these services to the rural hinterland is financially viable and will open up new markets for their growth, while giving them access to large new lowcost deposits. For the financial inclusion efforts, on the supply side, the banks need to invest in technology, upgrade their existing server capacities, expand connectivity and computer-based banking solutions to the hinterlands, train their staff to be rural customer-oriented and to provide the service with a smile even though the time taken per transaction may be higher in the rural areas. The policymakers and regulators also face the challenge of putting in place enabling regulations and provisions that guide the banks and other market players to come forward and willingly take part in financial inclusion efforts, while still retaining the ability to monitor and supervise the facilities that shall be provided to millions of new customers in distant places.

The benefits of financial inclusion for the ‘aam aadmi‘ are apparent and manifold; however, there is also an incentive for government agencies that provide social security benefits and subsidies to the poor to clamour for its rapid expansion and its success. The reach of banking facilities in the rural hinterlands will enable these government agencies to route the transfer of these benefits through the banking network directly to the beneficiaries, thus reducing leakages, the time taken to reach the benefit, as well as the transaction cost. In the first instance, the National Rural Employment Guarantee Programme (NREGA) wages are being sent into the bank accounts of beneficiaries through the ‘electronic benefit transfer’ (EBT) method.

The benefits of financial inclusion for the ‘aam aadmi’ are apparent and manifold; however, there is also an incentive for government agencies that provide social security benefits and subsidies to the poor to clamour for its rapid expansion and its success.

To bring the financially excluded population within the fold of the formal banking system, the government and the Reserve Bank of India have taken several steps to ease the entry of the rural population and the urban slum population into the banking system. Based on the recommendations of the C Rangarajan Committee Report on Financial Sector Reform, the government created the Financial Inclusion Fund (FIF) for meeting the cost of developmental and promotional interventions for ensuring financial inclusion, and the “Financial Inclusion Technology Fund (FITF)” to meet the cost of technology adoption with an overall corpus of Rs 5 billion each. To address the problem of high transaction cost and outreach, the banks were advised to migrate all their branches to the computer-based core banking solutions that allow real-time transactions, as also to increase use of information technology based solutions, such as smart cards, mobile phones and hand-held devices to extend the reach. Measures were taken to simplify account opening; these included banks being mandated to offer basic banking ‘no-frill’ accounts, with low or zero minimum balance, and simpler ‘Know Your Customer’ (KYC) norms for the low income groups in urban and rural areas for accounts with balances not exceeding Rs 50,000. The RBI liberalised its branch authorisation policy for the rural areas as well the policy for location of ATMs. The recent change in bank branch policy of RBI allows scheduled commercial banks, other than regional rural banks, to open branches in towns and villages with population below 50,000 without seeking its permission. To expand the branch network in the North-East, the RBI is working with state governments and the banks on a viability gap funding model by providing the capital and the running cost of branches for the first five years to the States, which provide premises and security.

To further the reach of the banking network, the RB I in 2006, took an important initiative by introducing the business correspondent (BC) model. The BC model provides the means for ensuring a closer relationship between the poor people and the organised financial system. Banks were permitted to use the services of non- governmental organisations, micro-finance Institutions, retired bank employees, exservicemen, retired government employees, Section 25 companies, and other civil society organisations as business correspondents. This list has been further extended recently. This model allows banks to reach banking to the poor without creating new brick and mortar branches. However, to take advantage of this model, the banks have been urged to rapidly scale up IT initiatives that can help in reaching banking to the poor, these technologies include biometric or simple smart cards and mobile handheld electronic devices that read these cards and facilitate banking transactions through banking correspondents without the client having to physically go to a branch. These hand-held devices can also remotely transfer banking transactions’ data from rural areas to the bank’s central server. To ensure uniformity in standards, the RBI has also issued the required security standards and customer protection guidelines to banks. To further the reach of banking while ensuring that the government social security payments reach the rural beneficiaries on time, at low cost and without leakages, the government and the RBI are encouraging state governments and banks to disburse such benefits through bank transfers into the beneficiaries’ accounts. Presently, RBI is giving an incentive of Rs 50 per smart card account opened by banks under this scheme to partly meet the cost.

Policy-makers and regulators also face the challenge of putting in place enabling regulations and provisions that guide the banks and other market players to come forward and willingly take part in financial inclusion efforts, while still retaining the ability to monitor and supervise the facilities that shall be provided to millions of new customers in distant places.

The Indian Banks Association has also constituted technology committees in order to formulate uniform open standards for the technologies at play so as to ensure interoperability between banks and other service providers for the benefit of the customers. Presently, the lack of common technical standards has impaired the pace of ICT deployment and has led to vendor dependence for technology components. This has made the solutions deployed by even a particular bank for financial inclusion, solution provider specific, thus not allowing the bank customer the ability to interoperate across all outlets of the same bank.

Thus, the way ahead clearly requires the banking technologies to become interoperable while having the ability to scale up to reach the millions who still await banking facilities. These inter-operable systems will also facilitate the transfer of domestic and international remittances to the villagers in a seamless manner.

Since, as per the 2001 census there are approximately 100,000 habitations with a population of over 2,000, the government proposes to advise the banks to reach all such village by March 2012. The RBI has directed banks to draw up a road-map by March 2010 to provide banking services through a banking outlet, not necessarily a bank branch, in this regard. Given the scale of this task, achieving this goal will require multiple channels and technology driven solutions.

Financial inclusion is thus a win-win solution for the poor, for the banks and for the nation and must be achieved at the earliest. 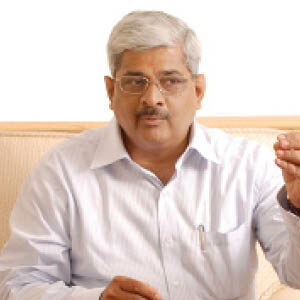 On Strategies for Disinvestment & Privatisation