In a democracy, one of the important functions of the government is to provide a whole array of services to citizens, and to do so in an efficient, cost-effective, accountable and transparent manner. In a country like India, access to services is an additional factor. Differential access tends to heighten further the already-existing inequities in society. Universal and equitable access is, therefore, of vital importance in furthering the agenda of social justice and inclusion. Technology, through ICT, provides an almost perfect solution for addressing these issues.

It is in this broad context that the government has initiated the ambitious National e-Governance Programme (NeGP). This includes the provision of a whole range of services for citizens and corporate entities; it also provides access to these services through common services centres, which are being set up in 100,000 locations. Government spending on IT is projected to increase from Rs 150 billion in 2009 to Rs 250 billion in 2011, clearly signalling recognition of both the growing importance of IT and acknowledgement of its role in governance.

The last few years have seen many projects – at both, the Central and State levels – aimed at using IT within the government and also as a means of increasing the reach, efficiency and accountability of services being provided by the government to citizens. In this, it has also sought to capitalise on the new communication technologies to reach out to remote, interior or far-flung parts of the country with these services. Pathbreaking ICT projects, like urban services in Hyderabad and rural land-records in Karnataka, created considerable impact some years back, as did the pioneering one for railway passenger reservations, two decades ago. Each of these had scale and impact of sufficient magnitude to truly make a difference to the millions who used these services. Now, as the government looks at expanding the scope as well as reach of these services, requiring investment of hundreds of billions of rupees, cost-effectiveness becomes a pre-dominant consideration. Many factors contribute to both costs and outcomes, and it is vital to look at ways to minimise the first and maximise the second. Amongst the various ways of doing this are the following:

Too often, each application is treated separately or as a standalone one; consequently, when it has to interface with some other application, there is difficulty, requiring the development of new software and additional time and expense. Such inter-operability must be mandated at the initial (RFP) stage itself

While most of the above are generally known and even obvious, it is a fact that these simple factors are often ignored. The result is high cost, delays, and unsatisfactory services. Efficient and effective citizen services are essential and, today, technology enables us to provide these on a scale and with a reach that was unimaginable just a few years ago. However, in using technology, it is necessary to first study and reform/reengineer basic processes, rather than hurriedly buying equipment or merely computerising existing processes. Continuous interaction with and feedback from the end-users is also essential. It is only these that can help to develop systems that meet user needs and do so in a cost-effective, transparent and userfriendly manner.

As cloud computing technology evolves, its possibilities are multiplying. Moving more and more applications to the cloud will lead to increasing benefits. The mobile phone as an access device will surely become a part of this.

New developments in cloud computing, cheaper and portable equipment, broadband wireless access, touch-screen and text-to-speech (and vice-versa) systems, open up vast new possibilities and provide access to those who need it most. Using these developments and staying technologyneutral is the best bet in an uncertain, ever-evolving technology scenario. It is also an opportunity for the country to utilise its capabilities and infrastructure in ICT to leapfrog into the next generation of governance by providing citizen services of unmatched quality, great value and exceptional transparency at the lowest cost. 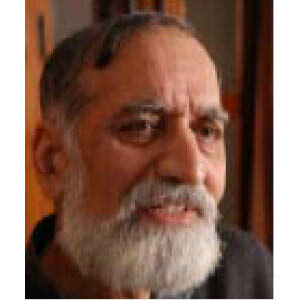 The Agenda for the India Decade

IT to Be Next Decade’s Critical Driver