Today, when everyone is talking about the ‘India Decade’, one question that arises is whether it is the one that has just gone by or it is the one ahead. This is not just because what has happened in between 2000 and 2010 has really been quite remarkable, but also because the decade ahead has the potential that we must be able to exploit.

In one looks at the decade gone by, the five-year period, between the years 2003 and 2008, has unquestionably been the best consecutive five years that India has had since Independence. The reasons for this are clear: economic growth has been at its highest at close to 9 per cent; inflation at its lowest at less than 5 per cent; the usual bugbears like fiscal deficit at their lowest and the balance of payments being robust (the current account deficit being the lowest for any five-year period since 1950).

While it is true that growth did begin to stutter a little bit after 2008-when global economies faced their biggest crisis since the Depression of the 1930s, it was the resilience of the Indian economy and the alacrity of key policy-makers that softened the blow. It was the decade during which India’s savings and investment as a ratio to the GDP went up from approximately 25 per cent to over 35 per cent – much of this has vested on two big areas, a sharp rise in private corporate savings and investment and improved government savings (lower revenue deficits). It was this increase that helped the Indian economy to continue to sustain its growth rate at levels much higher than those seen elsewhere. It was also a decade that saw the service industry bloom in the country and entrepreneurship took on an entirely new meaning in the country’s economic journey.

Taking the last factor first, the question that arises do we have the systems in place to reap the dividend that demography is giving a chance for us to do so? Basically, demographic dividend implies that because one has a young population, and one that is likely to remain young, one will have very high increases in labour force, and that enormous increase in labour force is a resource. But there are two key things that have to be done to make this promise of such a resource fructify into good jobs, high employment and high production. First, those people must have the requisite skills. This is where education reforms become vital in a country like India, enabling people to build skills that the job market needs. Unless this is done, you just will not see the kind of mass factory jobs that one has seen in large areas of East Asia – China, Thailand, Malaysia, Indonesia, Korea in the old days and Philippines – which are central to realising the potential of our demographic dividend.

More importantly, there has to be a demand for such people coming on to the labour market. This where bottlenecks in infrastructure, lack of manufacturing jobs, inadequate skills and restrictive labour laws come into play. In fact, a major reason preventing companies in India from offering mass factory jobs is the restrictive labour laws that we have in force in the country. And, it is jobs of these kinds that can prove central to realising the potential of the demographic dividend that everyone is talking about. Few know today that our labour laws do not protect the majority of labour.

Instead, the present laws over-protect a tiny minority (about 5 per cent of our labour force, not counting government employees) at the expense of the vast majority of workers. Today, our existing laws massively discourage the employment of new workers in organised enterprises. In effect, these laws are very antiemployment and lead to huge underutilisation and casualisation of our most abundant resource, i.e., low-skill labour.

‘Reaping the demographic dividend’, however, is a quote that will sound hollow if we do not bring in efficiency in the use of our resources, both labour and capital. Today, infrastructure in the country continues to be the bugbear of the government, whether State or the Centre. One area where this has changed is obviously the telecom sector. But, in most other areas, if you think about electricity, roads, ports, etc., the government remains the main provider and is likely to continue to be so. While complaints remain about how badly has the government failed in providing adequate power, roads, ports, water, sanitation, etc., and therefore we must adopt the publicprivate partnership (PPP) model, experience from all over the world suggests that the government will continue to have a major role. PPPs cannot substitute for effective governance. This is especially important if we consider land as a critical resource. We need to use such resources in a much better way, with better and improved provisions and regulations, which bring out the value of the land and where PPPs can play a major role, but it is still an area where the government will have a domineering role to play.

And, in a country like India, reliance on government programmes and policies will be always there. But it is in delivering the services to the people that performance has been an issue: we have government schools where teachers do not show up, primary health clinics with absent nurses and paramedics, and policing points that most citizens would avoid rather than approach. One major factor that improves the quality and productivity of resources in an economy is technology and know-how. Here, India, like all other poor countries, is at a huge advantage: we do not have to invent the technology or create the know-how. We only have to play catch up with the world- -the whole world of knowledge is out there and the technologies are there. What is more important, however, is that we have to be able to use such technology that we import in the best way possible.

It is here that the international economic environment will play a crucial role. It is likely that the decade ahead is likely to be a more uncertain decade than the one that has passed, not just because of the global economic crisis which has its own legacy problems, but also because of a shift in who the economic powers are. It is going to be a decade during which the economic power centres of the West will shift, in all probability to Asia. The issue here is whether such a shift will happen without too much strain on the system of international economic relations.

To conclude, the recent global economic crisis has definitely taken a toll of India’s economic performance. Most likely, it has also reduced our potential for economic development in the short-term. However, despite the severity of the global crisis, India’s economy has demonstrated considerable resilience. Our growth performance may decline a little, but it will be far better than nearly every other significant economy in today’s world. The possibility is there. The challenge is for our policy-makers and programme implementers to convert this potential into performance. 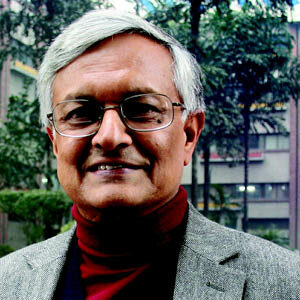 Shankar Acharya is Honorary Professor and Member, Board of Governors, ICRIER

Urbanisation of Rural Areas PURA Scheme as the Game Changer