Rapid urbanisation has put intense pressure on cities, their infrastructure and their natural environment. Given the problems faced by Indian cities in terms of poor, inadequate and failing infrastructure related to urban housing for the poor, water supply, wastewater management, solid waste management, public lighting and other facilities, the Government has given priority to public infrastructure and is supporting various programmes and projects, including the Jawaharlal Nehru National Urban Renewal Mission, i.e., JNNURM. Investments in urban infrastructure have, however, not always resulted in corresponding improvements in levels of service delivery. There is, therefore, a need for a shift in focus towards service delivery. This is especially the case with water supply and sanitation (WSS). With a view to addressing this issue, the Ministry of Urban Development, along with the key stakeholders, has developed service level benchmarks (SLBs) for four key areas of urban service delivery. These include Water Supply, Sewerage, Storm Water Drainage and Solid Waste Management. The benchmarks have been formulated in the form of a Handbook available on www.urbanindia.nic.in. The handbook provides a standardised framework for performance monitoring in respect to water supply, sewerage, solid waste management services and storm water drainage. This will enable state-level agencies and local-level service providers to initiate a process of performance monitoring and evaluation against agreed targets towards achievement of service level benchmarks identified in the Handbook.

The Handbook is the result of work done over a period of about two years and is designed to enable systematic and sustained monitoring of services using standardised indicators with agreed targets and benchmarks. It will help bring about performance improvements in the identified service sectors by (i) helping local decision makers identify gaps, plan and prioritise improvement measures, (ii) enabling identification and transfer of best practice, (iii) enhancing accountability to customers for service delivery levels, (iv) providing a framework that can underlie contracts/agreements with service providers, and (v) making it possible to link decision making on financial allocations to service outcomes.

It is expected that state governments and cities will adopt this performance monitoring framework at the ULB / Parastatal level, and undertake to regularly collate and analyse the performance data to improve quality of the decision making process. Its adoption by all states shall facilitate uniform measurements and reporting systems, which will be of immense help to the management of the service utilities in making the right comparisons aimed at improving efficiency of infrastructure.

Within the limits of available resources and capacity, it is important to set certain standards and goals. The goals do not have to be long-term ones. There can be monthly, quarterly and annual goals.

In order to facilitate better understanding of the benchmarking framework at the cutting edge level, the Ministry of Urban Development is implementing a pilot project on service level benchmarking, which was launched at a national workshop on February 6, 2009. The pilot project covers 28 cities spread across 14 states and one UT, including 16 JNNURM cities. These consist of a diverse mix of cities, ranging from small towns, with under 100,000 population, to mega-cities of 15 million population; cities located in plain as well as in the hills, with varied climatic conditions and institutional arrangements for service delivery. The pilot project is expected to effectively demonstrate the usefulness of the service level benchmarking framework for performance management under different working environments.

The overall objective is to move from concept to practice (‘from reading and talking to doing’) and serve as a demonstration (‘if that town can implement it, we too can do it’). It also aims to promote learning by doing. Benchmarking is being advocated not just as a reporting mechanism or for doing cross-city comparisons, but also as a tool for undertaking objective performance analysis by ULBs to improve their own operations. Accordingly, as part of the service level benchmarking pilot initiative, cities are working towards providing three key deliverables i.e. collation of performance data using the indicators and methodologies outlined in the Service Level Benchmarking Handbook and preparation of SLB Data Book, preparation of Information System Improvement Plan (ISIP) to improve quality of information systems and Performance Improvement Plans (PIPs) and implementation of ISIP and PIPs.

The entire exercise involves working closely with utility/municipal engineers, public health workers, planners and policy makers in the pilot cities so that the data meaningfully identifies performance gaps leading to improvement plans. The intention is to institutionalise the initiative so that it does not remain a standalone exercise.

The entire exercise involves working closely with utility/ municipal engineers, public health workers, planners and policy makers in the pilot cities so that the data meaningfully identifies performance gaps leading to improvement plans. The intention is to institutionalise the initiative so that it does not remain a standalone exercise.

Since the launch of the initiative in February 2009, the pilot city representatives, state nodal officers and consultants have undergone detailed orientation sessions to ensure that the programme is implemented in a uniform manner across all cities. These covered the service level benchmarking framework, including methodological issues, the questionnaires developed for each of the service areas and the implementation steps and support arrangements provided for the same. The first stage i.e. the compilation of baseline data has been completed in all the cities and some cities have also prepared information systems improvement plans. The state governments of Maharashtra, Gujarat, Madhya Pradesh and Karnataka have already initiated steps to roll out this initiative to cities other than those covered in the pilot project.

The programme is steadily gaining momentum and demonstrating how benchmarking can drive performance improvement. For instance, the city of Raipur proposes to address the problem of water supply connections to the poor who were mostly missing from their database due to the high one-time connection fee and cumbersome procedural formalities policy by simplifying the procedures reducing the connection fee. Similarly, Bhubaneswar is also formulating a policy for providing water connections to its poor settlements. It is also considering adoption of flow meters at all storage reservoirs to improve tracking of water availability and losses. While reviewing its solid waste sector, Raipur also realised that its waste collection system yielded dismal revenues. It is now keen on designing bulk charges for SWM collection, based on its peer-learning exercise with Guntur.

Out of 28 cities, five have a per capita consumption above 175 lpcd, with Bokaro having a per capita consumption of 298 lpcd. 17 cities have an overall consumption of less than 130 lpcd, out of which five cities that have a per capita consumption of less than 85 lpcd. The wide disparity between overall consumption of 130 lpcd and per capita consumption less than 85 lpcd reveals high levels of inequity. The analysis of data from the pilot phase shows that the piped access to the urban area is likely to be lesser than 70 per cent, which means that nearly a third of urban populations have to depend upon public stand posts, tanker services and such other means. The order of magnitude for unaccounted water is as high as 40-50 per cent. Continuity in water supply in most cities is much lower than the benchmark. Interestingly, the data also shows that recovery of operations and maintenance charges can very often be managed by simple rationalization and efficient collection of tariff. In respect of sewerage, the coverage is as low as 16 per cent in some cities. In respect of Solid Waste Management (SWM), 8 cities including Delhi have less than 25 per centhousehold level door to door (DTD) coverage.

The Unique Identity Number can open up access for the poor to a lifecycle of services, and such access can be tailored to an individual’s age, their socio-economic grouping and their particular needs.

The service level benchmarking seems to bring about much needed improvements and has also been recommended by XIIIth Finance Commission. We hope that this will greatly facilitate movement towards outcome based approach. 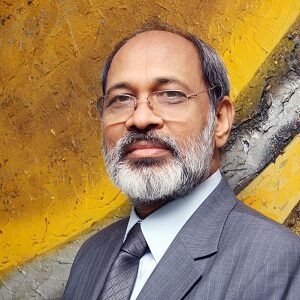 The India Decade How the UID can Make Growth Inclusive

Get the Core Sector Demographics Right