There would go a certain amount of planning to create a capacity, which would be multiplied by the number of states and would have created the utilization and infrastructure. It would be a similar situation within the state as well vis-à-vis the multiple applications deployed, e.g. the capacity required in the case of NREGS may outstrip the capacity required for say Pradhan Mantri Grameen Sadak Yojana.

The question then is how to re-provision the utilities and resources from one to the other, postpone the process of buying, how to make sure that they get maximum capacity utilization and performance on the investments they make in storage and increase efficiency in public IT spending. Therefore it would decrease the per transaction cost which is the cost borne by poor, eventually it makes IT more affordable for poor.

Development in an environment like ours is not equitable. There are pockets of high growth, slow growth and a medium growth. It’s not that the high growth will not come. It will come eventually. But the process would start travelling from low growth, it would build a limited level of acceptability, it would reach a medium growth, which further improves the acceptability, and then it finally gets totally ingrained in the system. How do you predict that? Can you say that a state goes for low utilization for 18 months, medium utilization for 36 months and finally reaches a peak at the end of 60 months? It’s very difficult. So this would bring in higher efficiency of public spending of IT infrastructure.

In traditional or non-virtualised infrastructure they would say that this set of five drives make up a group, then the second set of seven drives make a group, then the third set of twelve drives make up a group. So, even though these were physically housed in one box, physically consolidated, they would still be trying to put some walls around them, trying to keep them isolated. Therefore, what happened was that a given set of drives was utilized faster whereas in another set of drives the consumption went slower.

When at HP, we virtualise storage we are able to break the physical limitations of how many drives make a disk group by simply taking control of all the drives as one consolidated capacity. After that they write an algorithm or management console that allows them to use all the capacity as they want as if there is no wall.

If one set of data or application is requiring a higher storage capacity, it will logically keep growing. While second or third set of application for which there is provision of higher storage capacity but actual data is not much can be re-provisioned for an application which is growing faster. This helps postpone the buying cycle and also improves resource utilization bringing in an enormous efficiency in the cost of infrastructure as well as reduces management overheads.

For the last six years storage virtualisation has been delivered to the customers by a set of very successful products from HP storage work family called Enterprise Virtual Array.

Virtualization also helps improve the response times and performance of data intensive applications. Storage performance is the aggregate of performances of the individual drives. If one has more numbers of disk spindles supporting an application the commensurate application performance would be higher than compared with the same application being supported by lesser number of drives.

“Virtualisation of storage breaks the physical limitations of how many drives make a disk group by simply taking control of all the drives as one consolidated capacity. After that they write an algorithm or management console that allows them to use all the capacity as they want as if there is no wall.“

Typical applications environments including all e-governance applications are characterized by a lot more users seeking information compared to the number of users inputting the data  – if one can search this information across more number of disk drives the response times are better and hence a larger number of searches or users can be accommodated in the same base infrastructure.

But for the registrar, he does not have to worry about how the data is going to grow and at what pace? It’s like having a solid foundation of a building. One can build a base, then a 2nd floor and 3rd floor and so on without worrying if the foundation can support so many floors.

In a traditional, non-virtualized approach, you build a datacenter and realize that you can’t meet your growth needs. What do you do? You dismantle it and buy another.

It is for these reasons perhaps that the government is seriously examining virtualisation. In one of the projects that HP is providing the solution, an innovative  way is being used to protect the investments in earlier storage boxes. The previous generation storage box is attached to the new box, behind the box. That allows the datacenter to see only the new generation storage box and the old one behind it as one combined volume.

HP believes that because there are real tangible benefits, benefits of manageability, reduced administration cost, better asset utilization, the resultant cost saving and thus improved efficiency in public IT spending. 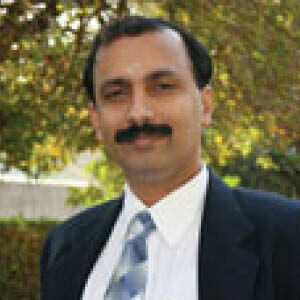 Step to Include All

States Need to be Proactive