What is your take on R-APDRP?  What is its importance to the country’s power sector?

It is the first-ever national project that takes a ground-upwards view of rationalising the entire infrastructure, efficiency and cost structure of the country’s power sector. Also, if the government is able to ensure that the aggregate transmission and commercial (AT&C) losses come down from the current level of between 30 and 35 per cent, to around 20 per cent the resultant savings will more than make up for the cost of the scheme. This is because such reduction will lead to at least 20,000 MW becoming available in the system and the cost for setting up generating units for similar capacity far outpaces the cost of the R-APDRP scheme. More importantly, the scheme has clear timeframes for execution and delivery.

But there have been big-bang announcements of such projects, which have either fizzled out or the progress in which leaves much to be desired. So, what is it that is different in R-APDRP?

The most important difference is in the format of the restructured APDRP. This time, there are basically two parts to the scheme and only if utility completes the first part, can it invest in the second part.  Also, the R-APDRP addresses a very clear end-point, with the framework clearly specified, the outcomes defined and the timelines detailed. More importantly, under R-APDRP, the funding is directly related to the outcomes. You (the utility) meet the outcome in a defined period, the government converts what was initially a loan into a grant. If the utility does not meet this outcome, it becomes a loan that it has to pay back. Also, the programme has tried to minimise the work that is required to be done on the field– preparing a shortlist of consultants, system integrators and project executors–to reduce the time that such work normally takes.

Will change management become a major issue under R-APDRP? Is there any inherent incentive built in the scheme to account for capacity building?

Again, power in itself is a core technology domain and people in this sector are used to technology. Thus, introduction of information technology is just another technology, the resistance to which is unlikely to be very high. Also, programmes which have commercial outcomes are easy to manage. I agree, however, that manpower is an issue that has its implications. But since most power utilities have not been hiring for years, they need to take advantage of the IT tools to become more efficient. Further, the goals here have been quantified and since most utilities are today independent companies, any improvement in the work environment has its benefits.

In itself, R-APDRP implementation will have a far-reaching impact at the ground-level. What is in it for the people in the utility?

From a service delivery perspective, the IT investment will give the utility the real idea about its losses, its revenue and even enable real-time interface with the consumers. Also, once the utility has identified its losses, it can take steps to start plugging them, in turn bringing order to its balance sheet. This can help the utility realise its true asset base and value. Also, more importantly R-APDRP is the only scheme which gives incentives to people of the utility if they are actually able to meet the loss reduction targets.

So, will it spur privatisation?

While privatisation is purely a decision for the government to take, if a utility is able to determine the right value of its assets and liabilities, it can surely attract the interest of other corporates. Also, as privatisation of the generation space picks up, private players are unlikely to supply power to a utility that it now knows does not have the capacity to pay.

Do you feel that the specifications laid out in R-APDRP are too rigid for a sector where technology changes every six months?

This is one project that does not follow either the set road path or ‘do-it-as-you-please approach’. It has laid down the framework and it is for the system integrators-who will be different in different states–to select the technology that best fits their bill. Importantly, it balances freedom and restriction. The utilities have been specified the baseline requirements even as they have clarified that what technology is going to be used eventually depends on the bidder, on the system integrator.

It appears that IT consultants who have bid for projects under R-APDRP have quoted unrealistic rates. Do you think the industry has not understood the scope of the work?

I think in any competitive bidding environment, it is the call of that bidder. Here, the scope is very clear. But, it is a new game for a lot of people and some players may have taken a strategic decision to get into these initiatives early enough to get a larger view of what is happening.

What is Microsoft’s unique proposition in R-APDRP?

The IT enablement part of R-APDRP has an outlay of $2 billion. This includes things like automated meter reading, customer relationship management, GIS, core utility applications, etc. Here, what you must remember is that Microsoft has a platform around which our partners can build solutions for the utilities. The uniqueness of our position is that we have an end-to-end offering right from the desktop going up to the core of the data centre.

The core platform comes from Microsoft; then we can bring in solutions with our partners whether in the GIS area, meter data management, billing, CRM, core utility applications. From an implementing agency perspective, we have the complete offering from a software platform standpoint. More importantly, the value proposition from the user standpoint is familiarity of the platform. The user is not going to see the data centre but the front-end interface. And, today, most users are familiar with the Microsoft platform.

Tags
2009 Archives I Dream Past Issue 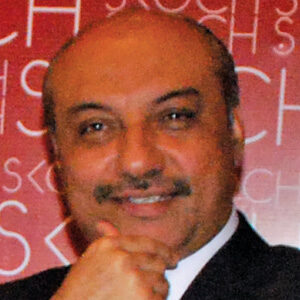 IT Enablement Key to Distribution Reforms

On the Fast Track to Powering India